Another month, another record price for a classic Ferrari, Jaguar, Mercedes or whatever. In August 2014, the most recent peak year for auction prices, a 1962 Ferrari 250 GTO was sold for an eye-watering $38 million. The previous record ($291⁄2 million) had been set just a year earlier, for a 1954 Mercedes-Benz W196 racer. In February 2016, a 1957 Ferrari 335S was auctioned in Paris for over $35 million, while a few months later a 1955 Jaguar D-Type fetched nearly $22 million. Private sales are rumoured to realise even higher numbers.

Although prices seem to have plateaued for the moment, records are still being set in certain categories of classics. Just what is it that underpins the staggering prices the ultra-rich are prepared to pay for classic cars these days? Below are a few pointers, though many of my broad classifications overlap to a degree.

Cars produced in very small numbers can be valued extraordinarily highly. Consider the Bugatti Type 41 "Royale", a 3,2 ton, 12.7 litre, eight cylinder behemoth built between 1927 and 1933. Bugatti's dream of selling 25 to royalty as the most luxurious car ever was sadly never realised: eventually only six examples were produced. The sole prototype was destroyed but the remaining six all still exist. One was retained unsold by Bugatti, who bricked it up in the family home during WW2 to avoid it being commandeered by the Nazis. In 1950 this "Kellner" Royale was sold, along with a second, to American racing driver Briggs Cunningham for about $600 plus two new General Electric refrigerators! The Kellner Royale was auctioned in 1987 for $91⁄2 million, a rather satisfactory return on investment for Mr Cunningham's collection. One can only speculate as to the price this vehicle might command today.

Most readers will be familiar with the Cobra, that lairy, pumped up, chrome-laden, fibreglass replica of the 1960's original. Noisy and often driven badly, most we see today are crude copies of their illustrious predecessors. The original AC Cobra was, indeed, a landmark car born out of archetypical boer maak 'n plan necessity, except in this instance it was an American poultry farmer turned racing driver and a back-to-the-wall British sports car maker who became strange bedfellows. In 1961, two coincidental events piqued Le Mans winner, Carrol Shelby's interest, and the rest, as they say, is history. The first was Ford commencing production of their 260 c.i. V8, the second was British manufacturer Bristol's cessation of production of their six-cylinder engine used until then in the AC Ace sports car. Shelby had the light bulb inspiration of mating the American V8 with the British Ace; the result – the AC Cobra, a 150+ m.p.h. car that sold for a fraction of the price of anything with comparable performance. The Cobra went on to a long and illustrious racing history. The original prototype Cobra was sold in August 2016 for no less than $101⁄2 million. There is only one original Cobra prototype: hence the stratospheric price. 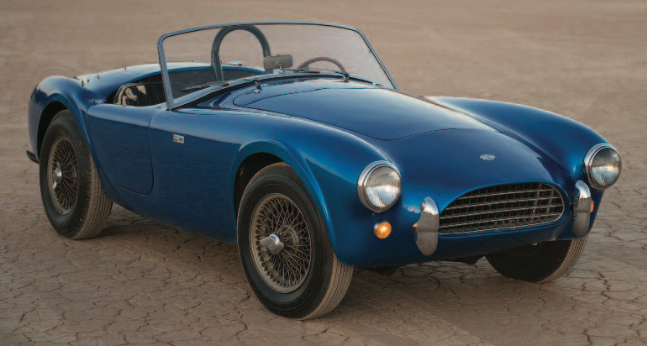 
As already mentioned, the 1962 – 1964 Ferrari 250 GTO is the undisputed top dog in the pricing stakes, and is generally regarded as the greatest and most desirable sports car of all time. "GTO" stands for "Gran Turismo Omologato": in its day the GTO was built to compete in GT racing, against the likes of the Shelby Cobras, E- Type Jaguars and Aston Martins.

Regulations at the time required production of at least 100 examples of any vehicle to be homologated (approved for sale) for Grand Touring Car racing, but only 39 GTO's were ever produced. It is claimed that the wily Enzo Ferrari eluded the regulations by numbering the chassis out of sequence, and shuffling cars between different locations so as to fool FIA inspectors into believing all 100 had in fact been produced. Notwithstanding these shenanigans, the GTO went on to rake in a slew of top level victories. When new, a GTO cost $18 500; and potential purchasers were vetted by Enzo Ferrari. By 1969 it was regarded merely as an obsolete racing car having an outdated front-engine layout and prices dropped to a lowly $2 500. By 1986 it breached the $1 million mark, and the rise continued inexorably, with only the car market crash of the early '90's temporarily arresting its move to stratospheric levels. In a 2013 private sale, a 250 GTO, built originally for Sir Stirling Moss and having a long and illustrious racing history, is reputed to have realised around $52 million. Current owners of 250 GTOs include Pink Floyd drummer, Nick Mason.

It remained there unmolested, relatively undamaged and original apart from being repainted, until 2016 when it fetched about $8 million.
The connection to Moss, one of the greatest racing drivers of all time, plus in-period finishes at Le Mans, the Mille Miglia and other key circuits greatly add to the appeal and thus elevated the price that was realised. The record price for a C-Type is considerably higher though, $13 million, realised in 2015. As mentioned earlier, a later D-Type, also with Le Mans winning heritage, recently fetched nearly $22 million.

Aston Martin's DB 4 and DB 5 models have become highly collectable in recent years, the latter in particular owing to associations with a certain Mr Bond. Once relatively affordable, their combination of stylish body- work, clubby chrome and leather interiors, and powerful engines together with the advantage of relatively civilised road manners

(even by modern standards) has seen demand for these models skyrocket. Prices now start at around £400 000 for quality saloons (Aston speak for coupés), and 40 – 50% more for the Volante (convertible) equivalents. Even sad wrecks requiring total ground-up rebuilds can change hands for £100 000 or more.

When Lamborghini launched the Miura at the 1966 Geneva Motor Show, it had a stellar reception for both its sensationally beautiful styling and ground-breaking transverse mid-engine design. It is regarded as one of the most important technological milestones in Lamborghini's history and was, in its day, the fastest road car with a top speed of around 270 km/h. So advanced was the Miura that it took Ferrari seven long years to launch a direct competitor. Notwithstanding somewhat unpredictable handling and an engine prone to bursting into flame when caught in traffic, it was an immediate hit with the rich and famous. Today it is regarded as the prototypical supercar and regularly features at or near the top of authoritative lists of the most beautiful cars of all time. Its launch price of around $20 000 would have bought four E-Type Jaguars. Today expect to pay upward of $2 million for a good example.

Readers of a certain vintage will vividly recall Thomas Magnum (Tom Selleck) of Magnum P.I. fame leaping effortlessly into his Ferrari 308 GTS and roaring off in pursuit of some malevolent lowlife. The so-called "generation effect" has resulted in a group of collectors, now comfortably off, able to afford cars that were once the subject of their teenage fantasies and bedroom posters. The 308/328 GTB and GTS lack the attributes of rarity or limited volume: over 21 000 examples left the factory doors in Maranello between 1975 and 1990. Nonetheless, they remain among the most beautiful of modern Ferraris, are relatively straightforward to maintain and to this day provide a thrilling drive. In South Africa, until a few years back, a very good 308 could be bought for as little as R400 000. Local prices now regularly exceed R2 million. Ironically, for the first two years of production, the 308s were bodied in GRP (fibreglass); from 1987 production switched to steel. Initially the early models were regarded as inferior, nowadays these vetroresina models command a price premium owing to the combination of rarity (again!) and superior performance resulting from lower weight. An excellent example of a 308 was sold recently for R2.2 million in Johannesburg within two hours of the advertisement appearing. It is the new owner's 30th Ferrari in his collection of "moderns". 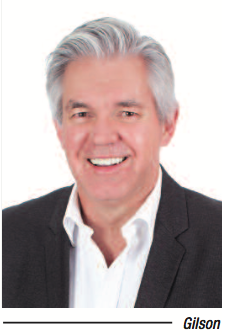 So where to now? The relative inactivity in prices for the moment are perhaps as a consequence of a market that was borderline overheated or possibly also because of the continuing inability of Western economies to recover significantly from the 2008 recession. Nonetheless, there are still plenty of investors looking for reliably high ROIs and for the past decade or so classic cars have delivered extremely well in the investment stakes. And wealthy new collectors are now emerging in regions such as the

Middle East, Russia and China. They now bolster prices, and cushion the slight drop in demand from traditional collector countries.

Another consequence is the startling rise in prices of more mundane cars. Prices of "modern classics" such as the 1960s Alfa Romeo Spider (as driven by Dustin Hoffman in "The Graduate") and high performance variants of prosaic econoboxes such as the original Mini Cooper S
(three-time winner of the Monte Carlo Rally), are now in the hundreds of thousands of Rands. Similarly Ford's high performance Cortinas and Escorts, hugely successful in rallying and racing in their day, have rocketed in price: an original Mk 1 Lotus Cortina can now command R500 000 or more. This is obviously good news for owners of such cars, yet alarming for aspirant collectors (such as the writer) watching the cars of their teenage dreams moving ever further out of their range of affordability.

Gilson is a Partner with Spoor & Fisher.