Informed consent and the responsibility of healthcare practitioners June 2019

The Supreme Court of Appeal was recently called upon to adjudicate an appeal relating to a claim based on an alleged failure to obtain informed consent for a medical procedure. In the case of Beukes v Smith (211/2018) [2019] ZASCA 48 the appellant appealed against an order dismissing her claim because she had failed to establish the basis for liability against the respondent. She alleged that the respondent failed to inform her of the full range of treatment options available to her for the treatment of a hernia, that he unilaterally decided to perform a laparoscopic hernia repair, and that this resulted in her sustaining a perforation of her bowel. 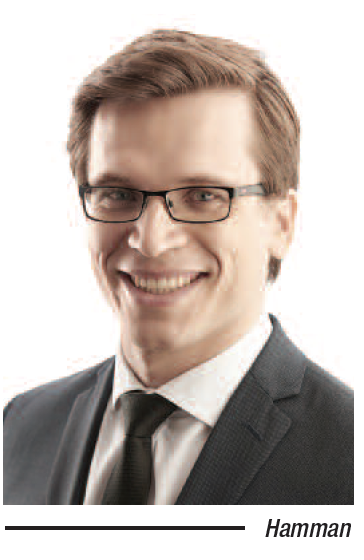 During November 2011 Mrs Beukes was admitted to hospital in Mahikeng. She complained of abdominal pain and distension. A doctor at Mahikeng thought she was suffering from, amongst other things, a femoral hernia in the right groin area. Mrs Beukes was referred to Dr Smith at the Life Anncron Hospital in Klerksdorp for further treatment.

On 21 February 2012, Dr Smith and Mrs Beukes met for the first time at his consulting rooms. Mrs Beukes informed him that she had been experiencing abdominal pain which had recently begun to worsen. Dr Smith reviewed the clinical records available to him (including a letter from the doctor who had referred Mrs Beukes, and certain CT scans she had brought with her) and took Mrs Beukes's medical history. On the basis of the information at his disposal, he made a provisional diagnosis of a sub-total bowel obstruction secondary to previous surgery, an ovarian cystic mass and an inguinal hernia.

Dr Smith arranged for Mrs Beukes to be admitted to hospital. He first consulted radiologists at the hospital in an attempt to get better insight into Mrs Beukes's CT scans, but they were not able to assist any further. Dr Smith then discussed matters with Mrs Beukes. A decision was taken to proceed to theatre to perform a laparoscopic hernia repair the next day.

The surgical procedure was performed on 23 February 2012. Dr Smith found and repaired a hernia that had attached itself to Mrs Beukes's bowel at an old appendix scar. He discovered an ovarian cyst and removed this as well. Mrs Beukes was discharged from hospital on 28 February.

Three days later she was readmitted to hospital under Dr Smith's care. At that time, she complained of severe pain in her abdomen and rectal bleeding. Dr Smith was concerned and she was returned to theatre on an emergency basis. During surgery, Dr Smith discovered a perforation in Mrs Beukes's colon from which septic fluid was leaking, and which he repaired. After the surgery, Mrs Beukes was admitted to the hospital's intensive care unit. She then endured a long and difficult period of recovery that involved a number of further surgical procedures and hospital stays.

In April 2014 Mrs Beukes instituted action against Dr Smith and the Life Anncron Hospital. She claimed that the defendants had failed to exercise reasonable skill, care and diligence in treating her, which resulted in her suffering damages, and also that they failed to obtain her informed consent to the first procedure performed by Dr Smith.

The claim against the Life Anncron Hospital was withdrawn, leaving Dr Smith as the only defendant. Mrs Beukes and Dr Smith appointed experienced surgeons as expert witnesses, both of whom agreed that Dr Smith had not been negligent when performing the initial procedure nor in his management of Mrs Beukes when she returned to hospital. This left only the claim on informed consent.

Mrs Beukes's case ultimately rested on her allegation that Dr Smith took the decision to perform the hernia repair procedure as a laparoscopy (using small incisions in the abdomen and a camera to guide surgical instrumentation) instead of a laparotomy (working in the abdomen through one larger incision) without informing her of the relative risks and benefits of the two types of procedure, and in particular that he did not inform her that the laparoscopic procedure carried a higher risk of bowel injury, as happened to her.

Dr Smith, for his part, contended that Mrs Beukes gave him informed consent orally after he had explained both procedures to her. In his evidence he explained that he had considered that surgery may be necessary at the time of their first consultation, but that the final discussion concerning the procedure was held the following morning, after Mrs Beukes had been admitted to hospital. At that point, he informed her of the relative material risks and benefits of the different procedures, after which Mrs Beukes elected to proceed with the laparoscopy. She gave her consent orally to Dr Smith. Although she signed a form confirming that she had consented to the procedure, this form, as provided to the hospital staff, contained very little information and was of limited evidentiary value.

The experts could not agree whether Dr Smith had obtained informed consent from Mrs Beukes, but did agree that both procedures carried a risk of bowel injury (which could lead to very serious complications) and that the laparoscopic procedure was associated with a higher risk of such an injury. The laparotomy on the other hand was associated with a higher risk of post-operative infection.

The court of the first instance found in favour of Dr Smith, ruling that he had proven to be a more reliable witness than Mrs Beukes and that his version should be preferred. The SCA ultimately agreed with the court a quo and Mrs Beukes's appeal was dismissed, finding that Dr Smith had covered the range of treatment options available to her along with the associated benefits and risks, and that it could not be said that he had acted negligently in relation to the informed consent discussion.

Importance for claims based on a lack of informed consent

Although the SCA based its ruling primarily on whose evidence should be accepted and whose rejected, the judgment confirms a number of important aspects relating to claims based on informed consent.

Firstly, the approach to claims based on an absence of informed consent was confirmed. Courts adopt a so-called "patient based approach" which is guided by a patient's right to self-determination. A patient should be afforded the opportunity to consider treatment options and may even elect to refuse to undergo surgery at all. Where patients consent to treatment, they accept responsibility for unintended (non-negligently caused) harm in terms of the doctrine of volenti non fit injuria.

Secondly, informed consent speaks to the wrongfulness element of delict. For a patient's consent to be sufficient to exclude wrongfulness on the part of the doctor concerned, the doctor must warn the patient of the material risks involved. A risk will be considered to be material if a reasonable person in the patient's position would likely attach significance to it, or where the doctor is aware that the particular patient before him would likely attach significance to it.

Thirdly, the court was satisfied with verbal informed consent. Dr Smith had kept relatively comprehensive records regarding his treatment and consultations with Mrs Beukes, but there was no contemporaneous note containing detail of the discussion weighing up her treatment options. The court accepted Dr Smith's version regarding the timing and content of the informed consent discussion.

Lastly, in delictual claims based on a lack of informed consent, it is not enough to prove that the patient was not adequately informed prior to agreeing to a treatment course. Causation is still a requirement. In the present instance, the court remarked that Mrs Beukes had not proven that the perforation of her bowel would likely not have occurred if Dr Smith had performed the laparotomy instead.

Hamman is a Senior Associate with MacRobert. The supervising Director was Katherine Greig.