When did saving lives become a decision on who gets to live? June 2020

"I had the worst day of my whole Nursing career today. We were literally discussing who gets to live and who dies – there are not enough ventilators in our hospital for all who need one. My heart is broken. How did we get here?" 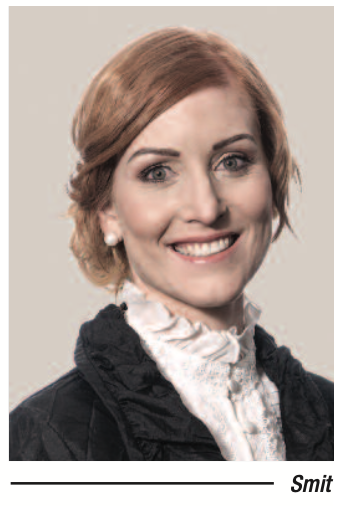 Since COVID-19 hit, I have been reading posts like these from my nursing colleagues across the globe; people I had worked with, as well as those I have never met – everyone feeling despondent about a situation that you hope you never encounter as a health-professional. A situation where the life or death decisions become yours – not the family's – not as a result of a DNR order (Do-not-resuscitate order), and not where a person enters the terminally ill stage despite your best efforts.

Ask any person working in the medical field – it is the one situation we all despise and pray never happens. Because the whole point of becoming a doctor, a nurse or any type of health care worker is to save lives, not to decide who will die. That has never been, and still is not part of the deal.

So we must ask ourselves, as my friend did: How did we get here? Why did this happen and more importantly, how can we fix this? Because at their core that's what health professionals do – they fix people. They work tirelessly under difficult circumstances and go home knowing that, today, they saved someone's life. That makes the long hours, the exhaustion of busy night-shifts and the salary that doesn't pay what it should, worth it. They don't do it for the money.

In mid-April, CNN reported that the coronavirus could “devastate the countries that lack healthcare equipment and infrastructure". According to data provided by the IRC, South Sudan reportedly had just four ventilators and 24 ICU beds for a population of 12 million people.

But that was not the worst of it, the list continued. Burkina Faso had 11 ventilators, Sierra Leone 13 and the Central African Republic had three. Places like Venezuela had only 84 ICU beds for a population of 32 million people. The numbers were alarming to say the least, and the experts became more and more concerned as the virus took hold of big economies and established countries, wreaking havoc everywhere it went. The world was scrambling to get itself to a place of readiness before the COVID-19 wave hit. For many countries, their response time was dismal – the death toll confirms it to this day.

The WHO estimated that, more or less, one in every five people who contracted the virus would require some form of hospital care. At the centre of this disaster was the fact that no one appeared to have enough ventilators ready to be used as needed.

This shone a light on a bigger, more difficult problem, a problem not easily fixed – the cost of health care.

Because what we have to understand is that mechanical ventilators, like the ones needed in treating symptoms of COVID-19, are highly complex, sophisticated and extremely technical medical devices which require considerable expertise in research, design and manufacturing.

As a result, they are costly to manufacture and require rigorous testing and proof of safety to be approved by regulatory bodies like the FDA in the US and SAHPRA in South Africa.

This testing and all the associated processes before a ventilator makes it to market, are part of what makes them so expensive.

A mechanical ventilator comprises a computerised box which sits on top of a mobile trolley. The screen is either a touch screen, or controlled with different buttons and dials. The settings chosen via the different screen-pages and treatment options allow for a patient's breathing to be either sensed and supported by the ventilator or completely controlled by the ventilator which allows adjustments such as how long inhalation for a patient lasts, how much and how often air is received, the concentration of oxygen within the air, how much pressure the patient's lungs are inflated to and the temperature and humidity of the air.

In other words, these machines perform life-saving interventions each second they are in use.

The only problem with these human lungs is their price. One medical ventilator can cost up to US$50 000, which is about R920 000.

R920 000 for one ventilator…and we need thousands of them. The fact is that there aren't hundreds of warehouses filled with ventilators on shelves waiting to be picked up and put to use. They are made to order. Add to this the fact that you need highly trained and experienced nurses to control and monitor the functioning of the ventilator and your problem just got a bit bigger – there are not enough of them either.

This is partially how we got here.

The world reached this point, to an extent, because the cost of ensuring the safety and efficacy of highly sophisticated and technical medical products such as a mechanical ventilator is high. Companies spend millions of dollars in R&D each year to ensure their pipeline products reach a point where testing is possible but, from there, the road is still a long and expensive one.

However, we need to remember the bigger picture and, though a ventilator would take centre stage in the picture the world is currently looking at, it can't carry the blame alone. In fact, one could argue that it should carry no blame at all. Had governments across the globe had their affairs in order when COVID-19 hit, the outcomes may have been very different. Instead, we witnessed health systems buckle and crumble under this challenge. Many questions around cost and allocation of funds arose and people took a long and hard look at what the actual picture of health care looked like in their respective countries. It wasn't pretty.

Italy reported 919 COVID-19 deaths per day on 27 March. To 1 June their death toll reached 33 415 with 233 197 confirmed cases. It was an onslaught like no other. The fact that their country had a big elderly population that were most at risk of contracting and dying from the virus, did not help. Yet, despite the incredible strain on their health system, the mammoth effort by all health professionals saw the largest drop in new COVID-19 cases (178) on 1 June. Active cases fell to 42 367 cases. The number of deaths reported in a 24 hour period fell to 60 on 31 May – the least since 26 February.

The UK and the US have their own horror story to tell. The US having 1.7 million confirmed cases of COVID-19 and a death toll of 102 640. Fights over ventilators between Senators of different states made headline news and serious questions were asked about President Trump since response times were slow and federal support to different states seemed to be non-existent.

In the UK nothing hit home more than when it was confirmed their Prime Minister, Boris Johnson, had contracted COVID-19 and was being treated in ICU. Their numbers reached 38 489 deaths and 274 766 confirmed cases on 1 June.

This continues to point to a single problem: the cost of health care – the burden on state facilities when they are not actually fully equipped to handle extreme situations like COVID-19, and the fact that budgets for health care are always lacking and never 100% of what they should be.

This cost, which includes facilities, infrastructure, medical devices and machinery like ventilators, sufficient trained and qualified staff and capacity to be able to treat additional patients for any unknown event, now includes 373 548 lives.

The tragedy of COVID-19 has been a great equaliser, and a reminder that we are only as prepared as our preparation in the past allows. You can't magically, overnight, expect a hospital which has not received funding in ten years to update their emergency department capacity, build extra theatres or ICU beds and have sufficient numbers of trained staff, or become a first class facility with capacity to deal with extreme situations like COVID-19.

What can be done is to be consistent in how the health care system in a respective country is addressed – not all countries have the same capacity to spend on health care, but all countries have the capacity to look at health care in a new and different manner. To see healthcare as something into which you put money and effort today, in order for it to return the favour in three, ten or fifty years when you have an outbreak of COVID-19 or Ebola, or something new and far worse than we have seen.

Because, let's be honest, with the new age we are in, the surge in technology and the mix of culture and tradition with new developments, some superbug (or many of them) is bound to make its way into the world again at some point. It is for an unknown situation like that to which funding must go now.

Burnett is a Partner with Fasken (South Africa).