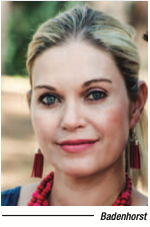 Legalities pertaining to surrogacy in South Africa are prescribed by the Children's Act, (38 of 2005) Chapter 19.

The following are the main requirements needed for a successful surrogacy application:

Chapter 19, in particular s294, of the Children's Act reads:

The first applicant was a 56 year old single woman who has been trying for 14 years to conceive a child of her own. Between 2001 and 2011, she underwent 18 unsuccessful rounds of In-Vitro Fertilization (IVF) and two miscarriages. She was advised to consider surrogacy as a next option. As her eggs that were donated for the IVF process were no longer viable and because she had no partner to contribute sperm, she was informed that she could not legally enter into a surrogacy agreement due to the restriction set out in s294 of the Children's Act.

This case centered around a claim that s294, the requirement of a genetic link in surrogacy was against her constitutional rights, including those related to equality and human dignity.

Judge Anneli Basson agreed and held that this section "is inconsistent with the Constitution for violating rights including equality, privacy, dignity, the right to bodily and psychological integrity, the right to health care of persons who are unable to contribute a gamete or gametes in the surrogacy arrangement." In her judgment, she said, "A family cannot be defined with reference to the question whether a genetic link between the parent and the child exists. More importantly, our society does not regard a family consisting of an adopted child as less valuable or less equal than a family where children are the natural or genetically linked children of the parents".

This ruling would have a profound effect on the lives of many people including couples where both the man and woman are infertile, gay couples and elderly couples.

The matter was referred to the Constitutional Court in Bloemfontein for confirmation of constitutional invalidity.

On 29 November 2016, the Constitutional Court ruled on the matter of AB and Surrogacy Advisory Group v. The Minister of Social Development and found that the "genetic-link" requirement for surrogate motherhood agreements is constitutionally valid. It does not unjustifiably limit the rights of persons who cannot contribute their own gametes for surrogate motherhood agreements and upheld that at least one parent must donate gametes for a surrogacy agreement to be legal.

In the majority judgment, Justice Bess Nkabinde found that the provision does not unjustifiably limit the rights of the applicants to equality, reproductive autonomy, reproductive health and privacy. She said that the requirement of donor gametes within the context of surrogacy served a rational purpose of creating a bond between the child and the commissioning parents or parent.

The Constitutional Court found that s294 of the Children's Act was rationally connected to its purpose, which is to safeguard the genetic origin of a child and to create a bond between the child and the commissioning parents or parent, and acknowledged that children born of surrogate motherhood agreements do have an interest that needs to be protected by laws that will ensure that they can know at least one of the genetic parents.

Should it not be possible for a parent to contribute a gamete, the parent still has other options available, for example, adoption or even applying for Gestational surrogacy (where embryos are usually derived from gametes from one or both of the intended parent(s) but also may be derived from donated oocytes, donated sperm, or both) in overseas countries like the United States where international parents can apply for surrogacy and where it is legal in 46 of the 50 U.S. States.