Academics and pandemics: A student’s perspective during the lockdown June 2020

For many people (including myself), the 1st of January 2020 felt like a day that couldn't come sooner. 2019 had been an especially difficult study year, with the leap from first to second year comparable to an Olympic long jump. However, what I didn't anticipate is that 2020 would spiral into disaster, almost from the get-go. 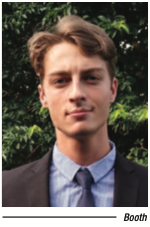 UKZN students began the year in the usual fashion – one or two introductory lectures followed by an extra two weeks of holiday as our colleagues vented their frustration at the University and NSFAS respectively. However, the SRC and relevant university officials managed to quash the unrest relatively early on and lectures slowly recommenced. In conversation with a classmate shortly thereafter, I recall uttering the phrase "the worst is over" regarding the likelihood that the strikes would continue. However, good old Murphy was eavesdropping, holding his satchel of bad luck – preparing the unthinkable. And like clockwork, a virus initially described as a strong case of the sniffles managed to globetrot its way from Wuhan to sunny Durban – taking a few pit stops on the way. With that, the university was once again closed and lectures ground to a halt.

At first, my fellow students and I were a little less than upset to learn that we would be given 21 days to get ahead with work and take a productive break from the daily grind. However, the severity of the situation manifested itself into what we now acknowledge to be one of the darkest moments of the 21st century.

And so, here we are, six months after COVID-19 was originally detected. The global economy has shut down, tens of millions of people have filed for unemployment worldwide, and the word of the day is "uncertain". What I'd give to go back to a time where I could buy milk without a mask fogging up my glasses. But, with a roof over my head, running water and a fully stocked fridge, the issue of misty specs pales in comparison to what the majority of South Africans are experiencing right now. So often, we take for granted the luxuries that millions of people go without, and this pandemic has only highlighted what we have known for decades. That being said, while I am definitely privileged to find myself in a position of safety and security, the virus and subsequent lockdown have certainly impacted my life as a student.

This morning, I got up at half past twelve in the afternoon (a joke my parents found amusing). Sleeping in late is not something I have developed as a consequence of having nothing to do, but rather as a result of how time seems non-existent in the lockdown. Because I have nowhere to go all day, I can work at what would generally be considered ungodly hours and get twice as much work done. I have always found studying at night a lot easier as there are fewer distractions, so in this regard the lockdown has actually been a benefit to my work ethic. However, not all my fellow students share similar experiences and the following is a quote I received from a classmate:

"The lockdown has negatively affected my work ethic, it has made it non-existent. It has also made me despondent to any form of work."

It seems that, for a vast number of students, the lockdown has been nothing more than a demoralising ordeal and I lament with them that, had the virus never touched our country, we would currently be nearing the end of our semester syllabus.

This virus also comes at an especially stressful time for a lot of law students in particular. Most third and fourth year LLB students have no doubt already begun the process of applying for articles of clerkship and would probably have received concrete feedback by this stage, if the lockdown hadn't occurred. Students who have already secured articles are in no way exempt from the stress that encumbers those without. Those who have signed their two year contracts are uncertain as to whether their periods as candidate attorneys will start later, or whether the companies they have signed on with will even be in a position to accommodate them. A classmate who has obtained her two year contract commented:

"The lockdown has definitely increased my anxiety. I am concerned about finishing my degree on time and worried about my future."

It is evident that uncertainty is the biggest factor eating away at students. As it is impossible for anyone to predict what might happen in the near future, we are stuck in a form of limbo from which there seems no escape.

The "new normal" implies an emphasis on growing accustomed to online learning, and interaction has been somewhat changed. The lecture staff of UKZN have done their best to keep us abreast with module content, and the human aspect of understanding through oral communication has not disappeared. To supplement this requirement, Zoom calls have made it possible to communicate directly from the comfort of one's home. However, lecture hall interactions will never fully be replaced; I for one can attest to learning a lot through the questions asked by other students that I would never otherwise have considered.

As I write this, the university has just sent out an email providing data bundles to students without network access. UKZN has had an immensely difficult year, and, as a student, I am proud to attend a university that cares deeply about the future of its students. With regards to online learning and the change over from physical lectures, a classmate said:

"My experience with online learning has helped me realise the benefits of contact learning. The situation is not ideal however I do believe the University has made reasonable provisions in light of its current financial situation."

In summation, to all my fellow students reading this, it is important to remember that we are all in the same boat, and it is up to us to plug the hole in the hull. I hope that collectively, we will not allow the situation to make us despondent or discouraged but rather, that we will emerge from this as stronger students.

Booth is a student at the University of KwaZulu-Natal.