Ziegler South Africa (Pty) Ltd v South African Express Airways SOC Limited and Others [2020] ZAGP JHC 29 (6 February 2020) illustrates a dilemma of an air craft company opposing the application to commence supervision and place it (the company) under business rescue proceedings in terms of s131(4)(a) of the Companies Act (71 of 2008). 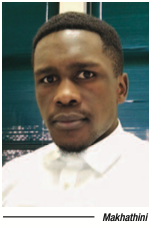 The applicant approached the South Gauteng High Court in terms of s131(1) of the Act for an order to place the respondent under supervision and commence business rescue proceedings. For present purposes, the court may, in terms of s131(4)(a) of the Act, make an order as envisaged in s131(1) if it is satisfied that:

(i) the company is financially distressed;
(ii)… ;
(iii)… and there is a reasonable prospect of rescuing the company.

Rescuing a company has been held to be either achieving solvency or a better return for creditors or shareholders (Oakdene Square Properties (Pty) Ltd and Others v Farm Bothasfontein (Kyalami) (Pty) Ltd and Others 2013 (4) SA 539 (SCA) para 31). The aim of this note is to assess the approach adopted by the judge, Dippenaar J in interpreting the 'reasonable prospect of rescuing the company'.

On the merits, it was common cause that the respondent was, in terms of s128(1)(f) of the Act, financially distressed in the sense that it was not able to pay all its debts when they fell due and payable; nor was it reasonably likely that it could make such payments within the immediately ensuing six months. It was also not disputed that the respondent had relied on the government for substantial cash injection since 2017. The applicant's case was based on the information contained on the report from the Auditor General regarding the respondent's affairs.

Dippenaar J held that the respondent had failed to provide cogent and comprehensive information to rebut the applicant's argument about its affairs. The court further held, in favour of the applicant, that the contents of the report from the Auditor General were enough to constitute a reasonable prospect of rescuing the respondent.

The court was not in doubt about issues of inaccuracy on the financial information before it. However, it sought to justify the discrepancies by indicating that a proper assessment could only be made once the respondent's affairs were properly disclosed (para 57). Although this justification may be true in appropriate circumstances, it is questionable in this instance. In essence, this justification gives rise to the question of whether the application was based on hope, this being an approach which earlier judgments had correctly criticised (Welman v Marcelle Props 193 CC and Another [2012] ZAGP JHC 32 (24 February 2012)) para 26.

In Welman, it was established that business rescue is not for terminally ill companies. After acknowledging that there were discrepancies in the financials before the court and that the respondent was in a dire financial position, Dippenaar J concluded that the respondent was not terminally ill. The silence or failure of the respondent to adduce evidence on its financials could not, in the writer's view, be a legally justified reason for holding that a reasonable prospect of rescue had been established. This view is supported with reference to Oakdene where the court held that a reasonable prospect of rescuing a company requires more than a prima facie case or an arguable possibility. However, Dippenaar J appears to have placed more emphasis on the respondent's failure to rebut the applicant's case and little on what the applicant had adduced.

The court's view was ad idem with the Auditor General's report indicating that the financial distress of the respondent could be attributed to poor management. However, the judgment is silent on how the new management was going to salvage the sinking ship. Although a case is decided on its own merits, it bears mentioning that the court in New City Group (Pty) Ltd v Pellow, China Construction Bank Corporation Johannesburg Branch v Crystal Lagoon Investments 53 (Pty) Ltd [2014] ZASCA 162 (1 October 2014) rejected the mentioning of new management as a reasonable ground for the purposes of s131(4)(a)(iii) of the Act. The reasoning would have been of assistance to the court.

It is further submitted, with respect, that the judgment appears to have lowered the bar quite severely and to the discomfort of the regime of business rescue. Although in New City Group, Maya JA warned that the bar must not be too high, a low yardstick may also prove a threat for all stakeholders.

While a trend of unsuccessful business rescue applications may stigmatise the system, successful applications may contribute to an even greater form of stigma if the merits clearly indicated lack of reasonable prospect, and where immediate liquidation would have been better for creditors and other stakeholders. An order authorising business rescue of a chronically ill company will diminish the purposes of the system, mainly to expedite the recovery of ailing companies. Our courts need to give cognisance to s7(k) of the Act by adopting a more balanced approach when interpreting s131(4)(a).

Makhathini is an Admitted Legal Practitioner (non-practising), and an LLM Candidate (UKZN). He writes in his own capacity.