The COVID-19 pandemic has had a devastating global impact. Governments have had to take drastic steps to curb its spread; South Africa is no exception. On 25 March, the South African government took decisive action by declaring a nationwide lockdown in an effort to flatten the COVID-19 curve. This initial five week lockdown was set to end on 30 April and was a necessary step, given the critical and life-threatening nature of the pandemic. However, it is undeniable that the economic cost and impact of the extended lockdown will be far-reaching, and will undoubtedly result in challenging trading conditions in South Africa for the foreseeable future. 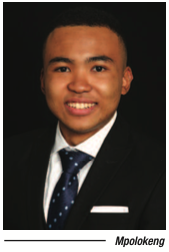 Against this adverse backdrop, directors of South African companies and businesses are encouraged to take practical and proactive steps to mitigate losses to facilitate the survival of their businesses during these difficult times. However, with that said, challenges such as financial distress remain a serious consideration, and business rescue proceedings will certainly be one of the options considered in the months and years ahead.

Business rescue and remuneration of practitioners

Business rescue was introduced by Chapter 6 of the Companies Act (71 of 2008) as a means of facilitating the rehabilitation of a financially distressed company in a manner that balances the rights and interests of all relevant stakeholders. This is achieved by reorganising or restructuring the distressed company's affairs and business in a manner that maximises the likelihood of the company continuing to exist on a solvent basis, as a commercially viable entity. In this regard, business rescue practitioners play a pivotal role and are tasked with managing and overseeing the distressed company, in substitution for the company's incumbent board of directors. The objective is to turn the company around according to a business rescue plan.

Practitioners are entitled to remuneration in terms of s143 of the Companies Act. Section 143 provides for remuneration in terms of statutory tariffs or by agreement between the practitioner and the company. In all instances, it is important to consider carefully the basis of remuneration paid to practitioners and its impact on the impartiality and the independence of the practitioner. Practitioners are officers of the court and are required to act impartially and honestly; a high standard of conduct is expected during business rescue proceedings. Therefore, whether practitioners may receive remuneration from third-parties (including creditors of the distressed company) is an important question, which was recently dealt with by the Supreme Court of Appeal in Caratco (Pty) Ltd v Independent Advisory (Pty) Ltd [2020] ZASCA 17 (25 March 2020) (Caratco).

The findings of the Supreme Court of Appeal in Caratco

In the Caratco case, the Supreme Court of Appeal had to determine whether the payment of special fees (or so-called "success fees") by creditors to practitioners is prohibited, void for illegality, or otherwise contrary to public policy. Caratco (Pty) Ltd (the appellant), a creditor of the financially distressed company, entered into a "success fee" agreement with Independent Advisory (Pty) Ltd (the respondent). The respondent is a company specialising in business rescue, and two of its directors were appointed as joint practitioners by the financially distressed company.

In its application for leave to appeal, the appellant relied on three main arguments. Firstly, that the special fee agreement was illegal on the basis that fees agreed upon outside the parameters of s143 of the Companies Act were impliedly prohibited by the Companies Act and should be declared void. Secondly, the appellant alleged that the joint practitioners had breached their responsibilities and duties in terms of s140(3)(b). The appellant specifically relied on s75(3) and s76, and alleged that since the joint practitioners had failed to fulfil their responsibilities and duties, the special fee agreement ought to be declared void. Lastly, the appellant contended that the success fee agreement was contrary to public policy, on the basis that the practitioners "subverted the democratic vote of the majority of creditors" and breached their duties to act independently and impartially towards the company by entering into the agreement.

In a well-reasoned judgment delivered by Cachalia JA, the Supreme Court of Appeal found that the special fee agreement was not invalid, illegal, or otherwise contrary to public policy, and dismissed the appellant's application for leave to appeal. Its judgment was based on the following findings:

Firstly, the court held that s143 of the Companies Act only applies to the remuneration of practitioners by the company under business rescue and does not deal with fee arrangements concluded between practitioners and third parties. Furthermore, it found that there is nothing in s143 which suggests that an agreement not falling within its ambit is void. In addition, the Companies Act does not penalise the conclusion of such agreements, nor does it contain language entitling a court to draw an inference that the lawmaker intended to invalidate such agreements. Therefore, the Supreme Court of Appeal found that there was no substance to the appellant's "illegality" complaints.

Lastly, on the issue of public policy, the Supreme Court of Appeal held that the appellant's submissions were without merit and were not supported by any evidence. The appellant's contention that the practitioner had "subverted the democratic vote of the majority of creditors" had no factual basis since the practitioners had intended to include the success fee in the draft business rescue plan, which was to be voted on. The practitioners only agreed to delete the fee agreement from the business rescue plan at the appellant's request. Furthermore, the facts indicated that the "success fee" agreement was such that it did not cause any prejudice to the body of creditors, as it did not affect the distribution paid to them. The court accordingly concluded that the appellant's public policy defence was without any merit.

The conclusion of the Supreme Court of Appeal in Caratco was that the "success fee" agreement concluded by the parties was neither prohibited, illegal nor contrary to public policy. However, it must be noted that this finding was based on the facts and circumstances of the case, as well the peculiar approach to litigation adopted by the appellant. Where the courts are confronted with different facts and circumstances, a different conclusion may be reached. In certain circumstances, the acceptance of a "success fee" by a practitioner may constitute a breach of the practitioners' responsibilities or duties, including the duty to act with the utmost good faith. This can occur where the payment of special fees impacts the practitioners' ability to act impartially and independently towards the court, the distressed company and the general body of creditors.

Accordingly, it is important to note that this judgement should not be viewed as providing a general seal of approval or a blanket authorisation for the payment of success fees in all circumstances. There will be instances where the payment to and the acceptance of fees by practitioners will indeed be declared invalid by the courts, particularly where the remuneration paid to the practitioner has an impact on the distribution paid to creditors or where the impartiality and independence of the practitioner is affected.

Given the wide range of powers conferred upon practitioners during business rescue proceedings, including full managerial control of the company, it is imperative that they conduct themselves with integrity. The payment of fees by third parties to practitioners must not be for an improper purpose and must in no way cause a breach of their duties towards the court, the company, and the general body of creditors. In terms of s140(3)(b) of the Companies Act, practitioners have the same responsibilities, duties and liabilities as directors. Therefore, practitioners have the duty to exercise their powers and perform their functions in good faith and for a proper purpose, in the best interests of the company, with reasonable care and skill.

Therefore, it goes without saying that when a success fee agreement is concluded, the duties of the practitioner remain paramount and must be kept in mind.

Mpolokeng is a Candidate Attorney with Werksmans. The article was reviewed by Dr. Eric Levenstein, Director and Head of the Insolvency, Business Rescue & Restructuring practice.