Over the past few months, the aphorism "cometh the hour, cometh the man" has frequently come to mind. Regrettably though, this thought has not echoed in a Winston Churchillian way but rather, owing to the global dearth of impressive leaders coming to the fore during this time of crisis, as a question. This lack of leadership is particularly confusing at a time when leadership has become a commoditised skill – something to be taught through on-line effective leadership articles, 8-step PowerPoint presentations outlining leadership essentials, TED talks, personal coaches, courses at colleges and so forth. 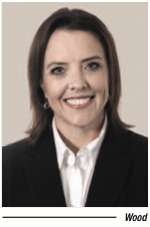 This then begs the question: Is the world truly facing a lack of leadership? Or have we, as the people who are to be led, become unleadable? Were we too well taught in school to think independently and to make up our own minds? Have we become too cynical? Is it the fault of the millennials? Or has the abundant access to information provided to us by the internet made it too difficult to be brainwashed, allowing us to become instant overnight experts in every new issue that we confront? If this is indeed so (a mere glance at any social media platform's commentary page provides ample evidence in support of the theory), how then do we lead the unleadable?

Leadership, at its most basic, is nothing more than the ability to be persuasive. For many years, lawyers have been earmarked as making great leaders.

According to author Deborah L. Rhode ( Lawyers as Leaders: Published September 9th 2013 by Oxford University Press, USA), no occupation in America supplies a greater proportion of leaders than the legal profession. This is not particularly surprising given that the art of persuasion is a fundamental skill taught to lawyers during the foundation phase of their career. Other key leadership traits that lawyers generally possess – whether by assimilation or innately – are decisiveness, strategic thinking and clarity of thought.

But the art of persuasion and razor-sharp and robust decision-making ability, while being powerful attributes, are no longer enough. This is particularly true in a world where the so-called "soft-skills" of emotional intelligence, empathy and the ability to connect and communicate are considered fundamental attributes, sometimes even outweighing intellectual capabilities. Lawyers (as a generalisation) tend to adopt a "because I said so" style of leadership. This is to be expected given the nature of their work. They are not accustomed to asking for permission to hold a certain view or to worrying about how their opponents might feel if a specific argument is advanced. They are specifically taught and expected to be unwavering, unapologetic, headstrong, dogmatic, robust and outspoken.

If lawyers wish to remain at the top of the leadership leader board, they will need to learn that today's leadable require new ways of being persuaded. A heavy handed leadership style will no longer suffice. The leadable have too many choices in terms of which path to take and will not blindly follow the loudest and most dominant voice in the room. They too have become opinionated and outspoken. They have a voice and are (mostly) not afraid to use it. They will not automatically be led by a person in authority. They must instead be persuaded to follow and must be encouraged to be a part of the journey.

I learned this lesson the hard way. When, after 16 years of practice as an advocate at the Johannesburg Bar, I was parachuted into a leadership position at a relatively small organisation with fifty employees, I immediately adopted a top-down approach to my running of the business. When employees rallied against the changes that I sought to enforce, I confronted their disquiet by advising them to "suck it up". I focused my energy on developing persuasive and logical strategic outlines that were successfully adopted by my board and senior management team, but I wholly forgot about the need to persuade the bulk of my staff (primarily because I did not need their permission or approval) that they should walk the journey with me. In the process, I lost the buy-in of my employees and was consistently met with resistance, hostility and passive-aggressive disapproval. While my efforts at motivating my workforce by providing them with erudite arguments justifying my decisions may have been persuasive to submissive, obedient and biddable followers, it failed to find traction with employees who had been taught to question, to expect answers and to think for themselves. By the end of my almost four-year stint in office, and thus perhaps too late to be of any benefit to that role, I discovered a new way of being persuasive. Instead of intimidating those in the room to do what I did, I learned to listen more, to demonstrate empathy and understanding, to communicate effectively and transparently and to assess and anticipate the response of my audience before acting.

As we confront, in the weeks and months to come, the inevitable fallout from the coronavirus pandemic and the measures implemented to stem the tide of its spread, ample opportunities for leadership positions will present themselves on micro and macro platforms across the country. If ever there was a time in modern history when the hour was nigh for the proverbial man to cometh, it is now. With businesses facing financial ruin, employees losing their jobs and government exceeding the bounds of authority, lawyers may find themselves to be an invaluable commodity in leading the way through the crisis and, potentially even in leading the unleadable.

Naturally, there is not a single uniform leadership style that works for everyone, all of the time. Leaders may need to adjust their style based on the people they are managing, or the context in which they are leading. Some situations call for a more directive style, while others call for a more compassionate, empathetic approach. However, and in the wake of this unprecedented crisis, this is the opportune time for empathy and human connection. The human factor will be more important than ever before, especially due to the fallout. There is an arrogance that lawyers often display that alienates, and which will be poorly received. The answer lies not just in the mechanics of a solution, but also in providing a platform to support the more human needs.

Wood is a Partner with Fasken (South Africa).