By VERUSHKA REDDY AND KRIYANKA REDDI, Published in Employment Law

On 26 March, the Constitutional Court found that a registered trade union may not exercise organisational rights in respect of members employed in industries that fall outside of the union's scope – as defined in its constitution. The case is National Union of Metal Workers of South Africa v Lufil Packaging (Isithebe) and Others (CCT 172/19) [2020] ZACC 7 (26 March 2020). 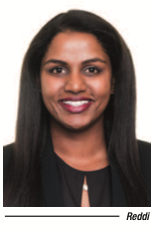 The facts before the Court were simple and were common cause. NUMSA recruited employees of Lufil Packaging (Isithebe) as members. Its members constituted the majority of employees at the workplace, at a representation level of 70%. Lufil falls within the paper and packaging industry. This industry does not form part of NUMSA's registered scope. Nonetheless, NUMSA sought stop order deductions under s13 of the Labour Relations Act 1995 (LRA). Lufil refused to make the deductions.

NUMSA referred an organisational rights dispute to the CCMA. Lufil challenged the CCMA's jurisdiction on the basis that NUMSA did not have standing to refer the dispute on behalf of its members because its constitution did not permit it to organise and recruit in the paper and packaging industry. The CCMA issued a ruling that NUMSA had standing to seek organisational rights in workplaces that fell outside of its registered scope.

The Constitutional Court was required to determine whether the Union could ignore its own constitution (specifically relating to the eligibility of its members) and demand organisational rights in respect of employees who were ineligible for membership.

The Court held that the LRA sets out the essential contents of a union's constitution (including the union's membership qualification and the procedure for amending a union's constitution), all of which must be dealt with prior to the registration of the union. The Court indicated that s4(1)(b) of the LRA effectively mirrored the Freedom of Association and Protection of the Right to Organise Convention (87 of 1948), which provides that "workers without distinction whatsoever, shall have the right to establish and, subject only to the rules of the organisation concerned, to join organisations of their own choosing without previous authorisation."

The Court found that freedom of association "in this context is not a unilateral, self-standing right to be exercised without considering other rights. There may be many reasons why members who currently fall under NUMSA's scope would not want NUMSA to diversify and add another unrelated industry to its scope. NUMSA's blatant disregard for the provisions in its own constitution may violate the existing members' right to associate and disassociate. A flaw in NUMSA's argument is its reliance on its own right and its members' right to freedom of association, without having regard to the rights of the employer."

The Court held that "the contractual purpose of a union's constitution and its impact on the right to freedom of association of its current members is founded in its constitution. A voluntary association, such as NUMSA, is bound by its own constitution. It has no powers beyond the four corners of that document. Having elected to define the eligibility for membership in its scope, it manifestly limited its eligibility for membership. When it comes to organisational rights, NUMSA is bound to the categories of membership set out in its scope. NUMSA's definition of its scope is binding upon it." The Court said it was "difficult to accept that NUMSA can choose to ignore the provisions of its own constitution and claim an infringement of its right to freedom of association and an unfair labour practice."

When faced with similar cases, an employer should not challenge the CCMA's jurisdiction on the basis of the union's standing to refer a dispute on behalf of its members. The correct approach is to challenge the representation of the union. If an employer's business does not fall within a union's scope, as defined in its constitution, the union may not admit the employees as members. As stated by the Court, a union's constitution is not a document that simply regulates its relationship with its members. It is an indication to employers in which industries the union may organise. If a union were to disregard its constitution at will, it would run counter to the values of accountability, transparency and openness espoused in the Constitution.

Reddy is a Director and Reddi a Candidate Attorney with Norton Rose Fulbright (South Africa).