Arbitrary not equal to discriminatory June 2020

By LUDWIG FRAHM-ARP AND VENOLAN NAIDOO, Published in Employment Law

In 2013, s6(1) of the Employment Equity Act was amended to include the phrase at the end of the list of the grounds on which an employer may not discriminate against an employee "or any other arbitrary ground". 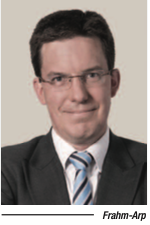 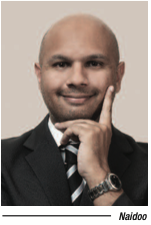 So ensued a debate as to whether that phrase created a new basis for unfair discrimination, namely whether it was arbitrary.

The term "arbitrary" has been interpreted in our law to mean capricious or proceeding merely from whim and not based on reason or principle. Put differently, it means acting irrationally or without a proper reason.

This distinction is important within the context of unfair discrimination claims, in relation to remuneration. Where the employee claims he or she performs the same work or work of equal value to another employee and they claim that the reason for the difference in pay is because of the employee's gender, race or religious belief, there is no complexity in resolving the matter. But there is complexity where the claim is that the discrimination was on an arbitrary ground.

The complexity is whether the employee complaining had merely to assert and prove that the reason for the difference in treatment was without reason (arbitrary), or whether the employee had to assert and prove something more, namely that the different treatment impairs his or her fundamental human dignity in a manner comparable to one of the listed grounds.

It will be appreciated that the distinction is crucial. If it is the former, the basis to claim unfair discrimination on an arbitrary ground is not only significantly broader, but it is also a lower hurdle to overcome. As a result, this may have also created its own category of unfair discrimination in contrast to the specified listed grounds of discrimination.

The Labour Court was divided on which interpretation to prefer, the narrow approach – that of having to prove an impairment of human dignity analogous to a listed ground – or the broader approach. The argument for the broader interpretation is that it was necessary to give effect to the meaning of the phrase.

The debate has now been settled by the Labour Appeal Court in a judgment delivered on 7 May in K Naidoo & Others v Parliament of the Republic Of South Africa, which endorsed the line of authority from the Labour Court which accepted that the narrow approach was correct. In this regard, and in commenting on the argument that a broad approach was necessary to give effect to the meaning of the phrase, the Labour Appeal Court stated the following:

"This is a radical idea. It would make section 6(1) a font of a remedy for grievances with virtually no limits. But the EEA is not intended to be a catch all or a panacea. Indeed, the EEA is the instrument of section 9 of the Constitution and therefore its mission is to give teeth to that Constitutional guarantee within the scope of the terms expressed in that section. Section 9 is not an all-encompassing injunction, rather its purpose is to give recognition to the value of our humanity and provide a remedy for aggression against us on the grounds of our intimate attributes, whether inherent or adopted. In other words, section 9 has a specific and concrete focus, intelligible within the context of the historical experience of South Africa's legacy of oppression. The writers, Garbers and Le Roux, rightly caution against being seduced by the idea that anti-discrimination law can be weaponised to solve all labour market ills. Other vicissitudes of life find remedies elsewhere, not least of all in the panoply of protections in Labour Legislation."

The Labour Appeal Court went on to consider how the phrase should be interpreted and pointed out that not only the word "arbitrary" needs to be given meaning, but rather the whole phrase, "or any other arbitrary ground". The Labour Appeal Court found that the inser-tion of the word "other" supports the conclusion that the phrase "any other arbitrary ground" was accordingly not meant to be a self-standing ground, but rather one that referred back to the specified grounds, so that a ground of a similar kind would fall within the scope of s6.

Furthermore, in the context of the whole phrase, the word "arbitrary" is not a synonym for the word "capricious". The injunction in s6(1) is to outlaw, not "arbitrariness", but rather to outlaw unfair discrimination that is rooted in "another" arbitrary ground. Capriciousness, by definition, is bereft of a rationale, but unfair discrimination on a "ground" must have a rationale, albeit one that is proscribed. The glue that holds the listed grounds together is the grundnorm of Human Dignity.

The Labour Appeal Court then endorsed the view of Garbers and Le Roux (Christoph Garbers and Pieter Le Roux, Employment Discrimination into the Future, 2018 (2) Stell LR 237 -269 at p249) that:

"Discrimination is about infringement of dignity (or a comparably serious harm), about an identifiable and unacceptable ground and about the link directly or indirectly) between that ground and the differentiation. Should a ground not be listed, it should meet the well-established test for unlisted grounds: it must have the potential to impair the fundamental human dignity of a person (or have a comparably serious effect) and has to show a relationship with the listed grounds."

Frahm-Arp is a Partner and Naidoo a Senior Associate with Fasken (South Africa).