Decisions by companies during COVID-19 Lockdown: oppressive or prejudicial? July 2020

In Alert Level 3 lockdown there remain stringent parameters on how companies, even though now permitted to trade, may conduct their business operations. 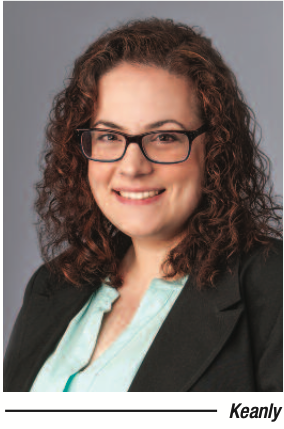 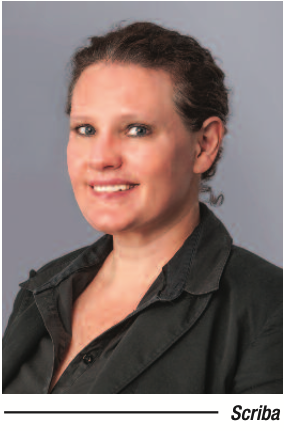 During lockdown, companies have been required to make difficult, longterm decisions to ensure their continued survival during and post lockdown. Given the decisive action by government, companies had very limited time in which to put contingency plans in place. In the circumstances, there will be situations where questions arise as to whether the decisions made were oppressive or unfairly prejudicial to shareholders or the company itself, possibly triggering the potential to seek the court's protection under s163 of the Companies Act (71 of 2008).

Generally, courts do not wish to interfere with the affairs of a company unless absolutely necessary. They are also likely to be sympathetic to the circumstances companies find themselves in during these unusual and unforeseen times. That being said, they will also protect shareholders and the company as required by s163. Fortunately for both the decision makers and those feeling unfairly repressed by those decisions, s163 provides the court with wide and flexible remedial powers, allowing for the accommodation of the facts of each case. This article sets out when the oppression remedy is available to shareholders and directors and what type of relief the court may grant.

What is the oppression remedy?

Section 163(1) provides that a shareholder or a director of a company may apply to a court for relief if:

"(a) any act or omission of the company, or a related person, has had a result that is oppressive or unfairly prejudicial to, or that unfairly disregards the interests of, the applicant;

(b)the business of the company, or a related person, is being or has been carried on or conducted in a manner that is oppressive or unfairly prejudicial to, or that unfairly disregards the interests of the applicant; or

(c)the powers of a director or prescribed officer of the company, or a person related to the company, are being or have been exercised in a manner that is oppressive or unfairly prejudicial to, or that unfairly disregards the interests of, the applicant."

(i) the occurrence of a relevant 'conduct' (being either an act or omission, conduct of business, or exercise of powers by a director or prescribed officer of the company or a related persons); and

(ii) that the 'related person' was oppressive, unfairly prejudicial or unfairly disregarded the interests of the applicant.

Was there relevant 'conduct'?

Firstly, conduct which is the result of an act or omission on the part of the company. This conduct includes resolutions passed by the board of directors of a company or acts of an individual authorised by the board or to whom powers have been delegated.

It must be noted that this conduct alone will not result in an applicant being entitled to relief under the oppression remedy. The applicant will, in addition, be required to prove that the conduct (or lack thereof) was in fact oppressive, unfairly prejudicial and/or unfairly disregarded the interests of the company.


Is the conduct oppressive, unfairly prejudicial, or unfairly disregards interests?

Once the applicant has proved that the act or omission undertaken by the company falls within one of the categories indicated in s163, the applicant will be required to prove that the conduct is oppressive, unfairly prejudicial or unfairly disregards the interests of the company.

The concepts of oppression, unfair prejudice or the unfair disregard of interest have not been defined in the Act. The Supreme Court of Appeal (SCA) has confirmed that "interest" is more broadly defined than "rights", allowing s163 to be construed in a manner that advances the remedy it provides rather than limits it ( Grancy Property Ltd v Manala and Others 2015 (3) SA 313 (SCA) [26] pages 323 and 324). The concepts in question are not necessarily concerned with the unlawfulness of the conduct complained of but with the fairness of such conduct. Where the conduct of the company departs from what is considered fair in the circumstances, or amounts to unfair discrimination, the applicant will be entitled to relief under s163.

The SCA has also stated that "it is not the motive for the conduct complained of that the court must look at but the conduct itself and the effect which it has on the other members of the company" (Grancy [27] at page 324). COVID-19 will, therefore, not excuse bad decision making.

The general approach of courts when it comes to disputes between shareholders (in particular) is that the courts try not to interfere in the inner workings of the company and will only do so if absolutely required.

Section 163, however, when successfully invoked, provides the court with a discretion to determine an interim or final relief which it deems fit in the circumstances. Such interim or final relief may include measures which would be considered an interference in the inner workings of a company. The SCA confirmed that "the provisions of section 163 of the Act are of wide import and constitute a flexible mechanism" (Grancy [31] page 325).

Section 163(2) sets out a list of remedies which the court may grant. These include, amongst others, an order appointing a liquidator, an order appointing directors in place of or in addition to all or any of the current directors of the company (in the Grancy case, the court itself appointed two independent directors of the company, and limited the circumstances in which they could be removed), an order varying or setting aside an agreement or transaction. In addition, the court may even order the amendment of a shareholders' agreement.

Section 163(2) makes it clear that this list is not exhaustive – "the court may make any interim or final order it considers fit, including…[the above listed remedies]". Even with the court's potential sympathy in mind in these trying times, directors' decisions will not be immune from scrutiny, more especially so because of their long-term consequences. It is, therefore, more important in these times to consider what the impact will be of decisions made as a result of COVID-19, not only on the company, but also on the shareholders and other affected parties, including subsidiary companies.

COVID-19 will not excuse oppressive or unfairly prejudicial behaviour, no matter the circumstances. Therefore, decisions need to be made carefully, albeit efficiently.

Keanly and Scriba are Directors of Cliffe Dekker Hofmeyr.