Business rescue when liquidation proceedings have been “initiated” July 2020

The COVID-19 pandemic has had an unprecedented impact on the South African economy. Although necessary, the measures that have been employed to deal with the novel coronavirus, which include a nationwide lockdown, have resulted in several companies and businesses feeling the pinch. Despite government's efforts to ameliorate these challenging conditions through various social relief and economic support packages, South African companies and businesses remain under enormous pressure, with many facing the harsh reality of financial distress. It comes as no surprise, therefore, that companies are increasingly turning to business rescue. 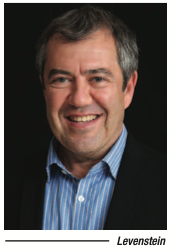 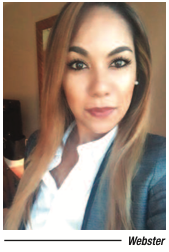 One of the two ways in which business rescue proceedings can commence is through of a resolution passed by a company's board of directors to place the company under supervision. This resolution, of course, can only be adopted if the board has reasonable grounds to believe that the company is financially distressed, and there appears to be a reasonable prospect of rescuing it. The focus of the discussion herein will be this "voluntary route" to commence business rescue proceedings, as contemplated in s129(1) of the Companies Act (71 of 2008), since this entry route will most likely be considered by financially distressed companies in the months to come.

It is important to note at the outset that s129(2)(a) and (b) of the 2008 Companies Act places two important restrictions. Firstly, in terms of s129(2)(a), the board may not adopt a resolution if liquidation proceedings have been initiated by or against the company. Secondly, in terms of s129(2)(b), the board resolution will have no force or effect until it has been filed with the Companies and Intellectual Property Commission (the CIPC).

The crucial issue for consideration, for present purposes, relates to the first restriction and specifically the interpretation of the word "initiated" in s129(2)(a). The important question is: precisely what type of actions will qualify as having initiated liquidation proceedings by or against the company? The answer to this question is significant, since the threshold of what may be considered to have initiated liquidation proceedings will necessarily impact on whether the board of a company is legally entitled to commence business rescue proceedings voluntarily.

Both the Western Cape and the Gauteng Local Division of the High Court recently dealt with this important question in the cases of Tjeka Training Matters (Pty) Ltd v KPPM Construction (Pty) Ltd (under supervision) and others [2019] JOL 46183 (GJ) (Tjeka) and Mouton v Park 2000 Development 11 (Pty) Ltd and others and a related matter [2019] 4 All SA 133 (WCC) (Mouton). Both Divisions were tasked with determining whether specific acts by creditors constituted the initiation of liquidation proceedings, and consequently whether the resolutions passed by the boards of the respective companies to voluntarily commence business rescue proceedings were valid. Ultimately, the two Divisions reached very different conclusions.

The applicant argued that the dictionary definition of the word "initiated" means to get something started and that the issue of the application was the matter's literal and true beginning. On the other hand, the first respondent argued that a liquidation application must be served, not merely issued, to satisfy the meaning of s129(2). In this regard, Sutherland J held that a word cannot be interpreted on its own and that a purposive interpretation – having regard to the purpose that the phrase performs in that context – is required.

Sutherland J concluded that given the fact that the word "initiated" must be understood to refer to liquidation proceedings "by or against the company", it is doubtful that the issue of an application that has not been brought to the attention of the company itself can logically be said to be a deed initiated against that company. Having regard to "the inherent policy choice that a litigant remains unaffected in law until made formally aware of the steps being taken against that litigant", liquidation proceedings contemplated in s129(2) of the 2008 Companies Act must be served on the company and not merely issued, in order to meet the requirements of the section. Accordingly, the court held that the resolution of the company to commence business rescue trumped the liquidation proceedings brought by the applicant.

The Western Cape Division was similarly tasked with determining whether the business rescue proceedings commenced by a resolution of the company's board in terms of s129(1) of the 2008 Companies Act were defective on the basis that they were launched at a time when liquidation proceedings had already been initiated against the company by one of its creditors.

It is worth noting that, in this case, the board of Park 2000 Development 11 (Pty) Ltd, at the time that it had resolved to place the company into business rescue, was aware that one of its creditors had decided to issue a liquidation application against it, and that the filing of the application in court was imminent. The board was aware of this by virtue of the fact that the two directors of Park 2000 were also the directors of the creditor that intended to apply for the liquidation of Park 2000. In fact, the same director who deposed to the founding affidavit of the creditor, had deposed to the sworn statement for the business rescue.

Further, the reason that the board of Park 2000 sought to commence business rescue was to frustrate the attachment and sale of the company's immovable properties by one of its judgment creditors, by relying on the protection afforded by the statutory moratorium as contemplated in s133 of the 2008 Companies Act.

Park 2000 argued that the business rescue proceedings began by way of the adoption of the requisite resolution, which occurred before the liquidation proceedings had commenced, as the papers in the liquidation application had not yet been issued. Consequently, in this case, the court had to determine the meaning of the word "initiate" in s129(2)(a). The court came to a conclusion diametrically opposite to that of the court in Tjeka.

In a comprehensive judgment delivered by Sher J, the Western Cape Division concluded that "the word 'initiate' is used to denote the factual, causative action by means of which the legal process which gives rise to the proceedings concerned is put into motion". Accordingly, the court held that the word "initiated" in s129(2)(a) of the 2008 Companies Act, refers to "a preceding act or conduct by which liquidation proceedings are set in motion" and does not refer to a moment in time when such proceedings are deemed to have formally commenced, by means of the filing of papers in respect of those proceedings in court.

Sher J, after having regard to the purpose and object of s129(2)(a), held that the object of this subsection would be defeated if a company could "thwart" impending liquidation proceedings (which it was aware had been launched, but that had not yet formally "commenced") by simply adopting a resolution to place the company under supervision.

Based on the above, it is evident that, in terms of the judgment in Mouton, the threshold for the term "initiate" is much wider than that set out in Tjeka. Whilst the court in Tjeka required the liquidation application to be both issued at court and served on the company, in Mouton the court held that liquidation proceedings are initiated even before an application is filed in court, and that such proceedings are initiated as early as the moment when the creditor adopts its resolution or decides to launch the liquidation proceedings. This is a sharp contrast, which may result in some uncertainty.

Given the importance of determining whether, and in what circumstances, a company's board of directors may resolve to commence business rescue proceedings and, more importantly, whether such a resolution is valid, ascertaining whether liquidation proceedings have been initiated remains a crucial question, and has a bearing on what may be regarded as just and equitable.

Accordingly, it is submitted that although differing interpretations of the word "initiate" emanate from the two Divisions, this is ultimately due to the facts placed before them. Therefore, it is evident that in coming to their respective decisions, the two Divisions of the High Court considered the bona fides to commence business rescue, and had regard to the purpose for which the resolutions were adopted. Clearly, the level of knowledge that a board possesses at the time when a resolution is adopted is highly relevant and will be taken into consideration by the courts in pursuance of a just and equitable outcome.

For these reasons, it goes without saying that in determining whether liquidation proceedings have been initiated against a company, the courts will not merely have regard to whether or not an application has been issued or served; the courts will consider the motives of the company's board of directors and whether the board was aware of the impending liquidation proceedings. This approach accords with the inherent policy choice that a litigant shall remain unaffected in law until made formally aware of the steps being taken against that litigant. Furthermore, this approach ensures that the rights and interests of all relevant stakeholders are taken into consideration, and that business rescue proceedings are not abused to the detriment of creditors.

Dr Levenstein is a Director, Webster a Senior Associate and Mpolokeng a Candidate Attorney with Werksmans.