In March of this year ,the World Health Organisation declared COVID-19 a global pandemic. In response to this, the South African government announced and implemented a state of disaster and a resultant lockdown of the country to attempt to curb the spread of the disease. This imposed restrictions on the movement of people and the South African economy and, as referenced in a public briefing by President Ramaphosa, "caused...much suffering and required much sacrifice". South Africa has now moved from a "hard lockdown" to a risk-adjusted approach, based on levels of varying degrees of risk. 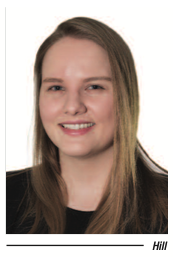 At the time of writing, the relevant COVID-19 regulations were declared unconstitutional by the high court – a decision which is suspended to allow for the regulations to be reviewed and which the government announced would be appealed. The regulations currently issued, therefore, continue to apply.

The impact of COVID-19 on a social and human level has been significant. Connected to this is the added pressure on an already troubled South African economy. A knock-on effect is noted in the downswing in M&A activity in the region, with corporates facing tougher strategic and financial decisions. While it is anticipated that M&A activity will have an upswing in the medium to long term (connected potentially to an increased number of distressed companies on the market), it seems likely that there will be a lasting effect on M&A. The purpose of this article is to briefly consider certain of these potential lasting effects.

The importance of knowing your target

The current unprecedented global predicament may give credence to the saying that "if there is one thing that's certain in business, it's uncertainty" (Stephen Covey). However, it has also highlighted the importance of undertaking a detailed due diligence exercise prior to entering into a transaction. In such uncertain times, knowing the risks resulting from a potential transaction are vital in making an informed decision and moving to mitigate those risks.

The due diligence process may, however, look slightly different moving forward. Added focus is likely to be placed on the strength and adaptability of supply chains, the recovery plans (if any) of the target and the potential impact on material contracts. Regarding the material contracts, it will be relevant to consider the ability for these to, for example, be terminated or suspended because of events similar to the one currently being experienced.

In addition, while it can be said that the norm is for virtual data rooms to be used during a due diligence process, there are, for various reasons, still those that are undertaken in "clean rooms" where hard copy documents cannot be removed. As a result of potential extended travel restrictions, unavailability of management, and health and safety precautions, reliance on electronic means, with relevant security protocols in place, would need to be navigated.

The ability for personnel at the target to access hardcopy documents and upload these to virtual data rooms would need to be considered. These practical constraints could result in longer than usual due diligence processes. Such timing considerations would also need to be taken into account in relation to any exclusivity periods agreed to.

Walk away and claw backs

In uncertain times, even following or because of due diligence exercises, there is likely to be additional focus on the negotiation of clauses that seek to allocate risk between sellers and buyers.

One such consideration is a material adverse clause (MAC) that allows for an exit mechanism and/or an ability to re-negotiate certain terms. The MAC is triggered by unanticipated changes in circumstances that materially and adversely affect the business being acquired. However, such clauses require careful drafting and provide for a high benchmark to overcome when attempting to claim under such clauses. Generally, MACs also preclude a change in circumstance that affects the relevant industry as a whole and therefore may not be usable in relation to a global pandemic, the impact of which is not company dependent and may be of a shorter duration.

In addition, there may be an increased push for purchase price protections as a result of buyers not being overly confident with the projected earnings and/or valuations of the target. Various claw backs or adjustments to the purchase price due to updated valuations might occur and, as at least one analyst has predicted, the potential for an increase in deferred payment schedules. Such schedules would contemplate that part of the purchase price will be paid at closing, with the remaining being held over until certain performance criteria are met by the target.

Further to these protections, and although already a heavily negotiated item, more specific warranties and indemnities may be sought to mitigate risks on the impact of COVID-19 and/or similar events. This would likely be counter weighed with the push by sellers to appropriately qualify the warranties and provide specific disclosures against them.

Overall, deal timelines will need to be considered, to take into account the potentially longer due diligence processes and negotiations.

Further, conditions precedent and closing timelines may need to be extended. Any conditions precedent requiring regulatory approvals could have an unpredictable timeline due to backlogs and changes in procedures, requiring greater levels of flexibility. The practicalities of closing, both in terms of physical meetings and control handover/integration following closing will need to be assessed and the innovation of corporates in developing work-arounds tested.

The exact ramifications of COVID-19 on all spheres of the economy in South Africa, including M&A activity, remains an open question. As the world is adapting to a "new normal", the drive for certainty, financial stability and risk mitigation will likely shape the negotiation landscape in which we find ourselves during and post COVID-19. Time will tell which changes will be short lived and which will endure.