Increased focus on governance of state-owned entities (SOEs) was sparked by the judgment in Organisation Undoing Tax Abuse and Another v Myeni and Others (15996/2017) [2020] ZAGPPHC 169 (27 May 2020) and the announcement that President Cyril Ramaphosa formed the Presidential State-owned Enterprises Council aimed at supporting government in repositioning SOEs 'as effective instruments of economic transformation and development' (11 June 2020). 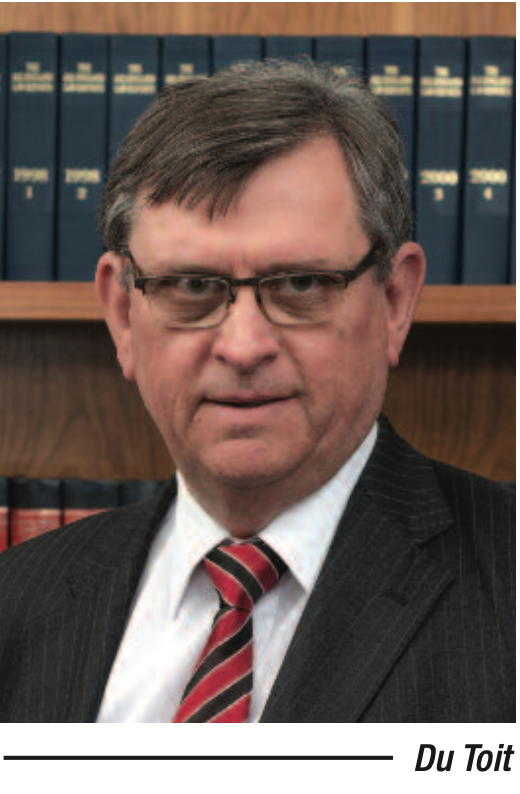 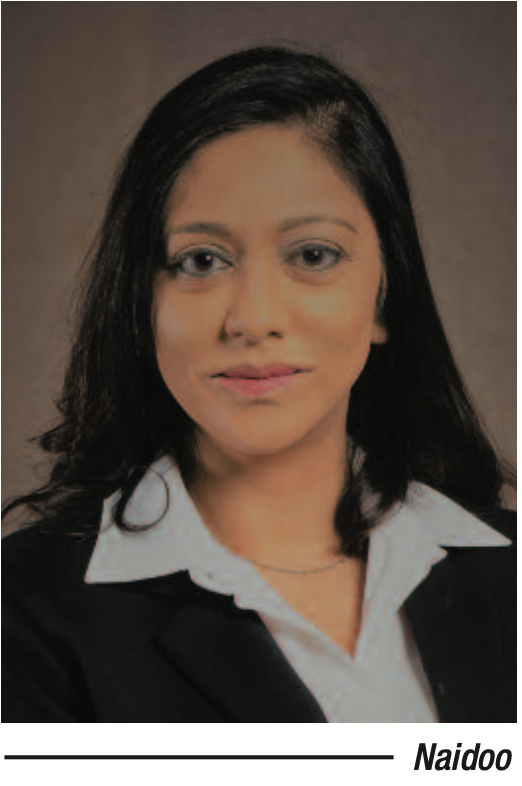 Adherents to good governance and the King III and IVTM principles may find reading the judgment pertaining to SAA board governance conducted under the chairmanship of the defendant, Myeni, disturbing: Myeni acted contrary to SAA's interests, as she inter alia bypassed executives; negotiated personally with major suppliers and chaired farcical board meetings. The court declared Myeni a delinquent (non-executive) and described her as 'a director gone rogue' (at [272]).

The label is justified considering the grounds advanced for the order: The court found her actions 'did not constitute mere negligence but were reckless and wilful; as Chairperson of the Board she caused SAA immense harm and gave no consideration to her fiduciary duty towards SAA" (at [272]). Myeni frustrated and ultimately caused the demise of the Emirates deal (which, if not scuppered, would have greatly benefitted SAA's financial position), knowingly made misrepresentations, acted dishonestly and grossly abused her powers. Regarding the 'Airbus Swap Transaction' (which would similarly have had a beneficial financial outcome), Myeni exposed SAA to financial ruin, unilaterally sought to renegotiate the transaction with Airbus, after management specialists and experts had spent nine months negotiating the deal. She revoked the resolution authorising the deal and wilfully misled the responsible Minister in a final attempt to alter the terms of the transaction.

The motivation for Myeni's actions, and why she was not stopped by SAA's shareholder remain a mystery.

Should a higher standard apply to directors of SOE's?

"To serve on the Board of a SOE should not be a privilege of the politically connected. Government has, as custodian of the common good, an obligation to ensure that suitably qualified people with integrity are appointed in these positions. Whoever serves on the Board of a SOE should ultimately be a servant of the people and whoever is appointed as such, has a sacred duty to society and should ensure that state resources are not squandered, or the economy placed at risk. In my view the plaintiffs were correct when they submitted that a higher duty rests on nonexecutive directors of SOEs, who are appointed by the government of the day as the shareholder. It is a matter of public knowledge that SAA received billions in government guarantees, leaving government liable should SAA default on any of its liabilities. It is not only the courts, but also government that should hold Board members of SOEs accountable when they fail to execute their duties."

The court's acceptance of a 'higher duty' resting on directors of SOEs is troublesome, at least on the facts at hand. What was necessary to escape an order of delinquency was compliance with elementary governance principles. What happened was, in fact, a complete lack of compliance. No super-human conduct was required to fulfil the SAA board duties. We argue, in what follows, that it was unnecessary for the court to determine the applicability of a higher duty. The pronouncement is arguably obiter. If regard is had to the legal framework, there is no reason to distinguish between SOE and non-SOE directors. There is but one standard.

Save for any modified requirement for SOEs imposed by virtue of s9 of the Companies Act 2008 (none of which were evidently in play in this matter), the Act regulates directors' conduct on an equal footing. The business of a company must be conducted under the direction of its board. It has authority to exercise all powers and perform any of the functions of the company (s66(1)). The standards of directors' conduct in the Act, particularly s76, are rooted in the common law fiduciary duty and/or a delictual (tortious) duty of care.

Directors, once appointed or elected, dare not become a law unto themselves: Shareholders in a general meeting remain the ultimate authority over the company, not least because of the power to dismiss directors (s71). That should be a convenient tool in the hands of a sole shareholder such as the state, one which it employed in respect of SOEs such as the SABC and PRASA. Dismissal of a non-executive director requires a low threshold, such as mere dissatisfaction with the services rendered. Surely, when a responsible (sole) shareholder as powerful as the state detects non-executive director conduct which is potentially harmful to a SOE and, by extension, the state, the logical remedy is the removal of such a director?

Why did this not happen in the case of SAA?

The jurisdictional facts listed in s162(5) do not discriminate between classes of directors. Once established, a court has no discretion but to make an order declaring a director delinquent. Subsection (5)(c) impugns inter alia conduct by a director grossly abusing that position or intentionally or grossly negligently inflicting harm upon the company.

Courts apply a subjective and an objective test. The objective element enquires whether the conduct is 'gross abuse', 'gross negligence' or 'wilful misconduct' as referred to in s162(5)(c) and as defined in law while the subjective element entails considering and weighing the personal qualifications and experience of a director in determining whether the offences in question have been committed by that director.

The court found that Myeni acted recklessly and wilfully. 'Wilful Misconduct' involves a person doing or omitting to do that which is not only negligent but which he knows and appreciates is wrong and is done or omitted regardless of consequences. ( KLM Royal Dutch Airlines v Hamman 2002(3) SA 818 (W) – adopting the principle in Rustenburg Platinum Mines Ltd v South African Airways and Pan American World Airways Inc 1977 (1) Lloyds LR 19, (Q.B (Com.Ct.)) 564.)

The subjective test in the context of s162(5)(c) considers the personal background and qualifications of a director. If a director has appropriate experience and tertiary degrees, her conduct will be measured against a higher subjective standard. Courts have found that qualifications and experience render directors capable of familiarising themselves with their obligations as directors in so far as they relate to the conduct of the company's business (Lobelo v Kukama, 2013 JDR 1434 (GSJ); Cape Empowerment Trust Ltd v Druker 2013 JDR 1360 (WCC)). However, this does not amount to the imposition of a general higher duty on directors based on the type of entity they serve.

In assessing what is 'gross negligence' and 'wilful misconduct', courts must consider the directors' conduct in the performance of their duties in terms of the company's MOI and the statutory framework ( Msimang v Katuliiba, 2012 (JDR) 2391 (GSJ)).

The statutory framework which Myeni should have been guided by at SAA includes: the Companies Act, Public Finance Management Act, Treasury regulations, protocol on corporate governance, King Report, SAA's MOI, Delegation of Authority Framework, Significance and Materiality Framework, Shareholders Compact, Long term turnaround strategy, Corporate Plan, Comprehensive Network and Fleet Plan and a 90 Day Action Plan. Myeni had access to corporate and legal resources and external resources, the counsel of her fellow directors and of the responsible Minister of State. Setting a higher standard would not have convinced Myeni or likeminded SOE directors to have regard to these basic documents and resources.

"If both an objective and a subjective test are applied, one can safely conclude that she (Myeni) did not act as a reasonable director in light of her vast experience as a director. Ms Myeni failed to give any reasonable explanation for her numerous failures, misrepresentations and actions, this Court cannot but find that she failed abysmally in executing her fiduciary duty. In my view a lifelong delinquency order is appropriate. Ms Myeni is not a fit and proper person to be appointed as a director of any company, let alone a Board member of a SOE." [273]

In conclusion, we contend that the legal framework to keep directors accountable and to make declarations of delinquency is sound. It is lamentable that SAA and the state had to suffer at the hands of a rogue chairperson. Would the same have happened had the sole shareholder acted firmly and removed Myeni when trouble started brewing? Much of the fall-out might have been contained.

The Presidential State-Owned Enterprises Council is expected to develop a stronger governance framework and introduce an overarching Act governing SOEs and stabilising companies through a new shareholder ownership model (Fin 24, 11 June 2020). Pending recommendations by this Council, we reiterate that the legal framework is in place. It is the choice of appointments made by the state as sole shareholder of SOEs and subsequent lack of action to dismiss them where required, that requires improvement.