- Quotations from the Bible, from written handouts provided by law teachers in the 1990s and by a popular gospel musician about the several ways a traveller could reach Gweru – a reader could be forgiven for being confused, even led astray, by a recent decision from the Harare High Court. 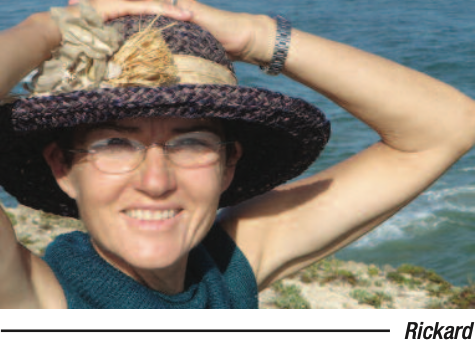 Sometimes judges are so far out there that readers of their decisions are completely left behind. Take the case of The Sheriff of Zimbabwe v Manja and 98 others. It's a judgment delivered in the high court, Harare earlier this month.

That bit about the sheriff taking on '98 others' intrigued me; largely, I suppose, because of its possible link to Robin Hood. I opened my copy of the decision and discovered it was an 'opposed interpleader application'. But you could have fooled me, for this is precisely how it began:

(I was bemused already: had I misread the '98 others' and the bit about this being an opposed interpleader application?)

'9. Two are better than one; because they have a good reward for their labour.

10. For if they call, the one will lift up his fellow: but woe to him who is alone when he falls; for he has not another to help him up.'

(OK, so maybe this is about 98 people in a retirement home and they are being urged by the court to help each other?)

'11. Again, if two lie together, then they have heat: but how can one be warm alone?'

(At first this sounded as though it was going to be about sex, but then I thought no, perhaps it's a seasonal message, because it was delivered shortly before the winter solstice?)

'12. And if one prevail against him, two shall withstand him; and a threefold cord is not quickly broken.'

By the end of Verse 12 I had almost given up. Maybe the judgment had been misfiled? Was the judge a part-time preacher – we have such in South Africa – who had accidentally added his sermon notes where his judgment would normally be found?

No, the answer lies – and I say this tentatively since the complete absence of the sheriff and the 98 others thus far had left me uncertain of my own judgment – in the cryptic next sentence.

Immediately following the line about the threefold cord not being quickly broken, the judge, Benjamin Chikowero, writes this: 'I therefore refer to a number of legal sources as well as illustrations in determining this interpleader application'.

Good news, I thought, there will be actual pictures and illustrations, maybe even photographs. Will they be random, I wondered, or of two lying together and engendering heat, or maybe they will be sad pictures, illustrating what happens when someone who is all alone falls down and has no-one to help.

But there are no pictures, no illustrations. There are some quotes from other cases – also involving the sheriff, by the way – about proving who owns goods 'where someone is found in possession of them'. And we have this sentence from the judge who is dealing with the 98 others: 'The road to proving ownership is not a one-way street.'

A little lower down, there is an intriguing heading, all in capitals: SALIENT POINTS RELATING TO LITIGATION WHICH ARISES IN THE PRESENT MATTER

The judge tells readers that he is now planning to refer to two documents 'on litigation' before determining the matter at hand.

'The first is a "handout" prepared for the 1995 University of Zimbabwe Faculty of Law final year students by Sheilla Jarvis, the then Practical Skills Law Lecturer.

In those days, explains the judge, lecturers often handed out notes in 'written form'. From the 'document in question', the judge then quotes as follows:

Writing in all contentious matters – claims or offers in letters, pleadings, affidavits or heads of argument – needs the same approach, although the final form differs according to the role of the document.

The list continues down to point 5, and then has a further heading: 'Get on with writing:

And then, several points later, the following: 'Don't think this is too difficult. If you follow this approach, drafting can be simple.'

The judge then moves on to a story:

'He is now late. On 25 May 1989 he presented a seven-page paper at the Law Society of Zimbabwe Winter Law School at a venue not disclosed on the face of the paper itself. I will liberally quote from the document, which is headed "THE TECHNIQUE OF LITIGATION".'

And then the judge keeps to his word, with liberal quotes from the document, starting with this one:

'The young lawyer these days qualifies after leaving University with an LLB degree (these days labelled honours as if there is some magic in that caption.) He is no longer required to serve his articles of clerkship like some of the grey hairs in this room were wont to be. THIS IS WHERE THE PROBLEM STARTS. He is then launched upon the world, theoretically qualified to appear in any court and tribunal in the land, perhaps to plead for the life of an accused person whose funds do not cover such trifles as his defence on a murder charge. This is serious business.'

Much follows including bitter experience being one of the best teachers, though it 'is apt to leave in its wake a trail of destruction or a clutch of ghosts that ever and anon will return to haunt their creator.'

It culminated, for me, with another interesting word of advice from the liberal quotes:

'NEVER MAKE A MISTAKE. Accountants may make mistakes; our bookkeepers always do – and add up their figures again. Doctors may make mistakes and either rely on nature or call in a specialist. The mistakes of these professional men are their own and normally reversible. But you as a lawyer must know that you are faced with an adversary who will seize on any mistake and may not allow it to be reversed. I do not refer here to technical mistakes, but to such tactical blunders as calling the wrong witness or not calling the right witness. It is well known that no-one is perfect, what is not so well known is that the lawyer cannot afford to be less than perfect. … It is necessary to have as a principle, as a motto, this: You should approach every case as though it is your first and if not handled properly, it may be your last.

'In your desire to learn the techniques of litigation, be not in haste. Legal practice requires not only perseverance, conscientiousness but patience as well …. The practice of law requires the consideration of a problem from many angles, from every angle, and indeed from angles that Euclid never imagined.'

At this point, the judge inserts another heading – THE FACTS – from which I gathered that perhaps he was about to get down to the 98 others.

Indeed, he mentioned that the case was about a mining company that had been ordered to reinstate 99 employees without loss of salary or benefits. But, having considered the facts and the legal issues raised, he posed another question: had the claimant proved its case on a balance of probabilities? In answering, he noted how, 'in encouraging pupils to think outside the box, teachers would sometimes say, even after John had answered a question: "Yes, there are many ways of killing a cat, Mary what is the answer?"'

'The route does not always matter. What is important is a safe journey. For example, it is a fact notorious for judicial notice to be taken of that people in most African countries would, if travelling by air, have to board a plane to London or Paris first before connecting to a flight back to their African destinations. That does not make London or Paris the destination.'

Next come the Shona lyrics of a song made popular by gospel musician Olivia Charamba and The Fishers of Men, to the effect that a traveller may choose the route to a destination. This principle is illustrated in the song with reference to a traveller being able to each Gweru via Mashonaland East or Mashonaland West.

As to the handling of this case, the judge's conclusion was that the lawyers got it all wrong. They should have 'fully researched the law relating to interpleader matters', which was both simple and readily available in decided cases, some of which he had referenced in the course of his judgment.

The two sets of legal practitioners representing the judgment creditors in this case 'should clearly have done better,' he concluded.

On the question of costs, the claim at the heart of the matter 'should never have been opposed'.

'I add that considering the judgment creditors were a staggering 99 persons' – at last, another reference to the '98 others' – 'the importance of the matter, its effect on them and the monetary value of the arbitral award, a thorough job needed to be done to advance their interests rather than exposing them to further unwarranted financial prejudice in the form of legal fees and costs.' Given these concerns, 'I do not order punitive costs. The fault in defending the claim, as I have found, lies elsewhere.'

Rickard is among the foremost of South African legal journalists; she is a regular columnist in without prejudice.