On 17 April, the Supreme Court of Appeal delivered an interesting judgment in Minister of Environmental Affairs and Another v ArcelorMittal South Africa Limited (342/2019) [2020] ZASCA 40 (17 April 2020) regarding the evolution of the waste management legal framework. What are the legal repercussions of the judgment? 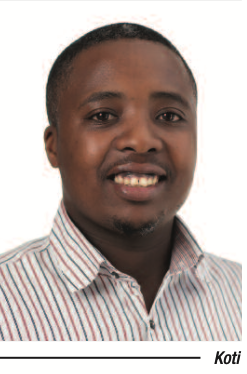 ArcelorMittal (AMSA) is one of South Africa's oldest and leading steel manufacturers. It manufactures various steel products including rods, billets and reinforcing bars. The subject matter of this judgment relates to its operations in Newcastle. In its manufacturing process, a by-product called Basic Oxygen Furnace slag (BOF slag) is generated and formed through the conversion of liquid iron, from the blast furnace, into steel in a basic oxygen furnace. At the Newcastle operations, the BOF slag is temporarily stockpiled, crushed and screened for delivery to third parties for use as either lime in the agricultural sector for soil conditioning or as an aggregate in road construction and rehabilitation. The 'reclaimed slag' is temporarily deposited into the BOF slag disposal site (BOFSDS) for storage since it cannot be immediately sold to third parties as a secondary product. AMSA derives commercial value from the sale of the BOF slag to third parties, which generates a revenue of approximately R1 million a month.

In February 2013, the Environmental Management Inspectors (EMIs) from the Department of Water Affairs conducted a 'second follow-up inspection' of AMSA's Newcastle operations to determine whether it complied with the 'newly issued and applicable permits/licences/authorisations' for the site. This inspection was followed by a notice in terms of s31H of the National Environmental Management Act 107 (NEMA) which, amongst other things, gives the EMIs discretionary powers to request environmental information during an inspection.

Following the notice in terms of s31H, several exchanges occurred between the Department and AMSA. These culminated in the issuance of a pre-compliance notice and pre-directive on 23 July 2014 (pre-enforcement actions) by the Deputy Director General (DDG). These were followed by further representations from AMSA on 22 September 2014 and 5 December 2014. A meeting between the representatives of AMSA and the Department concluded with further representations by AMSA on 21 September 2015. AMSA's representations had a single objective and that was to deter the Department from issuing a compliance notice and directive (enforcement action) as set out in the pre-enforcement actions. All these exchanges came to naught and, on 7 December 2015, the DDG issued a combined enforcement action in terms of s31L and 28(4)5 of the NEMA respectively. The crux of the enforcement action is that the DDG directed AMSA to cease the disposal of waste into the BOFSDS immediately, and to cease the sale of slag to third parties until proof had been obtained that the said third parties were in possession of a Waste Management Licence (WML). Further, the DDG drew AMSA's attention to the provisions of ss20(b) and 67(1)(a) of the National Environmental Management Waste Act (NEMWA) which creates an offence for anyone who commences, undertakes or conducts a waste management activity without a WML issued in respect of that activity. It is very important to note that the DDG was at all material times mindful that the BOFSDS had been in operation since the 1970s but issued the enforcement action nevertheless (emphasis added).

Aggrieved by the dismissal of its appeal against the enforcement action, AMSA approached the high court and successfully sought to set aside the enforcement action on the basis that the Minister was materially flawed or influenced by an error of law or fact' in the dismissal, and that AMSA did not require a WML for its BOFSDS as it existed before the commencement of the then Environmental Conservation Act (ECA) and the NEMWA.

Following the high court judgment, the authorities appealed to the SCA, which was requested to answer the following questions:

After an extensive legal analysis of the evolution of the waste management legal framework, and the definition of waste and recyling contemplated in NEMWA, the SCA answered all the questions in the negative and, therefore, in my view correctly dismissed the appeal.

Implications of the judgment

To understand the implications, it is imperative to set out the salient transitional legal provisions pertinent to the judgment.

Prior to the enactment of NEMWA, waste management was regulated by the then ECA, s20 of which required a permit for the operation of a waste disposal facility. However, it is important to mention that the then ECA only commenced on 9 June 1989 and, for that reason, did not retrospectively regulate waste management or waste disposal facilities which were established and had operated since the 1970s.

With effect from 1 July 2009, NEMWA repealed and replaced s20 of the then ECA. Section 80(4) of NEMWA provides that a person operating a waste disposal facility established before the coming into effect of the then ECA, and which was operational on 1 July 2009, may continue to operate the waste disposal facility until such time the Minister called upon that person to apply for a WML in terms of s82 of NEMWA. Save for the draft notice promulgated under GG42380 of GN 541 of 5 April 2019, there is currently no notice giving effect to s82 of NEMWA and, therefore, s80(4) applies to waste disposal facilities that predate the then ECA. However, it is imperative that industries keep abreast of the legal developments pertaining to the notice mentioned, since it will have serious legal repercussions including, among others, the application for a WML for existing waste management activities, and approval or rejection of such applications.

Finally, given the reputational and financial risks associated with the enforcement actions, it will be prudent for authorities to always be mindful of the transitional arrangements contemplated in the waste management legal framework whenever invoking enforcement actions.

Koti writes in his personal capacity.