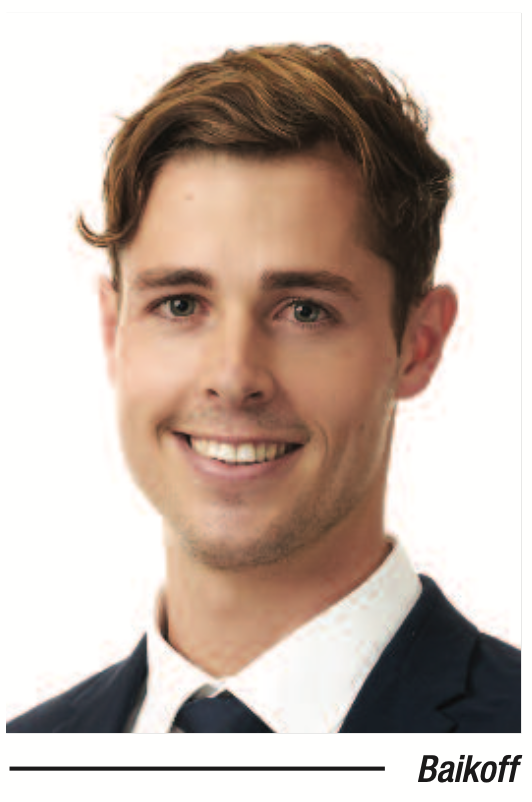 For instance, in South Africa, the seminal decision of the Constitutional Court in the case of Competition Commission of South Africa v Pickfords Removals SA (Pty) Limited [2020] ZACC 14 (Pickfords) now allows for the possibility that cartel cases may be investigated and prosecuted three years after the anti-competitive conduct has ceased. Director disqualifications have occurred in the United Kingdom, and criminal sanctions for competition law contraventions have been given more impetus in recent years in countries such as the United States of America and many other jurisdictions worldwide. This article assesses the trend of enhanced enforcement by interrogating the importance of the decision in the Pickfords case and its potential ramifications for competition law in South Africa, as well as recent developments relating to cartel prosecutions in the European Union and the USA.

Although it remains to be seen, the CC's decision in the Pickfords case may lead to significantly increased competition law enforcement in South Africa. The case concerned an initiation and subsequent amendment of a complaint by the Competition Commissioner to the Competition Tribunal against Pickfords and other players within the furniture removal industry. It was alleged that Pickfords had engaged in 37 instances of collusive tendering, thereby breaching s4 of the Competition Act. Pickfords, however, launched an exception to the complaint referral and alleged that 20 of the 37 counts should be dismissed, as 14 of them were time barred in terms of s67(1) and that the remaining six were insufficiently pleaded. In a unanimous judgment delivered on the 24 June, the CC upheld the Competition Commission's appeal and made a number of notable findings. The two most important aspects of the decision focused on the correct complaint initiation date and the prescription provision of the Act.

The ruling surrounding the correct date for the complaint initiation is significant as the CC allowed the Commission to bring a complaint against Pickfords even though Pickfords was not named as a respondent in its initial complaint initiation. In its reasoning, the CC emphasised that the complaint should be directed at a prohibited practice under the Act. In this regard, the CC held that the initial omission of a firm or party at the stage when the complaint is first initiated by the Commission and its subsequent addition to the complaint are not fatal given the wording of s49B(1) and the absence of strict formalities required by the procedure. This finding essentially affords the Commission the freedom to draw in cartel participants at different stages of cartel investigations.

In a similar vein, the CC's finding in relation to s67 potentially allows the Commission to prosecute clandestine cartels three years after the cartel's activities have stopped. Section 67 (as it was at the time of the initiation) provides that "A complaint in respect of a prohibited practice may not be initiated more than three years after the practice has ceased." Although the section has been amended to clarify that prohibited practices that ceased more than three years before the complaint was initiated may not be referred to the Tribunal, the judgment does not deal with this distinction and rather focuses on whether the time-bar provision was absolute or procedural. The CC found that the time-bar provision contained in s67(1) was a mere procedural time-bar capable of condonation under s58(1)(c)(ii). However, the CC stated that condonation would only be possible on good cause shown. Additionally, the CC's view was that adopting an absolute time-bar interpretation of s67(1) would block the Commission's access to the courts as enshrined in s34 of the Constitution and would defeat the objectives of the Act.

The CC also adopted the view that a stricter approach to the time-bar would encourage cartel members to remain silent about their prohibited conduct for just over a period of three years from the cessation of those activities in order to remain immune from sanction. It is posited that this reasoning will assist the Commission in being informed of and prosecuting cartel behaviour through an increase in leniency applications. Had the CC engaged in a substantive time-bar interpretation, it would have further subverted this key mechanism available to the Commission as cartel members would have preferred to wait out the three year period in hiding rather than coming forward and potentially suffering criminal sanctions.

However, a few key questions remain. Firstly, how far will the period for condonation extend? There has been no indication from the CC as to how much time will need to have elapsed in order for condonation to no longer be possible. What this may mean is that when the Commission picks up on alleged cartel activity, it could essentially shake the tree and see what else falls out with no regard to the historic nature of a cartel. Secondly – what would the Commission have to show in order to argue that there is "good cause" for condonation? While little guidance was given on what this might entail, the CC did state that it would depend on the facts of each case and that the overriding consideration would be that condonation would be granted if it were in the interests of justice to do so. It is also arguable that attempting to engage in prosecutions of historic cartels could be seen as an inefficient use of public resources, better suited to pursuing current contraventions of the Act. While extensive guidance is required by the Tribunal about the practical implications of this judgment, it is clear that the Commission has been afforded much greater powers in its function of enforcing competition within South Africa. This is likely to result in many more prosecutions in the coming years.

On a related note, although the scope of prosecution is expanding, there has been strong public sentiment in South Africa that cartel participants should receive stricter punishment. Since the criminalisation provisions of the Act came into force four years ago, we are yet to see a director or manager of a company imprisoned for engaging in cartel conduct. Effective collaboration between the Commission and the National Prosecuting Authority (NPA) is necessary and, since there is new leadership at the helm of the NPA, we may soon see some movement on this enforcement mechanism.

Other jurisdictions, however, have been effectively and consistently applying criminal sanctions. For example, in June, the United States Department of Justice (DOJ) announced that the former Chief Executive Officer and President of Bumble Bee Foods LLC had been sentenced to 40 months in jail and had been fined US$ 100 000 (approximately ZAR 1.7 million) for his integral role in a three-year competition conspiracy to fix prices of canned tuna. The DOJ also recently announced that four executives had been indicted by the federal grand jury for their roles in a conspiracy to fix prices and engage in bid rigging for broiler chickens. The charged offences carry a maximum penalty of 10 years imprisonment, as well as a US$ 1 million (approximately ZAR 17.2 million) fine.

Personal liability for directors, in the form of director disqualification, is another sanction which has been increasingly imposed internationally. When a director is disqualified, that individual cannot be a director of any company registered in the UK or any overseas company with connections with the UK. In addition, a director who is disqualified cannot be involved in the forming, marketing or running of a company. Director disqualifications can last for up to 15 years. In June, the UK's Competition and Markets Authority (CMA) reported the disqualification of two estate agent directors and one pharmaceutical company director by virtue of their involvement in setting minimum rates for the commission on the sale of residential properties, and illegal arrangements affecting the supply of nortriptyline (a form of medication used to treat depression) respectively. To date, 19 directors have received personal sanctions in this respect, with the time-period for director disqualification ranging between one-and-a-half to seven-and-a-half years. In addition to these sanctions, the CMA is also empowered to impose criminal sanctions of up to five years imprisonment for cartel offences.

The examples of South Africa's international counterparts showcase a clear stance in favour of enhanced enforcement for competition law contraventions – a trend which could see South African competition authorities follow suit. The Pickfords judgment appears to be an indication of this stance as it has the potential to increase the ability of the Commission to prosecute contraventions of the Act significantly. While criminal sanctions and director disqualifications have gained traction worldwide, it remains to be seen whether the Pickfords case (or other similar cartel contraventions) will result in the first criminal sanctions being imposed in South Africa for cartel behaviour. What is clear is that firms should be cognisant of the increased risks as enforcement efforts continue to expand.

Baikoff is a Candidate Attorney with Webber Wentzel. The article was overseen by Daryl Dingley, a Partner.