By JEANDRI CLOETE, Published in Mining 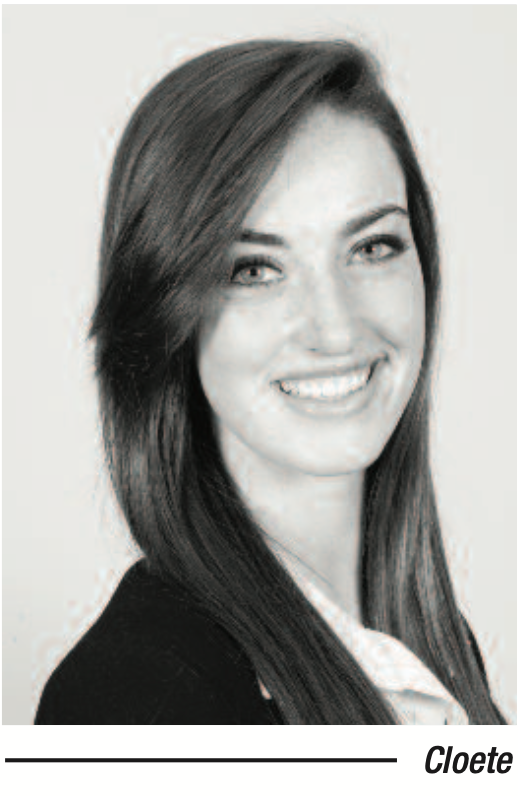 Following the publication of the Broad-Based-Socio-Economic Empowerment Charter for the Mining and Minerals Industry (2018 Mining Charter) on 27 September 2018, the Minerals Council of South Africa (the Council) challenged various clauses and contended, amongst other things, that in its current form, the 2018 Mining Charter failed to extend protection or fully recognise previous empowerment transactions upon the renewal and transfer of mining rights. This has the effect that mining right holders would have to top up their empowerment shareholding should they fall below the required target. The Council launched an application to review and set aside these clauses.

The Minister of Mineral Resources and the South African Diamond and Precious Metals Regulator (the respondents) opposed the application, contending that there was no merit in the Council's challenge and complaint. In addition, the respondents contended that the Council had failed to join "important, necessary and relevant" parties to the matter ("non-joinder"). As such, it was alleged that the merits of the Council's challenge and complaint could not be adjudicated until the parties had been properly joined to the proceedings.

At the hearing, both issues were addressed comprehensively with the understanding that, should the court find merit in the respondents' non-joinder point, it would only issue an order consistent with that finding while leaving the determination of the merits of the Council's case, including a key issue of whether the 2018 Mining Charter constitutes law or policy, for another day.

The question of joinder of necessity depends on whether a party has a direct and substantial interest (therefore a legal interest) that may be affected prejudicially by the judgment. In Amalgamated Engineering Union v Minister of Labour 1949 (3) SA 637 (A.D.), the court recorded the two essential principles of our law as being:

Besides the court's obligatory duty to join a party who has a direct and substantial interest in the subject matter of the litigation, a defendant may be joined under the common law on grounds of convenience, equity, saving of costs and avoiding multiple actions. However, this was not the case made by the respondents.


Elements considered in making the decision

Together with the Preamble, the Objects of the Mineral and Petroleum Resources Development Act, 2000 (MPRDA) establish a set of principles that are required to guide every decision taken in terms of the MPRDA. It is evident that the legislature aimed to rectify past economic and socio-political inequalities, while providing for the sustainable development of the nation's mineral and petroleum resources and the creation of a mining regime that is internationally competitive and efficient. When required to do so, courts are bound to ensure that actions taken in terms of the MPRDA are consonant with these principles.

The Objects of the MPRDA that are most relevant to understanding the context within which this litigation was considered, are to:

Section 23 of the MPRDA empowers and compels the Minister to grant a mining right to any person who meets the conditions for the mining right and if, inter alia, the granting of the right would advance the objectives already mentioned and comply with the 2018 Mining Charter. In fact, the MPRDA, in terms of s100(2), placed the onus on the Minister to ensure the attainment of government's objectives to redress historical, social and economic inequalities by developing a broad-based socio-economic empowerment charter. Enter the Mining Charter!

Unlike the 2017 Mining Charter, the community parties were consulted, and their interests taken into account when formulating the 2018 Mining Charter. In addition to this, the Minister established a Mining Charter Transformation Team (MCTT), consisting of various parties, including the Association of Mineworkers and Construction Union, the National Union of Mineworkers, Solidarity, and the United Association of South Africa (the trade unions), as well the Council, the Council for Geoscience and the South African Mining Development Association (SAMDA).

To join or not to join?

The respondents' non-joinder issue related, primarily, to the fact that the community parties and the members of the MCTT were not cited in the proceedings. The respondents alleged that these parties had a direct and substantial interest in the matter.

The Council, however, alleged that although these parties were involved in the formulation of the 2018 Mining Charter, they did not promulgate it nor are they involved in enforcing it. "They may have participated in its formulation and they may even potentially benefit from its implementation, but that is insufficient to afford them a legal interest in the matter: they are simply not direct and substantial enough to warrant them being joined to the proceedings". As such, the Council contended that, although the Council and respondents had a primary interest in the matter, these identified parties could only, at best, have a secondary interest. The Council further contended that these parties could only be said to have a spes (hope or expectation) arising from the provisions of the 2018 Mining Charter, and nothing more, seeing that benefit flowing from the 2018 Mining Charter is not guaranteed as it depends on numerous factors, including the granting of a mining right. Having a spes does not give one a legal interest.

A) The Community Parties

The court found that the community parties' rights would be destroyed if the Council's application was granted.

B) The social partner parties

In terms of the 2018 Mining Charter, the community parties, members of the trade unions and BEE entrepreneurs acquired the right to benefit when new mining rights are granted, and when existing rights are renewed or transferred. These parties are, therefore, endowed with rights to share in the ownership of the mining companies represented by the Council.

The court found that these issues of ownership were central to the Council's application and, if the order was granted, "the rights that inhere in the prescribed 30% shareholding of the 'previously disadvantaged groups' would be destroyed".

The court found that the 2018 Mining Charter confers certain rights upon the community and social partner parties which require protection – irrespective of whether the 2018 Mining Charter is determined to be law or policy. These rights, when considered within the context of the Constitution and the MPRDA, constitute a direct and substantial (legal) interest, which would cease to exist, should the Council be successful in setting aside the contested clauses.

Cautioning against judicial uncertainty, the court found that even though, strictly speaking, the matter will not be " res judicata", it would be undesirable not to join the identified parties as they would not be able to revive their rights, unless the relief sought by the Council is determined incompetent.

Accordingly, the non-joinder complaint raised was successful and the community and social partner parties were joined to the proceedings.

The court accepted that, based on its analysis, numerous other stakeholders, in particular various other community parties would now be presented with the opportunity to make out a case for a direct and substantial (legal) interest. However, it held fast that such consequence should not be reason to preclude the identified community and social partner parties (which, one might add, were identified quite arbitrarily, as these parties happen to have engaged in related litigation proceedings) to be joined as it would impoverish the litigation and result in these parties suffering harm.

The effect of the decision?

In its commitment to the transformation objective, and in heeding the call for practical change by cautioning against just having the big business and government's voices heard, the court simultaneously opened up a Pandora's Box in so far as proceeding with any application relating to ones' rights under the MPRDA is concerned.

It is further submitted that, in equating a secondary legal interest (expectation), to a direct and substantial legal interest, this judgment creates the unfortunate and onerous obligation for any litigant challenging the law, first to identify and join any party with even a potential interest, possibly rendering any proceedings on anything of a vaguely social or economic nature unmanageable.

Unfortunately, with the Council having to give effect to the directions in respect of the non-joinder, we see the final determination of the challenged provisions, including the status of the Mining Charter 2018 as law or policy, being delayed even further.

Cloete is an Associate with Falcon & Hume.