I confess; I do not regard YouTube as a source of entertainment. Unfortunately, our 10-year-old does (I blame Minecraft and Fortnite). Because we believe our children should be allowed to explore and learn autonomously, we try not to interfere with their journeys down various curiosity rabbit holes. We do, however, keep an eye on what they are reading, listening to, or watching. Unfortunately, this means spending some time watching YouTube streamers do what they do best; scream and yell in abbreviated jargon while playing online games. 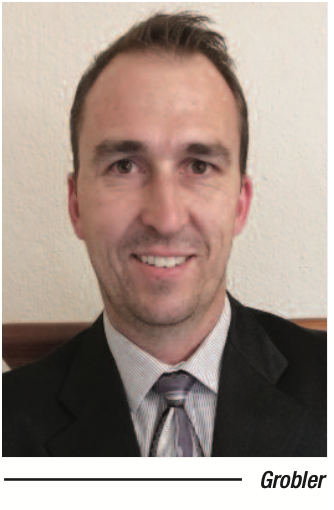 One current favourite is an Australian streamer named "Lachlan", and I was impressed to notice his very overt reference to any sponsored advertising during his videos. These typically occur in the form of an on-screen pop-up like "#AD" bobbing up and down for a few seconds, or he would pertinently explain that he was being sponsored by one company or another.

As in South Africa, the Australian advertising regulator expects advertisers to clearly identify and distinguish advertising content from other content. Interesting to note, however, there appear to be no rules in Australia that compel you to use #ad or #sponsored. Doing so is recommended to ensure transparency. While I doubt that the innocuous "#AD" pop-ups caught our youngest's attention, she could hardly miss Mr Fortnite's overt utterances.

This made me wonder how widely our Advertising Regulatory Board's Social Media Appendix has been adopted and enforced. It was officially adopted in 2019, and aims to "provide a clear set of rules around Social Media Marketing to ensure the protection of consumers and the promotion of ethical conduct by brand marketers and their representatives across all Social Media platforms and activities". In keeping with the general principles of the broader Code of Advertising Practice, it seeks to ensure transparency so that viewers, listeners, readers, streamers, gamers, etc. can make informed decisions, and appropriately contextualise the value of what they see or hear. Key requirements from this "Appendix K – Social Media Code" include:

These correlate with Lachlan's practices in Australia. My next question was whether the ARB has had any opportunity to enforce these rules locally. The answer seems to be no.

At the time of writing this, the rulings published online reflected only one instance where a social media influencer named "Kandy Kane" didn't stipulate that the vehicle she was tweeting about was a loaner from Volvo – in exchange for her review. One complaint in over a year seemed a little low, and I started wondering whether this was because advertisers and influencers generally complied, or because people were unaware of these rules, or oblivious to the fact that their favourite influencers are actually just new vehicles for advertising messages.

This prompted another question; how prevalent are complaints about the other appendices to the ARB Code? These supplementary appendices are crafted by specific industries and are (in my opinion) sometimes an attempt to be seen to be doing something, rather than serving a material purpose. The latest tally shows eight such codes, covering alcohol, toiletries & cosmetics, direct marketing, breast milk substitutes, environmental claims, pet food, food & beverage advertising, and #social_media.

A quick "site" search of the ARB's website delivered 28 results, of which only four were actual adjudications. The rest were links to these appendices or references to them. Two related to alcohol advertising, one to toothpaste packaging (which falls under the cosmetic appendix), and the Volvo matter. Why so few? Perhaps this suggests that some appendices are redundant? After all, during their latest Code Review the ARB removed a handful of appendices.

Because I know that the ARB operates on a reactive basis, I suspect the answer lies somewhere amid the following: Firstly, most complainants (consumers and competitors) are probably oblivious to these appendices (many of which contain robust and comprehensive rules meant to safeguard the industry). Secondly, advertisers who are aware probably take steps to comply, a victory for self-regulation in principle. Finally, there might just be a few "glass houses" – afraid a complaint to the ARB might see a competitor retaliate in kind.

Perhaps these appendices merely serve as the Sword of Damocles, which might benefit consumers and industry alike. Irrespective, it would be interesting to see whether any of our local influencers are ever called to order for spitting out advertisements disguised as innocuous hashtags.

Grobler is an Industry Consultant, Perspective Consulting. He offers a range of services to the marketing and advertising industry.