Hermès: How WWII shortages led to the creation of an iconic brand August 2020

In this article we discuss an interesting piece entitled "A Shortage of Product Packaging During WWII Led to the Birth of Hermès' Famous Orange Color Mark" that appeared in the US publication, The Fashion Law, on 22 May. The title almost, but not quite, says it all. 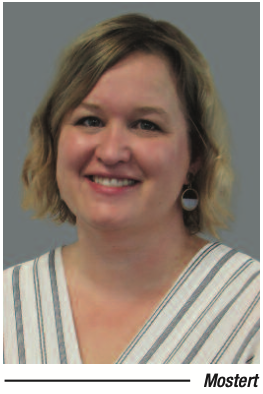 The article tells how in 1942, the German-occupied city of Paris suffered severe shortages in many areas, of which the most serious was undoubtedly food. One of the less serious was the subject of this article, an unusual one that affected Hermès, by then a 105-year old fashion business that specialised in handbags and the like. The company found that it was unable to source the packaging material that had already become synonymous with the product, creamy beige and gold cardboard boxes, as well as marigold coloured boxes "with a shade of bronze running along the borders".

The company found that it was able to source a vibrant orange packaging material. This, according to the article, was a colour "that nobody wanted". But needs must and the company decided that the future was orange. In the words of the article, the "colour became the brand's signature almost overnight".

Put differently, the colour became a brand. The article puts it as follows: "Due to Hermès' consistent and largely exclusive use of the colour, it serves as an indication of source... in other words, when consumers see a box or shopping bag in that specific colour, even without a brand name on it, they likely know it comes from Hermès and some coveted leather good is likely inside".

The article goes on to say "In addition to being a valuable asset from a consumer perception standpoint, that level of recognition in the minds of consumers means that the particular shade acts as a trade mark in much the same way as a brand name or logo".

The article then discusses the legal aspects of colour trade marks. It suggests that US courts have long recognised that colours can be trade marks, making reference to the famous decision of Qualitex Co. v. Jacobson Prods. Co. – 514 U.S. 159, 115 S. Ct. 1300 (1995), relating to the colour pink.

The article tells us that in the USA Hermès has a trade mark registration for the colour orange in connection with its name and its horse-and-carriage logo, whereas in France it has registrations for the colour on its own. The article does, however, go on to remind us that in 2005 Hermès failed to get an EU registration because it could not establish that the colour had acquired distinctiveness in the minds of the public at the date of application. One of the factors that the authorities considered was that the colour orange "cannot be considered an exceptionally unique and uncommon shade". Another was the fact that "consumers generally do not tend to identify the origin of products from a colour per se". The author of the article wonders whether a different result might be achieved today, with 15 more years of "significant sales, advertising and third party media attention".

There's no getting away from the fact that colour trade mark applications and registrations don't have a great record. In previous articles we've discussed how in Australia, the company, Frucor, failed in an application to register the colour green for drinks, following an opposition from Coca Cola, and how BP failed to get trade mark registration for a specific pantone number of green for petroleum products. We've seen how in the UK Cadbury failed to get a trade mark registration for a specific purple for chocolate. We've seen how a passing-off case involving purple-coloured inhalers failed.

Positive colour trade mark stories exist, but they are rare. Many years ago, Veuve Clicquot succeeded with an EU application to register the colour orange for champagne. In South Africa, the old Advertising Standards Authority was amenable to an advertising claim based on the silver-and-green colour combination of Castle Light (beer).

There is no doubt that colours and colour combinations play a source-indicating role, one that should be protectable. Persuading the authorities – both trade mark offices and courts – is, however, very difficult!

Mostert is a Senior Associate, Intellectual Property department with ENSafrica. The article was reviewed by Gaelyn Scott, head of IP.