By THANDEKA MDHLULI, Published in COVID-19 The Law

On 23 March, President Cyril Ramaphosa announced a nation-wide lockdown in South Africa. Starting on 26 March, the lockdown was due to last 21 days (ending on 16 April) and aimed to address, prevent and combat the spread of the coronavirus. The government immediately invoked the Disaster Management Act (57 of 2002) and passed regulations (as amended by Gazette 43168 of 26 March 2020, and subsequently by Gazette 43199 of 2 April, Gazette 43232 of 16 April and Gazette 43240 of 20 April) to deal with the pandemic. 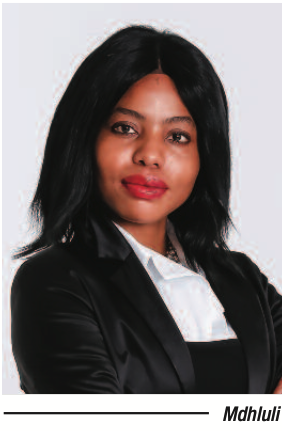 The lockdown imposed by the South African government regulations is said to be one of the strictest globally. The regulations put in place prohibited/banned the sale of goods classified as "non-essential''; including but not limited to the sale of tobacco, specifically cigarettes. Even with the easing of regulations, the ban on cigarettes remains in effect. Nkosazana Dlamini-Zuma, a doctor who served as health minister in the 1990s, and who is now the Minister of Cooperative Governance and Traditional Affairs, argued that while COVID-19 was a relatively new disease, early studies supported the view that using tobacco products not only increased the risk of catching the disease but also the risk of contracting a more serious form of it.

Government's justification for the ban of cigarettes relies solely on it having been done for health reasons. Its initial assumption was that cigarettes would then become inaccessible to smokers. However, this assumption has proven to be incorrect as it only precipitated a move by smokers to turn to the black market where they pay high prices while government loses millions of rand daily in taxes.

It is evident that smokers do not intend to quit smoking and that, even with the ban, they are able to access cigarettes. Unfortunately, the cigarettes available on the black market are even more hazardous to public health than legal cigarettes: most of them are above the allowed 12 mg reading on both tar and nicotine, and they are accessed through illegal trading that does not comply with COVID-19 regulations regarding delivery and exchange of goods, which has the potential to increase the infection rate. The most popular opinion in South Africa is that the ban of cigarettes is in itself an "absolute gift to the criminal suppliers".

British American Tobacco South Africa (BATSA) reported that the ongoing tobacco ban is costing government R35-million in taxes daily. These taxes would be very useful to the country and its people in the current dire economic situation. The job losses from the tobacco ban have affected the entire supply chain from production, packing, driving and delivery to shelf packing at retail stores. A study by Professor Corne van Walbeek, Samantha Filby and Kirsten van der Zee, conducted at the University of Cape Town, revealed that around 90% of survey respondents (smokers) had purchased cigarettes during the lockdown. The results, supported by evidence, reveal that the ban has not been successful.

This proves that despite freedom of choice being enshrined in the Constitution, government has robbed smokers of their freedom of choice with absolutely no benefit to smokers or the country as a whole and, overall causing more harm than good.