By JONATHAN WITTS-HEWINSON, Published in COVID-19 The Law

It is essential for the stability of our society, and respect for the rule of the law, that parliament pass laws and promulgate legislation which willbear scrutiny when evaluated against the norms of our society, the expectations of the everyday life of South Africans, and the values enshrined in our Constitution. 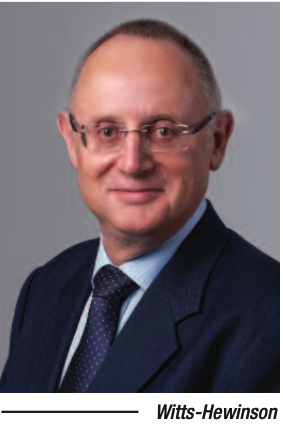 It is equally important that parliament should not seek to criminalise what most South Africans might regard as normal or acceptable behaviour. Part of the reason why criminal sanctions serve (as of course they should) as a deterrent to criminal conduct, is because society shuns criminal behaviour. People, therefore, attempt to conduct themselves in a manner which will avoid criminal consequences, and the blemish which a criminal record ought to have on a person's reputation.

If laws and regulations are promulgated which tend to make criminals of all of us, then something will have gone wrong. If everyone is a criminal, then there is little, if anything, reprehensible in receiving a criminal conviction, and one of the most important deterrents, discouraging people from criminal conduct, will have been laid to waste.

We have seen what happened in South Africa when over-zealous politicians sought to enforce certain aspects of the COVID-19 pandemic lockdown, which resulted in public opinion turning full circle against what society had initially regarded as a sensible and necessary process. Popular support for the lockdown turned into dismay, ridicule and, eventually, an outright disregard for many of the measures sought to be implemented. This is what happens when a government seeks to enforce laws and regulations which the public at large regards as inappropriate, or applies an overreach of the measures which ought properly to be adopted for purposes of achieving an appropriate goal.

As an example, one now reads of proposed amendments to legislation aimed at curbing road deaths caused by drunken driving. So far so good. No one is seriously going to argue that proper steps should not be taken to address this problem. If, however, measures are introduced which, on a common-sense basis, amount to overreach, then one runs the risk that no-one will respect the measures. If there is the potential for everyone to become a criminal because their conduct is not regarded by general society as wrong or reprehensible, then the state is inviting disobedience from its citizens.

It is often helpful to use a silly example to illustrate a good point. So, if one wished to eradicate deaths on the road, then government might consider banning motor vehicles and making it a criminal offence to drive any vehicle. If there are no cars on the road, there will be no accidents.

Self-evidently, this would be ridiculous.

Why, one is then driven to ask, does our government sense that it might be commendable to introduce legislation which places an absolute prohibition on driving any vehicle whilst having any (even the minutest amount) alcohol in one's system? The problem on our roads, after all, is accidents caused by drunken drivers. The problem is not accidents caused by people who are driving after one drink, or within the existing alcohol limits.

Proposed legislation threatens to make a criminal of people who behave in a responsible manner and which has, until now, been considered normal. For example, those who:

The ostensible reason for the proposed Draconian legislation is that existing legislation is not curbing road deaths. The assumption seems to be that a change in the permitted alcohol limit will miraculously change the habits of the real drunk drivers (i.e. those who drive at twice the legal limit or more). If some people are currently happy to drive after having six or eight beers, or four double brandy and Cokes, why would those same offenders choose to change their behaviour simply because government legislates against those who drink responsibly? Self-evidently, the premise motivating the new legislation is misguided.

Why then do we have so many road deaths and accidents caused by drunken driving? It seems to me that it is far more likely that the answer lies in the way the criminal justice system is functioning (or not functioning). The stories of people escaping arrest by paying bribes to willing police officers or traffic officials are legend. If that is not bad enough, others are paid to make dockets go missing. This is the rot which must be eliminated.


All that the new legislation is likely to do is to expose a greater number of the public to accusations that they are "driving under the influence" and that, unless they accompany the officer to the nearest ATM machine (to pay over a bribe), they will simply have to spend the night in jail, until a court has dealt with their bail application in the morning (or God forbid, on Monday after a weekend). And this is the common experience, or threat, faced by average South Africans.

What our politicians and state officials need to do is to fix the underlying problem; eliminate the rot of bribery, dishonesty and corruption within the law enforcement agencies, and restore efficiency to the prosecutorial system.

What we do not need is ill-conceived legislation which threatens to exacerbate existing problems or, worse still, leads to a deterioration in the respect which the general public has for the credibility and legitimacy of the law. This has the potential to detract from the social fabric of our society. Put differently, promulgating over-zealous legislation against the background of a poorly functioning criminal justice system is likely to instigate, by way of response from the public, a general disregard for the law, to the detriment of the well-being of anorderly society.

Witts-Hewinson is a Consultant to Cliffe Dekker Hofmeyr.