By NAA’ILAH ABADER AND NATASHA COLEMAN, Published in Employment Law

In practice, it is not uncommon for grievance procedures to be invoked as a reaction to disciplinary proceedings. This occurs when an employee facing disciplinary charges or potential charges lodges a grievance with the employer relating to the same subject matter. An employee who lodges a grievance and subsequently finds themselves dismissed will no doubt have the suspicion that the reason for their dismissal was the fact that they had lodged a grievance, rather than for an act of misconduct. Yet, many would agree that dismissing an employee merely for the act of raising a grievance, either in terms of statute, an employment agreement or a workplace policy, would be contrary to the very purpose of the grievance process and basic principles relating to fair employment practices. 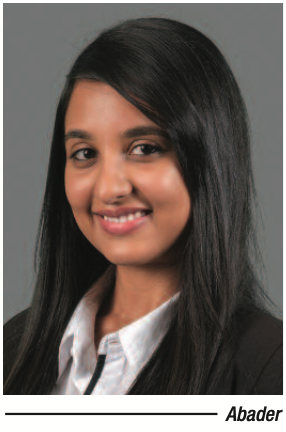 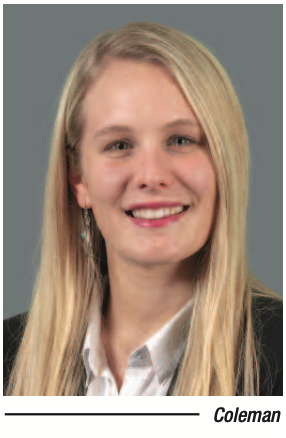 In the US, dismissing an employee for having raised a grievance may fall within the ambit of a retaliatory termination – which is prohibited. Under several federal statutes, a retaliatory dismissal takes place when an employee engages in a protected activity by either complaining about a specific illegal employment practice or filing a formal claim of discrimination. As a result, the employee suffers an adverse employment action as defined in terms of the statute. The concept of retaliatory termination for protected activity is now well accepted by the United States' Supreme Court. If the lodging of the employee's grievance constitutes a protected activity, he or she may be able to successfully claim for injunctive relief, compensatory damages or punitive damages against his/her employer for wrongful termination under US employment law.

The South African position – does retaliation amount to an unfair dismissal or one that is automatically unfair?

In South Africa, the Labour Court was prepared to accept that a dismissal in reaction to an employee lodging a grievance is automatically unfair. An automatically unfair dismissal is an elevated type of dismissal, in the sense that it provides an employee with an enhanced remedy. In the event that reinstatement is not an appropriate remedy, the Labour Court is empowered to order the payment of an amount of up to two years' salary as compensation, rather than the one year's salary for an ordinary unfair dismissal.

This was accepted for the first time in Mackay v ABSA Group & another (Mackay) (C 487/98) [1999] ZALC 116 (28 July 1999). The Labour Court based its view on s187(1)(d) of the Labour Relations Act (66 of 1995) (the LRA). This provides that a dismissal of an employee for having taken action, or indicating an intention to do so, against the employer by exercising any right conferred by the LRA constitutes an automatically unfair dismissal. The court accepted that lodging a grievance constitutes an exercise of a right conferred by the LRA and a dismissal as a result was, therefore, an automatically unfair dismissal. The court reasoned that a purposive interpretation of s187 would include the exercise of a right conferred by a private agreement between an employer and employee and the participation by an employee in a privately agreed grievance procedure must have been contemplated as a proceeding in terms of the LRA (the Mackay position).

On appeal, the Labour Appeal Court (LAC) found that, on the facts, the dismissal of the employee was not in retaliation to the employee lodging a grievance. There was no causal nexus between the employee's grievance and the subsequent dismissal and, therefore, the court did not need to opine on whether it was then automatically unfair. The reasoning of the Labour Court's decision was later subjected to judicial scrutiny in De Klerk v Cape Union Mart International (Pty) Ltd (C 620/2011) [2012] ZALCCT 22; (2012) 33 ILJ 2887 (LC) (12 June 2012). In the absence of any contrary finding from the LAC, the Labour Court found the Mackay decision to be sufficiently persuasive so as not to prevent the employee from referring an automatically unfair dismissal. In this regard, Steenkamp J stated:

"I am not persuaded that the purposive interpretation adopted by Mlambo J is clearly wrong. It does seem anomalous that an employee in the position of Ms de Klerk or Mr Mackay should not enjoy special protection. Why would a whistleblower enjoy special protection in terms of s 187(1) ( h), but not an employee who lodges a grievance in terms of her own employer's procedures?"

Thus the position was that, if employees could establish that they were dismissed directly as a result of having raised a grievance, they could approach the Labour Court for relief in terms of s187. Notably, this position is wider than that followed in the US, where a grievance would only be construed as worthy of protection if it related to a specific illegal employment practice or a formal claim of discrimination. Conversely, the Mackay position was that raising a grievance is an exercise of a right conferred by the LRA and dismissing an employee for raising a grievance could possibly be automatically unfair.

Now, twenty years later, the Mackay position has been rejected by the Labour Appeal Court in DBT Technologies (Pty) Ltd v Mariela Garnevska (JA61/2018) [2020] ZALAC 26 (18 May 2020) (DBT). Here, an employee lodged a grievance in terms of a contractually agreed grievance procedure (and not one arising from a general workplace policy) alleging that a fellow employee had hit her. After the grievance investigation found that there was no merit in the complaint, the employer instituted a disciplinary process against the employee, on the grounds of misconduct for making a false allegation of assault. The employee was dismissed. She argued that her dismissal was automatically unfair and referred a dispute to the Labour Court. Although the court did not refer to the Mackay decision, it accepted that a dismissal in reaction to the lodging of a grievance could be automatically unfair. On appeal, the LAC rejected the Mackay position. This is evident from the following excerpt from the decision:

"The reasoning of the Labour Court in Mackay is, with respect, misdirected. There is no need to read into the language of section 187(1) (d) of the LRA an additional species of automatically unfair dismissal in order to give effect to the constitutional right to fair labour practices or to advance effective dispute resolution. Section 188 read with section 191(5)(a) of the LRA amply protects the rights of an employee who is dismissed for lodging a grievance under a private agreement and provides for effective dispute resolution by means of arbitration. The constitutional right to fair labour practices in section 23(1) of the Constitution is given effect to by the LRA. Section 187(1) of the LRA explicitly carves out particular kinds of egregious employer conduct for adjudication exclusively by the Labour Court with additional remedial powers to grant increased compensation. There is no legal basis to extend the scope of section 187(1) of the LRA by adding additional kinds of employer conduct not contemplated by the legislature when enacting the LRA, especially where it has provided adequate redress elsewhere."

Although the LAC rejected the Mackay position, the court still found that "without question, were the evidence to prove that an employee was dismissed for filing a grievance, the dismissal would be unfair because it would be for a substantively unfair or invalid reason". Employees will still have a remedy, but not one based on an allegation of an automatically unfair dismissal.

It is noteworthy that the LAC stated that a grievance complaining about a fellow employee's conduct, filed in terms of a contractually agreed grievance procedure does not, at first glance, constitute taking action against an employer, neither does it involve the exercise of any right conferred by the LRA. However, the LAC went on to state that where an employee files a grievance under a grievance procedure forming part of a collective agreement binding in terms of s23 of the LRA, it is perhaps arguable that he/she exercises a right conferred (albeit indirectly) by the LRA.

Grievance procedures have several benefits as they have the potential to:

On these benefits alone it would be remiss of an employer to tarnish the grievance procedure with the threat of a subsequent dismissal which may, in any event, be found to be unfair.

Abader is a Senior Associate and Coleman an Associate with ENSafrica.