Fraud in a contract unravels all September 2020

The recent Supreme Court of Appeal (SCA) judgment of Namasthethu Electrical (Pty) LTD v City of Cape Town and Another (Case no 201/19) (2020) ZASCA (29 June 2020) demonstrates that an adjudication clause in a contract cannot be used to save a contract entered into as a result of fraudulent misrepresentation. 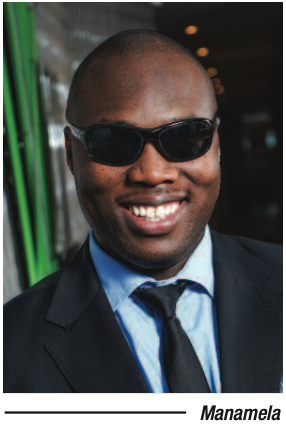 In March 2014, the City of Cape Town advertised a tender for the supply, retrofit and installation of energy efficient luminaries at the Cape Town Civic Centre. The tender was awarded to Namasthethu in August 2014. In November 2014, the City and Namasthethu entered into a written agreement.

On 25 November 2014, the City wrote a letter to Namasthethu stating that it had come to the City's attention that in August 2013, Namasthethu and/or its directors had been found guilty on charges relating to fraud and corruption. Namasthethu was required to respond.

In a letter dated 27 November 2014, S Chetty, the Chief Executive Officer of Namasthethu responded, stating that neither Namasthethu nor its sole director, S Chetty, had been convicted of fraud and corruption in 2013. The letter confirmed that Namasthethu was cited as a respondent in civil proceedings that had since been finalised, but no order had been made against it.

The City replied to Namasthethu's letter on 3 December 2014, stating that the City had received information from the CIDB indicating that on 13 August 2013, Namasthethu and/or its directors had been found guilty on various charges of fraud and corruption in terms of a plea and sentence agreement entered into under s105A of the Criminal Procedure Act (51 of 1977). The information further indicated that Namasthethu and/or its directors were sentenced to a fine of R200 000 and a suspended sentence of five-years' imprisonment. The letter notified Namasthethu that the matter would be referred to the City's Forensics Ethics and Integrity Department (FEID) for further investigation. The company was asked to respond within seven days. In the meantime, the city instructed the FEID to probe the allegations against Namasthethu.

On 12 December 2014, Namasthethu responded to the City's letter, stating that the sole director of the company at the time of the tender was Mrs Shamla Chetty. Reference was made to an attached letter, ostensibly written by Colonel K Naidoo of the South African Police Service (SAPS) anti-corruption task team, which indicated that no criminal conviction was obtained against Namasthethu or Chetty under criminal matter PMB CASE 611/5/2012 or case number 41/66/2013, and that 'Shamla Chetty was not an accused at the finalisation of the criminal matter'.

The FEID's probe was concluded and a report given to the City Manager on 26 February 2016. It confirmed that there had been a number of false misrepresentations and other fraudulent conduct on the part of Namasthethu. The report confirmed that Namasthethu and its directors, R Chetty and S Chetty, were criminally charged with fraud and corruption while Namasthethu (trading as Nationwide Electrical) and R Chetty were convicted in the KwaZulu-Natal High Court (Pietermaritzburg) less than a year before the tender application. S Chetty was found to have made a prima facie misrepresentation when she answered in the negative when asked whether the company/entity and/or any of its directors had been convicted for fraud or corruption in the past five years. She had also used a fictitious local business address in the application.

In March 2015, the City informed Namasthethu that the contract would be cancelled with immediate effect because the company had acted fraudulently during the tender process. Without disputing the validity of the City's assertions, Namasthethu contended that the issue be referred to arbitration as envisaged by the dispute resolution clause of the contract.

Namasthethu initiated the process of arbitration, the outcome of which was declared unenforceable by the court a quo. The SCA stated in Esorfranki Pipelines (Pty) Ltd and Another v Mopani District Municipality and Others (40/13) [2014] ZASCA 21; [2014] 2 All SA 493 (SCA) (28 March 2014) that 'fraud is conduct that vitiates any transaction known to the law'. The SCA reiterated the principle it had highlighted in North West Provincial Government and Another v Tswaing Consulting CC and Others (190/05) [2006] ZASCA 108; [2007] 2 All SA 365 (SCA); 2007 (4) SA 452 (SCA) (21 November 2006) that the arbitration clause was nested in a fraud-tainted agreement, and its enforcement would be offensive to justice. Once an aggrieved party rescinded the agreement, the arbitration clause could not stand because disputes regarding fraudulent misrepresentations and non-disclosures were not generally intended to be arbitrable, unless parties specifically made provision for such disputes to be referred to arbitration. The city's agreement with Namasthethu did not contain any such provision. The adjudication clause in the agreement envisions only those disputes arising in the context of a valid agreement.

The City was entitled to rescind the agreement with Namasthethu after successfully establishing that the latter had made a number of fraudulent misrepresentations before entering into it. Most importantly, as an organ of state, the City had to be clinical in how it responded to the complaint lodged by Citrine Construction. As an organ of state, it had to uphold broader public interests to curb corruption and promote good governance, establish and enforce ethical norms, and spend public funds responsibly.

Equally important, according to Farouk HI Cassim, formerly professor of law at the University of Johannesburg, fiduciary duties of directors under the Companies Act are "mandatory, prescriptive and unalterable", and apply to all companies. Cassim further posits that the purpose of these duties is to raise corporate and directorial conduct, protect the company, shareholders and the broader public interests. Fraud and corruption continue to have what the SCA referred to as a corrosive effect on society. However, this judgment is a reminder that no party to an agreement, let alone an organ of state, should be compelled to endure a contractual entanglement due to an adjudication clause.


Manamela is a Candidate attorney with VDT.