Can COVID–19 be classified as Force Majeure in South Africa? September 2020

The 23rd of March will forever be etched in the minds of South Africans. The President of the Republic of South Africa, Cyril Ramaphosa, declared a 21-day national lockdown effective from midnight on Thursday, 26 March 2020 to Thursday, 16 April 2020 to curb the spread of the coronavirus. The question is, to what extent can COVID–19 be declared force majeure in a South African legal context? Force majeure – Irresistible force, unforeseen and external. 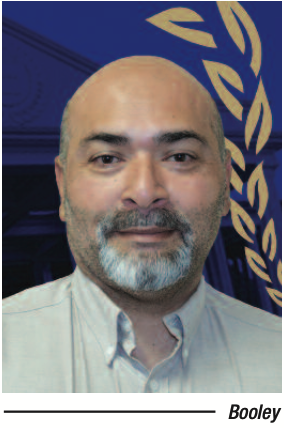 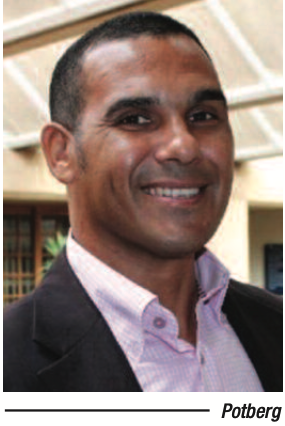 Generally, the insertion of a force majeure clause covers instances where a contracting party would find it physically impossible to perform his/her obligations. Force majeure refers to a clause that is included in contracts to remove liability for natural and unavoidable catastrophes that interrupt the expected course of events and prevent participants from fulfilling obligations. It also encompasses human actions, such as armed conflict. However, force majeure would also find application where government either introduces new legislation, or through government action, which renders performance impossible. This means that the performance now becomes legally and not physically impossible, or perhaps both legally and physically impossible. Questions about what is and is not "foreseeable" in a legal sense have been raised, given the increased awareness of, for example, pandemics, asteroids, super-volcanoes, cyber threats, and nuclear warfare.

French law applies three tests for whether a force majeure defence is applicable: the events must be unforeseeable, external and irresistible.

According to English law, the courts and various tribunals have contended that it is difficult to prove that force majeure has prevented or delayed the contractual performance of the parties. Recent cases, Triple Point Technology v PPT (2017) and Seadrill Ghana v Tullow Ghana (2018), are evidence of the English approach. However, in 2020, in the matter of Sucden Middle-East v Yagci Denizcilik v Ticaret Ltd (the M v Muammer Yagci case) by allowing an appeal, the court still maintained the strict and narrow approach to force majeure, stressing that "the answer given to the question is only a narrow 'yes'. It is 'yes' where the circumstances are as is in the present case. The answer does not address all of the circumstances that may come within or fall outside clause 28. The answer is concerned only with the seizure of a cargo with that seizure by a customs authority that is a State revenue authority acting in a sovereign capacity". Although this is a rare judgment, it does give some clarity and guidance on the interpretation of the force majeure clause in some standard form contracts. Although the parties were allowed to rely on force majeure on appeal, this case does not suggest a change from previous cases where the courts adopted a strict and narrow approach to force majeure.

It could be argued that for a contract to be valid, the contractual obligations flowing from such a contract must be possible. The general rule is that an agreement will not create obligations if performance is initially objectively impossible, impossibilium nulla obligation est (impossibility is an excuse for the non-performance of an obligation). In the matter of Peters Flamman and Co v Kokstad Municipality 1919 AD 427 at 434-437, the court held that "A contract is void if at the time of its inception its performance is impossible: impossibilium nulla obligatio. So, also where a contract has become impossible of performance after it had been entered into the general rule was that the position is then the same as if it had been impossible from the beginning." We seem to have departed from the English law position with this judgment. The terms force majeure, vis major and casus fortuitus are used interchangeably and refer to an extraordinary event or circumstance beyond the control of the parties, including a so-called "act of God".


South African common law has adopted a fairly strict approach in that it does not excuse performance or obligations of a contract in most cases dealing with force majeure. For example, in the matter of Glencore Grain Africa (Pty) Ltd v Du Plessis NO & Others (2007) JOL 21043 (O), the court held that there are certain conditions necessary for force majeure to trigger the operation of impossibility that has the consequence that contractants' obligation or performance are suppressed. The court listed the following instances relating to force majeure or impossibility, namely, "(a) the impossibility must be objectively impossible, (b) it must be absolute as opposed to probable, (c) it must be absolute as opposed to relative, in other words if it relates to something that can in general be done, but the one party seeking to escape liability cannot personally perform, such a party remains liable in contract, (d) the impossibility must be unavoidable by a reasonable person, (e) it must not be the fault of either party and lastly, the mere fact that a disaster or event was foreseeable, does not necessarily mean that it ought to have been foreseeable or that it is avoidable by a reasonable person". In the matter of Aveng (Africa) (Pty) Ltd and Strabag International Gmbh v South African National Roads Agency SOC Ltd and Another (the SANRAL case), the court held that force majeure was not applicable in the following instances, namely, (a) where the contract is entered into after the event, (b) to non-performance of monetary obligations, and/ or if the event occurs after the affected party delays performance.

It can be seen that when force majeure clauses are inserted into contracts, those clauses must be comprehensive and stipulate a list of force majeure events that the contractants agree will suspend their obligations or performance, for example the COVID-19 pandemic.

It would be advisable for contractants to include a broad-based wording such as "acts of God" or "acts of the state" to embody events that the contractants may not have reasonably foreseen. The COVID-19 virus was declared a global pandemic by the World Health Organisation (WHO). In South Africa, if government orders businesses to close, public transport to stop running, or any other event that would make the performance of obligations under a commercial contract impossible, this would be deemed an "Act of State" and would fall under our common law understanding of force majeure. This includes regulations related to the protection of property, protection of the public and for the purpose of "dealing with the destructive and other effects of the disaster", as set out in the GN313 of 2020. The phrasing here is relatively wide, and companies should be alert to any subsequent regulations which may affect the ordinary running of their businesses.

Booley is a Senior Lecturer, Department of Private Law, University of the Western Cape. Potberg is a Teaching and Learning Specialist, Faculty of Law.