Till murder us do part with reward September 2020

A spouse in divorce proceedings can obtain a forfeiture order of matrimonial property benefits, but a murdered spouse cannot. 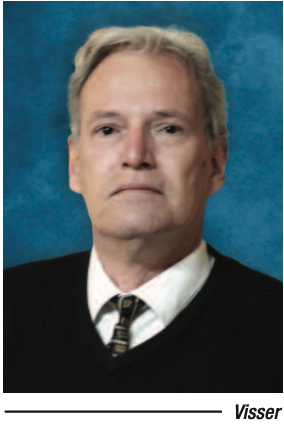 In matrimonial property law, an "unworthy" spouse can be deprived of marital property benefits. The Divorce Act (70 of 1979) provides that when a divorce is granted, the court may make an order that the benefits of the marriage are to be forfeited by one party in favour of the other party.

Section 9(1) of the Act provides that "When a decree of divorce is granted on the ground of the irretrievable breakdown of marriage the court may order that the patrimonial benefits of the marriage be forfeited by one party in favour of the other, either wholly or in part, if the court, having regard to the duration of the marriage, the circumstances which gave rise to the breakdown thereof and any substantial misconduct on the part of either of the parties, is satisfied that, if the order for forfeiture is not made, the one party will in relation to the other be unduly benefited."

This begs the question – should a spouse be placed in a better position if he or she caused the marriage to end as a result of murder instead of divorce?

A person who kills another person is not entitled to inherit from the estate of the person whom he or she has killed. This rule of our common law finds its application in the Roman-Dutch maxim, ' de bloedige hand neemt geen erf' [the bloody hand cannot inherit].

A question arises whether or not the bloody hand maxim can be extended beyond the law of succession to matrimonial property law in cases where spouses are married in community of property. Where spouses are married to each other in community of property, the surviving spouse is automatically entitled to a half-share of the joint estate – this is because the spouses are co-owners of the joint estate, and not because of the rules of succession.

In the case of Ex Parte Vonzell 1953 1 SA (C) the court held that the principle preventing a murderer from benefiting from the estate of his or her victim does not mean that he cannot receive his share of the property which accrued to him during the marriage. The court goes on to say that there is no rule in our law which deprives a person who murdered his spouse of his share of the joint estate, since the murderer does not receive the benefit from the estate of the deceased, but rather as a result of the marriage in community of property.

In Makhanya v Minister of Finance 2001 (2) SA (D) the court extended the use of the bloody hand maxim to cover the proceeds of the deceased's pension fund from benefiting the person who caused the deceased's death.

If the bloody hand principle has been extended to cover pension, provident and insurance policies, why not to the matrimonial benefits of a marriage in community of property?

This question was partly answered in the case of Leeb v Leeb 1991 (2) SA (N), where the court held that where the marriage was in community of property, a wife who had murdered her husband could, on the basis of public policy, be required to forfeit her entitlement to that part of the joint estate to which she did not contribute.

If the Vonzell and Nell cases were to be followed, the spouse guilty of murder would be entitled to their one-half share of the joint estate, while at divorce, the guilty spouse could forfeit the whole or part of the joint estate.

Since the Supreme Court of Appeal has not yet decided the matter, the anomaly, or should I say conflict, remains.

Perhaps the time has come for reasonableness, fairness and public policy to be considered as factors when determining whether a spouse who has murdered his or her partner should be declared unworthy to receive his or her half-share of the communal estate as a result of his or her own wrongdoing.

Visser is a FISA member, FPSA® and Attorney with Du Plessis-Viviers.