By LOUIS VAN VUREN, Published in Law of Succession

Bwanya v Master of the High Court, Cape Town and Others [2020] ZAWCHC 111. The applicant (B) and R met in February 2014 and started living together in R's house in June 2014. The undisputed evidence before the court was that R treated B as his wife. To friends, with whom they mixed socially, their relationship at all times appeared to be that of a loving couple. 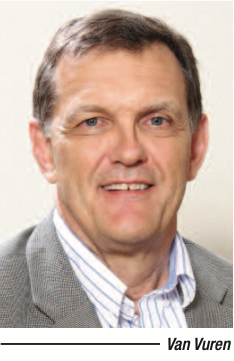 R made several preparations for the two of them to travel to Zimbabwe to meet B's family, negotiate lobola and prepare for a wedding. R died unexpectedly in April 2016. B lodged claims against the estate as intestate heir, as R's spouse, and under s2 of the Maintenance of Surviving Spouses Act (27 of 1990) (MSSA).

The second respondent, the executor of R's estate, rejected both claims. The rejections were upheld by the Master. This led to B bringing the application that both s1(1) of the Intestate Succession Act (81 of 1987) (ISA), and certain provisions of the MSSA are unconstitutional and invalid.

The court held that this constituted unfair discrimination on the basis of gender and sexual orientation and that it is presumed to be unfair under s9 of the Constitution, 1996. The court found nothing to support a finding that the discrimination is, nonetheless, fair in the circumstances and ruled that s1(1) should, therefore, be read to include the words “or a partner in a permanent opposite-sex life partnership in which the partners had undertaken reciprocal duties of support' after the word “spouse" wherever it appears. The court held that, as it stands, s1(1) also impairs the dignity of such an opposite-sex life partner.

Dealing with the MSSA, the court held that it is bound by the precedent set by the Constitutional Court in Volks NO v Robinson and Others [2005] ZACC 2, in which the latter court held that the limitation of a claim under the MSSA to cases where a legal duty of maintenance existed, is not unconstitutional.

The court ordered the Minister of Justice (the third respondent) to pay the costs of the application.

Comment:
It would be surprising if the Constitutional Court does not confirm this judgment.
A properly executed will is always extremely important, and would have avoided the necessity for a court application in the present case.

Court case on fiduciary duty
Breetzke and Others NNO v Alexander NO and Others [2020] ZASCA 97. In September 2012 the trustees of the SH Trust decided to sell immovable properties held by the Trust. Two other trusts, the SF Trust and the JA Trust, were the beneficiaries of the SH Trust. In February 2013 the first respondent (A), one of the trustees, indicated that he wanted to buy the properties from the Trust. Agreement was reached on a purchase price of R179.5m. Of this, R90m related to a property referred to as the SARS property, as SARS was the tenant. A chose to have the properties transferred to a company, Z, which he owned and controlled. In November 2013, Z sold the SARS property to another company, D, for R110m. The first appellant (B) (the first plaintiff in the court a quo) brought an action for breach of fiduciary duty against A and alleged that at the time A offered to purchase the properties through Z, he knew that D was eager to buy the SARS property. B, therefore, alleged that A acted contrary to his fiduciary duty towards the Trust and its beneficiaries by making a secret profit on the subsequent sale of the property. B claimed, on behalf of the SF Trust, half the profit made on the SARS property back from Z. A attacked the claim by way of exception, saying that Z owed no fiduciary duty to the Trust and that its actions in buying and selling the SARS property were, therefore, not wrongful, which is a requirement to prove an action in delict. The exception was upheld by the Kwa-Zulu Natal High Court. The appellants appealed against this judgment.

The Supreme Court of Appeals (Wallis JA (Mbha, Mocumie, Molemela and Dlodlo JJA concurring)) upheld the appeal. The court referred, amongst others, to its judgment in Gross and Others v Pentz and ruled that where another party is aware of the breach of fiduciary duty by a trustee, and participates and benefits from it, such a party's conduct is wrongful and, therefore, subject to delictual action if the other requirements are met. The exception was, therefore, struck down.

Court case on costs of litigation paid from deceased estate
Kriel v Master of the High Court and Others [2020] ZAWCHC 57. The applicant
(K) is the surviving spouse of R, who died in July 2018 at the age of 71. K was 92 at the time of bringing the application. R executed a valid will in March 2005 in which K was the sole beneficiary. R executed two more wills on 8 April 2018 and 26 April 2018 respectively. K alleged in his application that R was not mentally capable of executing a valid will on both these occasions. The first (the Master) and fifth (ABSA Trust) respondents did not oppose the application. The second to fourth respondents did so initially, but later indicated that they would tender a settlement proposal to K and then abandoned their opposition to the application.

The court (Rogers J) held that the two 2018 wills were not validly executed due to R's diminished mental capacity. The court criticised the role the second to fourth respondents played in bringing about the execution of the two 2018 wills, from which they stood to benefit. The court indicated its displeasure with their conduct by deviating from the usual practice in cases about disputed wills that costs be paid from the estate by ordering that these respondents pay the costs. The court, however, refrained from imposing a punitive cost order, as requested by the applicant.

Van Vuren is CEO of FISA. The Fiduciary Institute of Southern Africa (FISA) has developed an extensive archive of court case summaries relating to fiduciary matters. You can visit the archive at: https://www.fisa.net.za/category/court-cases.