RUMOUR HAS IT: WORKPLACE GOSSIP, DISCRIMINATION AND SEXIST STEREOTYPING November 2020

Office gossip is a common occurrence. Employers may prefer to ignore rumours or pass them off as mere lowly tales, for fear that recognising their existence would be improper in a professional environment. This approach is not without its flaws, particularly where these rumours amount to discrimination and victims are left without relief. 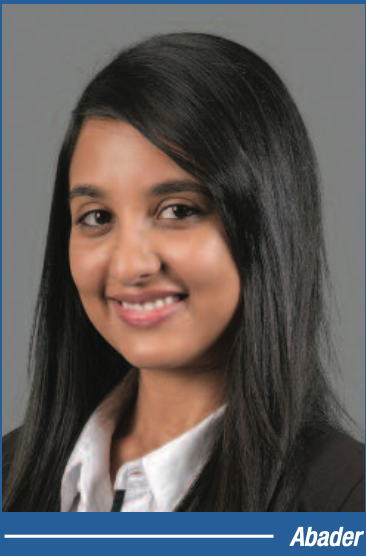 This problem was aptly portrayed in Mthuli/South African Weather Service [2020] (CCMA), a recent arbitration award of the Commission for Conciliation, Mediation and Arbitration (CCMA). In March 2015, Ms Mthuli was employed by the South African Weather Service (SAWS) in the senior position of legal manager. Towards the end of 2015, she became aware of rumours with a sexual undertone that she had questionable relationships with her colleagues. At the time, Ms Mthuli and a colleague – employed as senior manager at SAWS – were in a relationship. Initially, Ms Mthuli tried to cushion the rumours and addressed them verbally. Yet they persisted. In August 2017, employees contacted her partner and maliciously alleged that Ms Mthuli was in a sexual relationship with another employee. Ms Mthuli also learnt that, as a result of the rumours, her office was avoided by colleagues and she was isolated from some of her duties. In the midst of these events, Ms Mthuli's reporting lines changed, which both she and her partner viewed as a de facto demotion. Having endured enough, Ms Mthuli and her partner lodged a grievance to identify the source of the rumours. She felt that she had been sidelined and victimised, her integrity had been questioned and that her dignity had been negatively affected.

Despite lodging a grievance, no grievance hearing was convened. Instead, the SAWS' HR business partner prepared a report. The report made no recommendation and found that there was no tangible evidence of the rumours or where they came from. Ms Mthuli was simply advised that she could take the grievance further if she wished. No subsequent steps were taken by SAWS to quash the rumours, or to intervene. In April 2018, Ms Mthuli tendered her resignation but, after discussions with the CEO, she withdrew it and subsequently went on maternity leave. Ms Mthuli was due to return to work in November 2018. However, on medical advice, after being diagnosed with depression, she asked to be placed in a different work environment as an interim arrangement. Her request was not responded to and so she did not return to work. In response, SAWS made several requests for Ms Mthuli to return, and went so far as to withhold her December 2018 salary. On 6 February 2019, she received a letter from SAWS requiring her to return to work, Ms Mthuli responded by resigning and stated that she could not return due to the intolerable working relationships.

Ms Mthuli referred a constructive dismissal dispute to the CCMA alleging that the work environment was intolerable and that SAWS did not attend to her grievances. At the arbitration, SAWS did not lead evidence and argued that Ms Mthuli had failed to prove intolerability in her place of work because:

The Commissioner dismissed the constructive dismissal dispute. He questioned the actual intolerability of the employment relationship given that, from August 2017 to April 2018, Ms Mthuli had not escalated her grievance and that, by the time of her resignation in February 2019, there was an element of remoteness as time had moved on and the rumours were not necessarily being spread. The Commissioner's award did not reject the notion that the failure to prevent the spreading of false rumours could result in intolerability or that this could give rise to an allegation of a constructive dismissal. Ms Mthuli's case was dismissed on the grounds that the facts did not meet the test for intolerability.

In circumstances where the facts permit, such as in Ms Mthuli's case, it would be possible to argue that the constructive dismissal is automatically unfair because it constitutes a form of discrimination. Alternatively, the same facts may give rise to a complaint that SAWS' failure to take adequate steps to address the issue constituted unfair discrimination, in breach of s6 of the Employment Equity Act (55 of 1998) (EEA) for which an employer could be held vicariously liable. The Commissioner alluded to this possibility by stating, in an obiter remark, that he did not in any way condone any kind of rumours in the workplace, especially the nature and extent of the rumours that were spread about Ms Mthuli. However, given that Ms Mthuli had referred a constructive dismissal dispute (and not an unfair discrimination dispute) he lacked the powers to rule on the rumours in terms of the EEA.

The rumours alleging that Ms Mthuli had sexual relationships with colleagues were not sufficient for the precise dispute she had referred to the CCMA. Noticeably, despite also being in the relationship, Ms Mthuli's male partner was not subjected to the same rumours. Unfortunately, rumours about women in the workplace seem to spread more easily, particularly those that fixate on their sexual relationships or suggest that female employees have "slept their way to the top".

Whilst Ms Mthuli is by no means the first female employee in a South African workplace to be the subject of such rumours, our courts have yet to make a determination on sexist rumours in the workplace. Conversely, in 2019, the US Court of Appeals for the Fourth Circuit deliberated on sexist stereotypes that underpin workplace rumours about a woman's personal relationships.

The US Court's decision in Parker v. Reema Consulting Services Inc confirmed its willingness to hold employers liable under Title VII of the US Civil Rights Act for discrimination "based on sex" where the discrimination took the form of a false workplace rumour that a female employee had sex with her male supervisor to gain a promotion. In this case, Ms Evangeline Parker lodged a discrimination "based on sex" dispute when, after gaining six promotions in just over a year, false rumours were spread that she owed her rise up the employment ladder not to her hard work and skill, but to a sexual affair with a senior employee. The court found that the rumour about Ms Parker implied that she had "used her womanhood, rather than her merit, to obtain from a man, so seduced, a promotion". The court stated that this rumour invoked a deeply rooted perception that generally women, not men, use sex to achieve success and sell their bodies for gain. Thus, it accepted that Ms Parker plausibly alleged that she had suffered harassment as "traditional negative stereotypes regarding the relationship between the advancement of women in the workplace and their sexual behaviour stubbornly persist in our society," and "these stereotypes may cause superiors and co-workers to treat women in the workplace differently from men".

In terms of the EEA, employers have a statutory duty to take steps to promote equal opportunity in the workplace by eliminating unfair discrimination in any employment policy or practice, failing which an employer may be found to be liable in terms of s60. Section 6 prohibits unfair discrimination on the grounds of sex, gender and a range of other grounds in respect of any "employment policy or practice". Where rumours are specifically directed at a specific gender – for instance, where they are only directed at female employees or suggest that women have not relied on merit for their success – the CCMA or the Labour Court may find that such conduct amounts to unfair discrimination. They may also find that the employer is liable in terms of s60, or perhaps vicariously liable, for its failure to take steps to prevent employees from circulating false rumours.

On the other hand, the dissemination of these rumours could be seen as a form of sexual harassment and grounds for disciplinary action against employees who create or spread them. The 2005 Amended Code on the Handling of Sexual Harassment Cases in the Workplace (the Amended Code) defines sexual harassment as unwelcome physical, verbal or non-verbal conduct of a sexual nature. Examples of verbal conduct specified in the Amended Code include unwelcome innuendos, suggestions, hints, comments with sexual overtones, sex-related jokes or insults, or inappropriate enquiries about a person's sex life. The spreading of rumours that women have slept their way to the top, or which relate to their personal relationships with colleagues, fall squarely within the Amended Code's definition of sexual harassment.

It is worth mentioning that the Amended Code recognises the power imbalance in quid pro quo relationships as a form of harassment. Here, a person influences or attempts to influence an employee's employment circumstances (such as engagement, promotion, training, discipline, dismissal, salary or other benefits) by coercing or attempting to coerce an employee to surrender to the sexual advances. Quid pro quo harassment also encompasses favouritism, whereby a person in authority rewards only those who respond to their sexual advances. Allegations that an employee has relied on sexual advances to be promoted speak to a quid pro quo relationship and employers should investigate whether quid pro quo harassment has occurred.

An important dimension to this discussion is how the spreading of rumours can be a manifestation of gender based violence (GBV). There has been a greater push in recent years to acknowledge the various ways in which GBV rears its ugly head, particularly in light of the #MeToo and #NotinMyName movements and the prevalence of violence against women in South Africa. On 20 August 2020, the draft Code of Good Practice on the Prevention and Elimination of Violence and Harassment in the World of work was published for public comment. Guided by the unfair discrimination provisions in the EEA and the prohibition against unfair labour practices, its definition of GBV is wide enough to encompass the spreading of sexist rumours. Such conduct may also constitute bullying as defined in the Draft Code.

Employers can take important steps to prevent the spreading of rumours by: