A COLLISION COURSE OR A PARALLEL SPHERE: DISSECTION THE INTERSECTION BETWEEN LABOUR, COMPETITION AND BUSINESS RESCUE November 2020

In a well-considered piece, Professor Stefan van Eck analyses existing labour laws under the topic: "Constitutionalisation of South African Labour Law: An Experiment in the Making". Professor van Eck notes,"although this state of affairs [the rights of employees] may not necessarily be evident in practice, workers' human rights were for the first time entrenched in the South African Constitution 16 [at the time] years ago: a new set of labour laws that give effect to International Labour Organisation (ILO) principles were enacted between 1996 and 1998 and local labour law reforms during 2002 witnessed further strengthening of worker's rights in the statute books. In theory also, workers' rights have been promoted on a regional level in the Southern African Development Community's (SADC)...". 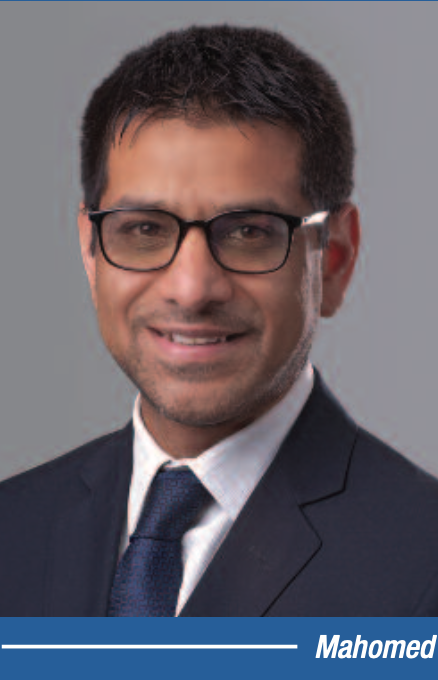 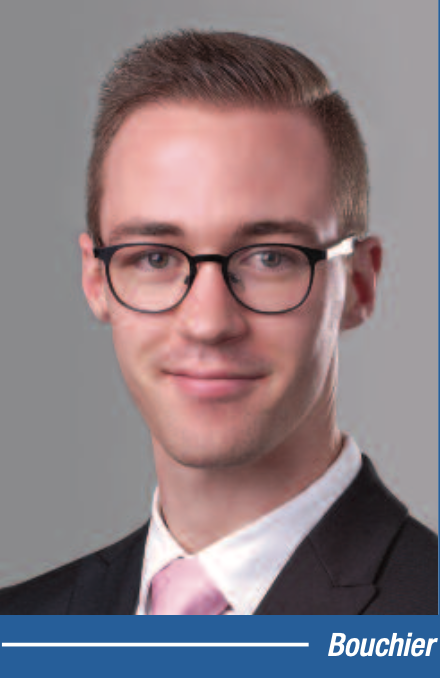 In this article, we consider whether this experiment, which is almost unique to South Africa, fairs well for business in light of the continued intersectionality between labour, competition and business rescue laws that we have witnessed over the past number of years, and which was accelerated in 2020. We do not look in any detail how the Companies Act (outside its bankruptcy protection provisions) imprints on this topic, but conclude with a thought on the subject.

Interestingly, with the dawn of the democratic era, there was an early need for legislative reform in the areas of labour and competition law. The competition legislation was reformed in order to strengthen the country's developing economy and to assist with wealth distribution, whilst also looking to reduce unemployment. Historically, when the two areas of law encountered each other, which was rare, it reflected an antagonistic relationship as the courts struggled to conceptualise the intersection. It took the arrival of US retailer Walmart on South African shores, almost a decade ago, looking to buy a controlling stake in Massmart, to throw labour and competition laws into a lethal cocktail mix under the 'public interest' provisions of the Competition Act (eventually resolved by the Competition Tribunal). Why? In a nutshell, it is because of the introduction of the concept of 'public interest' and merger control in merger reviews. Public interest provisions were included in the law as a means of responding to various objectives other than the economic objective of consumer welfare. 'Public interest' is an elastic concept and, for this purpose, we discuss protecting employment. Section 2 of the Competition Act lists the main purposes of the Competition Act, one of them being to promote employment. Section 12A(3)(b) provides that the competition authorities must evaluate the effects that a proposed merger will have on employment. But, should this really be the purview of the competition authorities? We know this was indeed the intention. In doing so, does it run into a collision course with specialist employment tribunals which also look at protecting employee rights in case of unlawful and unfair conduct by the employer?

This cocktail was neutralised in 2010 by the Competition Tribunal in Metropolitan Holdings Ltd/Momentum Group Ltd [2010] ZACT 87, where it was made clear that the competition authorities will not interfere with issues affecting wages, collective bargaining and working conditions. Specifically: "[a] labour tribunal views retrenchments from the point of view of the operational requirements of a firm and fairness of the process in relation to a particular employee. It does not ask the prior question, should the merger have been permitted in the first place, which gave rise to the subsequent operational circumstances. The Tribunal does ask the prior question, but then does not deal with the subsequent issue of operational requirements or whether a particular individual has been treated fairly in the retrenchment process. Understood in this way, we are not duplicating the role of another regulator."

This determination, however, is artificial; and the decade long saga between Walmart and SACCAWU is a case in point. It took fancy footwork for the Competition Appeal Court (CAC), in 2020, to block SACCAWU seeking more extensive relief following the approved merger almost a decade earlier. The facts are well known and have been in the public domain for a number of years now.

Around 2009/10, prior to the merger, Massmart retrenched 503 employees from various stores around the country, citing operational reasons. In late 2010, Massmart then announced that Walmart intended to acquire a controlling interest. SACCAWU took the view that, given the timing of the retrenchment, together with the process of merger negotiations, the retrenchments were merger-related. The Tribunal concluded that there was insufficient evidence before it to support such a conclusion. By mid-2011, it approved the merger – subject to a number of conditions. SACCAWU appealed to the CAC, which upheld the merger but added a condition that: "The merged entity is required to reinstate the 503 employees who were retrenched in 2009 and June 2010 and must take account of these employees' years of service in the Massmart Group." However, and even though the 503 employees had been reinstated, SACCAWU still had one more bone to pick: properly interpreted, was the CAC's reinstatement order retrospective in effect? This was the issue before the CAC in SACCAWU v Massmart Holdings Limited and Another (111/CAC/Jun11) [2020] ZACAC 2, and is a classic labour law conundrum.

The CAC held that if the order of "reinstatement" was intended to mean that the retrenchments were unlawful or unfair, there would have been no break in service and no need for the second condition. It came to this conclusion upon a reliance on the Constitutional Court judgment in Equity Aviation Services (Pty) Ltd v CCMA & Others 2009 (1) SA 390 (CC), where the Court held that the ordinary meaning of reinstatement is simply that the reinstated employee resumes her service from the date of the order on the same contractual terms that applied when her services were terminated, and that the extent of retrospectivity is dependent upon the exercise of a discretion by the court or arbitrator. It was held in Equity Aviation that retrospectivity of reinstatement was a "separate discretion that must be exercised by the arbitrator or the judge when deciding to award reinstatement".

SACCAWU contended that it was implicit in the order that the reinstatement must be retrospective, and sought to have this part of the order interpreted as requiring back pay to the date of retrenchments. The CAC rejected the argument, stating that "[t]his enquiry was undertaken in the context of determining whether the retrenchment was sufficiently related to the merger to warrant, as a matter of public interest, the imposition of an employment-related condition for merger approval. This court was not sitting as a court applying the LRA with a view to determining whether some remedy under [the LRA] should be granted." So, the net effect is that we have different fora considering different legal issues in respect of the same set of circumstances and for different purposes.


What often occurs in practice is that competition authorities impose conditions such as the company not being able to retrench a defined number of employees for a period of time. This gives rise to interesting questions in employment law as the managerial prerogative is constrained by the condition imposed in granting merger approval. This having been said, changed circumstances do allow one to seek a relaxation of the merger conditions and we have had successful experiences with the authorities in this respect. However, it does make the engagement with unions all the more complex. (Usually between one and three years, but some moratoriums have been for longer periods, or have even been imposed indefinitely.)


Whether this policy approach advances the interests of a developing economy is controversial. More often than not, the parties to a merger become frustrated by not having full autonomy when making decisions around buying another business. On the other hand, there is the protection of employment. However, there is a very fine line between protecting employment and alienating investment.


Whilst we describe the interplay between competition and labour laws as a lethal cocktail, the intersections between employment laws and business rescue laws could be described as a Molotov cocktail. This is best demonstrated by the recent judgment of NUMSA and SAA (in business rescue). The matter came before the Labour Court with NUMSA seeking an order declaring SAA's s189(3) notice, issued under the Labour Relations Act, unlawful and invalid on the basis that it contravened s136(1) of the Companies Act. The issue before the court was whether a business rescue practitioner (BRP) could commence retrenchment proceedings under s189 of the Labour Relations Act, 1995 (LRA) prior to adopting a business rescue plan. The court concluded that the BRP can only contemplate retrenchment if the need to retrench is rooted in the plan.


Faced with the same issue, the Labour Appeal Court found that the success of rescuing a company naturally included the preservation of jobs and that if there was an interpretation of s136 that better promotes the preservation of jobs, then that interpretation ought to be preferred. This is regrettably artificial. Employees are but one of the stakeholders in what is usually a complicated set of circumstances where a company is to be rescued from liquidation. If there is a moratorium on retrenchments before a business rescue plan is published and adopted, it could bleed out a company in rescue very quickly, as one of the largest areas of cash burn in business rescue is employee costs. It could be argued that labour laws are meant to remedy such a situation – but this is naïve, in light of how restrictive our labour laws actually are. SAA creates serious challenges for BRPs as they will have to continue to balance the rights of all affected persons, which includes employees, creditors and shareholders; while endeavouring to rescue a business in financial distress.


The announcement in late October 2020 about the merger approval by the Competition Tribunal for Bidco to take a stake in Comair was refreshing. Comair, which operates low-cost carrier Kulula and the domestic British Airways franchise went into business rescue on 5 May 2020. From media reports it is understood that, under the terms of the merger, Bidco will not be permitted to retrench any employees for three years from the day operations begin. However, 200 employees would face retrenchments in the months after the merger's implementation. This move by the Competition Authority is refreshing in that the employment termination restrictions are out-the-box and are practically designed for a struggling business which intends to trade out of rescue.


That leaves us with a consideration of where the Companies Act, in general, features around this subject. We believe that the next frontier is going to be union and employee activism under the Companies Act – at least in areas such as derivation action and holding delinquent directors to account.

Mahomed is a Director and Bouchier a Candidate Attorney, Employment Law practice, Cliffe Dekker Hofmeyr.
As without prejudice was being finalised, trade union Numsa's lawyers demanded that Comair withdraw its s189 notice and issue a new one based on consultations with the union by November 6.