A BRIEF SURVEY OF RECENT IMPORTANT LABOUR LAW CASES, WITHOUT THE LEGALESE! November 2020

There have been a number of highly significant cases in the field of labour law, including a decision from the Constitutional Court (CC), a Labour Appeal Court (LAC) decision and two decisions of the Labour Court (LC), all of which have been issued in the past few months. This article will provide a brief survey of these judgments, including critical comment where appropriate. 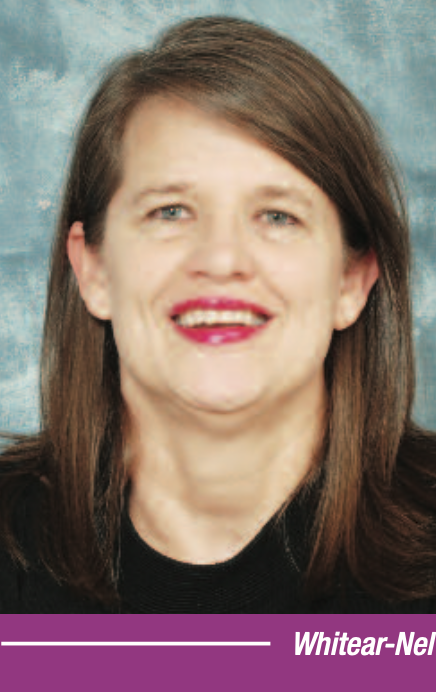 
The central issue in this case was whether a trade union could recruit members employed in an industry which fell outside the union's registered scope and as provided for in its constitution.


NUMSA had obtained 70% representivity at Lufil Packaging, and demanded organisational rights. Lufil Packaging refused, on the basis that it fell outside NUMSA's registered scope as defined in its constitution.


The matter was initially heard in the CCMA, and the case progressed, via the LC and the LAC, before it was finally heard by the CC.


Section 4 (1) (b) of the Labour Relations Act (LRA) provides that "every employee has the right to join a trade union, subject to its constitution." NUMSA argued that this provision should be interpreted in accordance with the right to freedom of association. They contended that the provision should be interpreted to mean that, provided the union and its members agreed that the union's constitution governed them, and that the employees were members of the union, it was not for a third party (such as the employer) to challenge that relationship, with reference to the union's constitution.

The CC found that a voluntary association, such as NUMSA, is bound by the provisions of its own constitution. Having chosen to limit its scope, as required in terms of s95 (5) (b) of the LRA, it could not now recruit members from outside that scope.

The CC noted, however, that NUMSA (and any other union) could amend its scope of membership, without limitation, provided it followed the prescribed amendment procedures. Therefore, once the scope had been amended to include the Paper and Packaging industry, NUMSA could lawfully recruit members within that industry and rely on them to claim organisational rights. Rumour has it that NUMSA had already started the process of amending its constitution before the CC decision even came out!


It is some cause for concern that the CC has ruled that unions may amend and expand their scope without limitation, save for following the prescribed procedures for amendment. The unintended effect of the judgment may be the emergence of a limited number of "super-unions" with tentacles extending into virtually all industries, where they would dominate without the necessary industry specific expertise. Will this promote or hinder orderly collective bargaining? The jury is out.

There has been a trend for temporary employment services (TESs) to disguise themselves as some other kind of service provider, like an independent contractor, to avoid the deeming provision of s198A (3) (b) of the Labour Relations Act (LRA). The Labour Appeal Court unmasked one such TES in this case.


Section 198A (3) (b) of the LRA provides that an employee earning below R205 433,33 per annum, who works for the client of a TES for more than three months, is deemed to be the client's employee. The employment relationship does not come about through negotiation between the parties, or the normal recruitment processes used by the client. It comes into being automatically through the operation of law.

In this case Chep was the client, and C-Force was the service provider. C-Force supplied labour to Chep. The contract between Chep and C-Force provided that C-Force was an independent contractor. The case was brought by employees who had initially been employed by C-Force to refurbish pallets for Chep. They were earning below R205 433,30 per annum and had been working at Chep for over three months. They wanted to be deemed to be employees of Chep in terms of s198A (3) (b) of the LRA.


Chep and C-Force argued that the deeming provision did not apply in this case because the relationship between them was not that of a TES but that of an independent contractor.


The LAC noted the factors relevant to identifying a TES as being the nature of the service agreement between the client and the service provider, the degree of control exercised over the service provider by the client, and the degree to which the service provider's employees are integrated into the client's workplace. In the case before it, the LAC conducted an exhaustive factual survey of the working arrangements between Chep, C-Force and the employees in question to find out what the true nature of the relationship was. The LAC did not simply accept that because the contract stated that C-Force was an independent contractor, it really was one. In the end, the LAC concluded that the true nature of the relationship between Chep and C-Force was that of TES and client. Consequently, the deeming provision came into play and the employees automatically became the employees of Chep. They were, therefore, entitled to be employed on the same terms and conditions of employment as Chep's other staff. These are the factors that were indicative of the status of C-Force as a TES: the fact that Chep supplied the materials and equipment needed to perform the work, that Chep decided on how the work must be performed in accordance with its policies and rules, that Chep exercised overall control of the employees, set production targets and provided detailed work rules, and finally that Chep had the right to suspend an employee for suspected misconduct and the right to exercise a disciplinary role over the employees. All these factors supported the LAC's decision that Chep was a TES and not an independent contractor as had been claimed.

In this case the court clarified a rule of evidence relating to the bundle of documents submitted at an arbitration, amongst other things.


The court held that the mere inclusion of documents in a discovered bundle handed in as evidence at an arbitration does not make it evidence properly before the arbitrator. As such, it cannot be taken into account by the arbitrator at all. Generally, documentary evidence must be authenticated by calling a witness to testify that the document is what it purports to be. If the author of the document is not called, the documentary evidence would also be hearsay evidence, which cannot be admitted "willy nilly" but only in terms of s3 of the Law of Evidence Amendment Act, on application.

Lagrange J held that the mere fact that there might have been relevant information in the bundle of documents does not mean that the information is evidenced properly before the arbitrator. He further held that an arbitrator is not at liberty to trawl through documents the parties hand in at arbitration to consider evidence the parties might have dealt with, but chose not to.

As can be seen from the four cases dealt with in this article, all decided in the last three months, labour law is a dynamic, fast changing and developing field. It is imperative to keep up with the case law – and to be able to distil the essential principles coming out of the sometimes lengthy court judgments.


Whitear-Nel is a Senior Lecturer at the University of KwaZulu-Natal in Pietermaritzburg and a part-time CCMA Commissioner.