DealMakers® THE BEST OF THE BEST Quarter 1 2021

DealMakers®
THE BEST OF THE BEST

It is said that adversity will bring out the best in some people and that can certainly be said of all the M&A teams who managed to pull off interesting and, for some, lucrative deals during an unanticipated pandemic that arrived with little warning and a devastating economic impact globally.

It is one thing to build a rapport when one is in physical discussions, but quite another to achieve that over Teams or Zoom. While business continued largely because we live in a digital era, people are more able to be guarded behind a lens and kilometres apart. That the teams managed to achieve the level of success they did is something to be applauded.

The legal adviser of the year by deal value was ENSafrica (R58,88bn), and by deal flow, Cliffe Dekker Hofmeyr (54 deals). In the general corporate finance section, ENSafrica came out top in both transaction value and transaction flow.

Once again in 2020 the subjective section of the DealMakers Awards recognises the impact on the market made by the DealMaker, Deal, BEE Deal, Private Equity Deal and, a new category that is undoubtedly a sign of the times – the Business Rescue Transaction of the Year. Funke Ighodaro, Bernard Swanepoel and Phuthi Mahanyele-Dabengwa made up the panel.

DealMaker of the Year Finalists:

Deal of the Year Finalists:

BEE Deal of the Year Finalists: 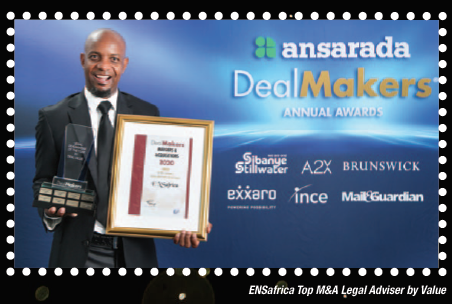 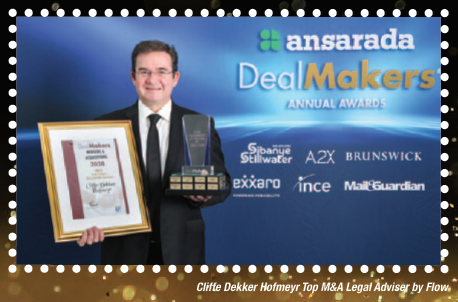 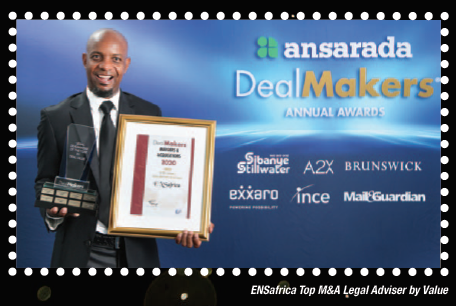 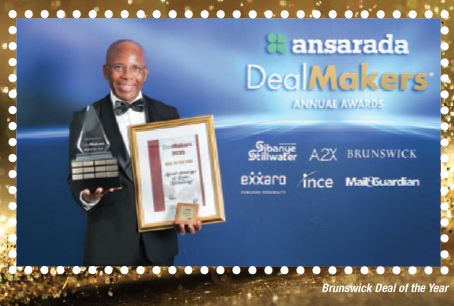 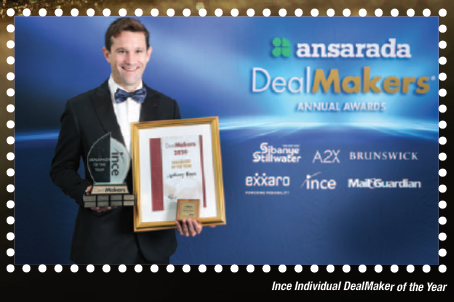 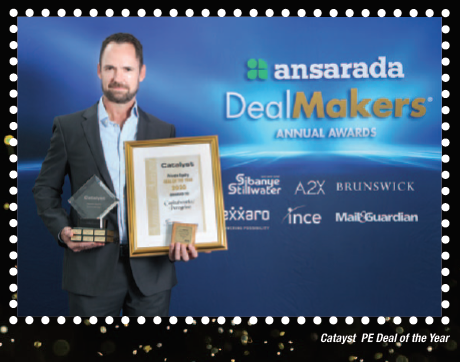 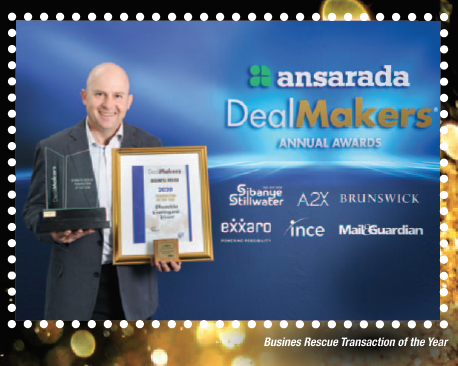 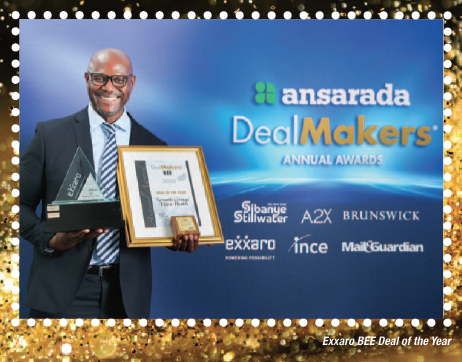 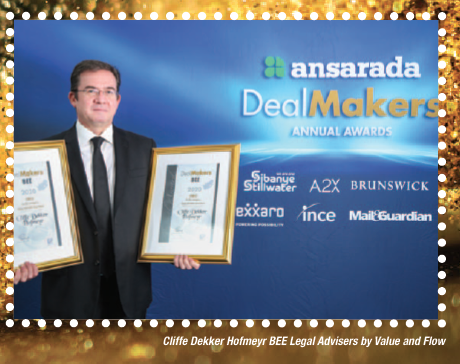 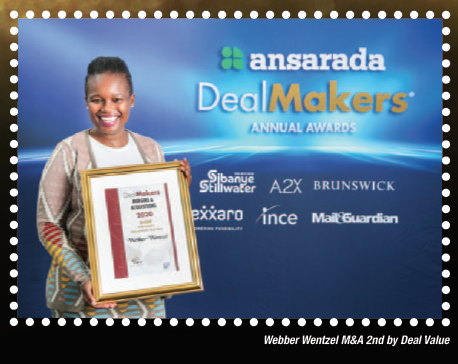 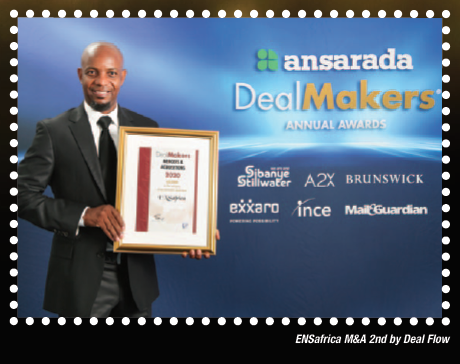 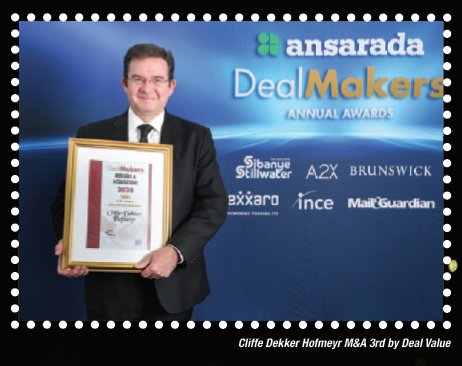 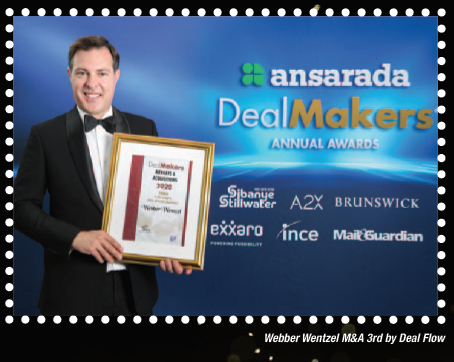 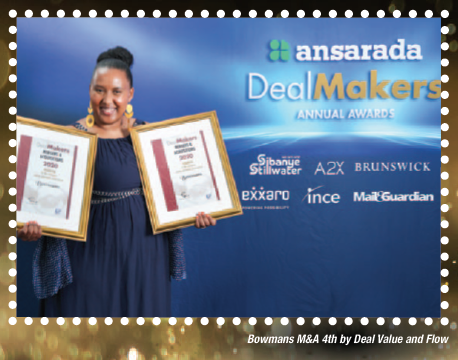 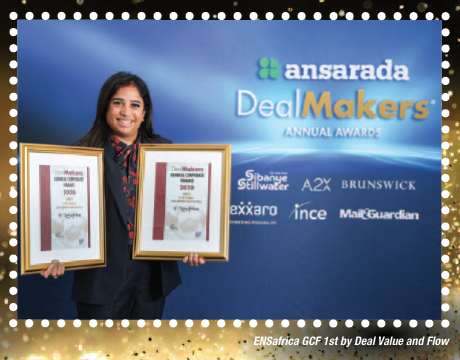 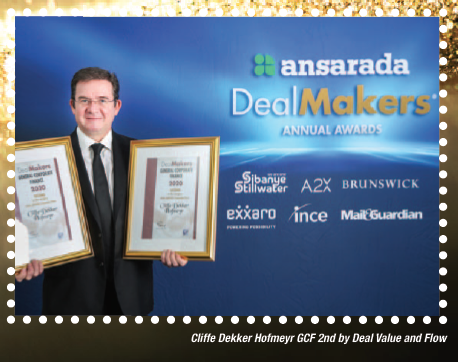 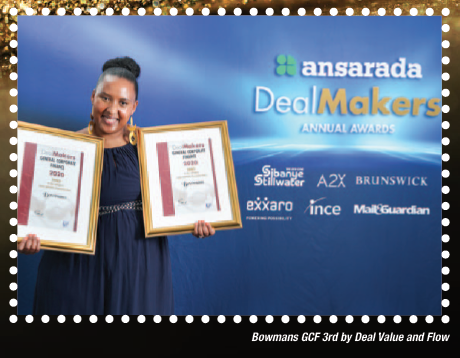