From what constitutes a parent, to soundness of mind: three fiduciary-related court case summaries by FISA Quarter 1 2021

By LOUIS VAN VUREN, Published in Law of Succession

Court case about "parent" in intestate succession. The following judgment is not yet available on SAFLII or another open source platform and, due to copyright concerns, we cannot yet supply a link to the judgment. 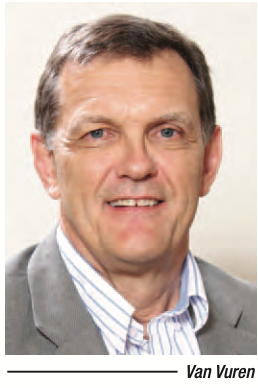 The deceased (M) was severely disabled due to complications at birth, which resulted in a lack of oxygen to the brain. A claim against the Gauteng Health department for the medical negligence which led to M's disabilities was settled out of court, in an amount of R21m. Under a court order, the amount was placed in trust for M, and the applicant was appointed as trustee. M died at the age of five. During his short life, M had little by way of parental care from his natural parents, T and N (first and second respondent). T and N were never married and T did not contribute in any way to M's care, and played no role in M's life after birth. M was mostly cared for by his maternal grandmother, E (third respondent) who, at one stage, resigned from her employment to enable her to care for him. At the time of M's death, the trust property amounted to some R15m.

The trustee brought the application for a declaratory order, mainly to determine two issues:

The court (Kollapen J) identified the interpretation of the meaning of the word "parent" as used in the Intestate Succession Act (81 of 1987) (the ISA), as crucial in order to answer the first question. The court noted that the word is not defined in the ISA and referred to Natal Joint Municipal Pension Fund v Endumeni Municipality 2012 (4) SA 593 (SCA) and quoted, amongst others, the following from paragraph 18 of that judgment:

"Whatever the nature of the document, consideration must be given to the language used in the light of the ordinary rules of grammar and syntax; the context in which the provision appears; the apparent purpose to which it is directed and the material known to those responsible for its production."

The court then looked at the meaning of parent in the CA and came to the conclusion that "parent" should be interpreted widely to include those who play the role of parent in a particular child's life. The court held that E, as the grandmother, carried the burden of care and was also declared to hold parental rights in the order of April 2018 under the CA. N, as the mother, was criticised by the court for her lack of continuous care, but was held still to be a parent, while T was held not to be a parent, based on his total absence and the fact that his parental rights had been terminated by the order of April 2018. Consequently, E and N were declared to be parents of M for purposes of the ISA and, therefore, M's sole heirs.

What strikes as odd in this judgment is that the court quotes the passage from the Endumeni case, but then ignores the context of the ISA and the structured rules around the generational approach followed in the ISA in determining the rules of intestate succession. The court, instead, jumps to a definition of "parent" in another act (the CA) with a totally different context and purpose, and applies that definition to intestate succession. Although the result may perhaps be regarded as fair and just in the circumstances, it comes at the price of legal certainty in intestate succession. The same result could probably have been achieved by a claim against the estate by E for her direct costs and loss of income in resigning her employment to care for M, and an application to court to have T declared unworthy to inherit from M based on T's total neglect of his son.

Court case on authorisation of trustee by co-trustees

NT and CT, both trustees together with others of the B-B-RED Trust, opened a bank account with the first respondent (SB) pursuant to a resolution by all the trustees to do so, and who appointed NT and CT to act on behalf of the trustees. NT and CT were accordingly recorded by SB as trustees and authorised signatories on the bank account. The trust was set up and funded by WP Ltd "…with the broad object of advancing the socio-economic development and upliftment of the Bakubung Ba Ratheo community." During July 2011, M, who was the account executive for the account at SB, received an instruction signed by NT and CT to transfer R5.5m from the trust's account to the Bakubung Economic Development Unit (BEDU). M gave effect to this instruction. During October 2011, another trustee, G, went to see M and stated that it had come to his attention that the transfer was made without a resolution or minutes authorising same. By email, later the same day, he requested that M stop all transfers from the trust "…until we notify you as trustees." M responded by email the next day and concluded with "Please urgently send us a written request signed by ALL trustees to this effect." A week later, M received another instruction from CT and NT to transfer R4m to BEDU, which was effected by M. Five weeks later, on 28 November 2011, NT and CT were removed as trustees of the trust and, on 6 December 2011, SB was notified of this fact and requested to replace them as signatories with G, K and W. In July 2014, the trustees issued summons against SB for repayment of both amounts transferred, on the basis of the following averment in their court papers: "The first defendant undertook to exercise reasonable care to ensure that it will not authorise or approve the withdrawal of funds from the bank account without the relevant resolution of the trustees which was passed or adopted by the trustees in terms of the relevant provisions of the Trust's Deed of Trust, a copy whereof was made available to the defendant when it agreed to open the bank account for the Trust."

The Gauteng High Court (Johannesburg) held that SB acted in accordance with its mandate received from the trustees, and cannot be held liable for repayment of the R9.5m. G, who testified for the plaintiffs at the trial, admitted that no liability can attach to SB for the first transfer of R5.5m.

The trustees appealed to the Supreme Court of Appeals (SCA) with leave granted by the trial court.

The SCA (Mocumie JA, with Ponnan, Mbha, Nicholls JJA and Matojane AJA concurring) dismissed the appeal with costs. The court referred to its previous judgments in Lupacchini NO and Another v Minister of Safety and Security and Land and Agricultural Bank of South Africa v Parker and Others about the nature of the trust form and the role of trustees as the only persons through which a trust can act. The court held that M was fully justified in requiring a written request signed by all trustees before he was willing to ignore instructions received from the trustees authorised to deal with the bank account.

P initiated the litigation and applied to the court for an order declaring which one of the three wills should be given effect to, as the different heirs and legatees held different views as to L's state of mind when she executed the wills. Due to the material differences, the matter was referred to trial. When the trial commenced, all parties accepted that the 2014 will could not stand as, by then, it was clear that L suffered from dementia, and was already unsound of mind at the time of its execution. The first defendant (J) was adamant that L was already unsound of mind in 2010, and held the view that the 2005 will would be the last one validly executed. The third (S) and fourth (Z) defendants held the view that L was sound of mind when she executed the 2010 will.

The court (Sutherland J) applied the provisions of s4 of the Wills Act (7 of 1953), that any person who alleges that a testator was not mentally capable of executing a will is faced with the onus of proving that. Proof of the incapability must be on a balance of probabilities. Expert witnesses give their expert opinions, but the court must evaluate their evidence, together with that of any other witnesses, to reach a factual finding. After weighing the evidence of two experts, as well as the evidence of J, Z, L's physician, a friend of L, and two domestic helpers, the court concluded that there was nothing of substance to support J's allegation that L was already unsound of mind in 2010. The court held that the 2010 will was, therefore, L's last valid will.

Van Vuren is CEO of FISA.The Fiduciary Institute of Southern Africa (FISA) has developed an extensive archive of court case summaries relating to fiduciary matters. You can visit the archive at https://www.fisa.net.za/category/court-cases.