By BRIGITTA MANGALE AND AKHONA MGWABA, Published in The Law

The scourge of gender-based violence (GBV) continues to worsen each year, and the COVID-19 pandemic and the national lockdown only exacerbated the horrors of the GBV crisis in our country. In the first three weeks of the national lockdown, the government's GBV and femicide command centre recorded over 120,000 victims. 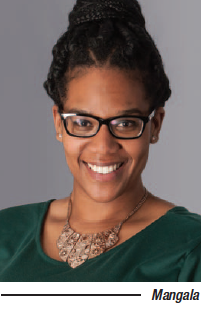 Our current legislative and policy framework contain key tools to fight GBV. However, despite these laws and policies, perpetrators continue to evade justice. The cases of Carmichele v Minister of Safety and Security (2002 (1) SACR 79 (CC)) and Khanyile v Minister of Safety and Security (2012 (2) SACR 238 (KZD)) are well-known illustrations. In Carmichele, the accused – who had a history of sexual violence offences – was released on bail by the police and the prosecution, despite the clear threat he posed to the survivor of the attack. In Khanyile, the accused was arrested and detained for breach of the protection order against him, without the complainant having provided a statement alleging the breach, as required by the Domestic Violence Act. The accused was found to have been unlawfully arrested and was freed.

In an effort to strengthen the existing legislative response to GBV, President Cyril Ramaphosa announced three bills that aim to improve the landscape of how government departments, law enforcement and the courts respond to cases of violence against women.

The Bill aims to amend the Criminal Law (Sexual Offences and Related Matters) Amendment Act (SORMA). It was introduced in parliament on 19 August 2020 and seeks to make several changes, the most notable of which are to: –

1) recognise sexual intimidation as an offence by inserting the following Part in the SORMA:

14 A. A person (''A'') who unlawfully and intentionally utters or conveys, whether directly or indirectly, a threat to a complainant (''B'') that inspires a reasonable belief of imminent harm in B that B, or a third party (''C''), shall be—

(b)compelled to rape someone else;

(d)compelled to sexually violate someone else;

(e)compelled to sexually violate himself or herself;

(f)compelled to witness a sexual offence, sexual act or an act of self-masturbation;

(g)exposed to the genital organs, anus or female breasts of another person; or

2) further regulate the inclusion and removal of particulars of persons in the National Register for Sex Offenders by expanding its scope to include the particulars of all sex offenders and not only those convicted of sexual offences against children and persons who are mentally disabled. The Bill intends to amend s42(1) of the SORMA, which currently reads:

The underlined wording will be removed to extend its scope beyond those convicted of a sexual offence against children and persons who are mentally disabled;

3) make provision for certain particulars of persons who have been convicted of sexual offences to be publicly available by further amending s42 by inserting the following subsection:

''(4) The Registrar must make the full names, surname, identity number and the sexual offence, of every person whose particulars have been included in the Register, available on the website of the Department of Justice and Constitutional Development.''

4) further regulate the reporting duty of persons who are aware of sexual offences being committed against children by substituting s54 of the SORMA with the following section:

(2) (a)A person who fails to report such knowledge, reasonable belief or suspicion as contemplated in subsection (1), is guilty of an offence and is liable on conviction to a fine or to imprisonment for a period not exceeding five years or to both a fine and such imprisonment.

(b) A person who in good faith reports such reasonable belief or suspicion shall not be liable to any civil or criminal proceedings by reason of making such report.''

Notably, the Bill also intends to amend the Criminal Procedure Act (CPA) to further regulate the granting and cancellation of bail by tightening these provisions. For example, s59 of the CPA, which provides for bail before the first appearance of the accused in the lower courts, will be amended by the substitution in subsection (1) for paragraph (a) of the following paragraph:

''(a) An accused who is in custody in respect of any offence, other than an offence –

(i)referred to in Part II or Part III of Schedule 2;

(iii) referred to in—

(cc) any law that criminalises a contravention of any prohibition, condition, obligation or order, which was issued by a court to protect the person against whom the offence in question was allegedly committed, from the accused, may, before his or her first appearance in a lower court, be released on bail in respect of such offence by any police official of or above the rank of non-commissioned officer, in consultation with the police official charged with the investigation, if the accused deposits at the police station the sum of money determined by such police official.''

The underlined provisions have been added to ensure that perpetrators of GBV are not released on bail before their first appearance in the lower courts.

The Bill seeks to further amend the CPA to regulate the giving of evidence by means of closed-circuit television or similar electronic media and the right of a complainant in a domestic related offence to participate in bail and parole proceedings. This gives survivors or the relatives of a deceased victim the opportunity to be heard before the court or the parole board, prior to any decision being made.

This Bill was introduced in parliament on 7 September 2020 and seeks to make five overarching changes, one of which includes the expansion of the definition of domestic violence to include –

The definitions of these newly recognised forms of domestic violence are also provided for in the Bill. This expansion widens the scope of application of the Domestic Violence Act.

The Bill also provides for the online submission of protection orders and the addition of the protection order to a central depository that houses other orders and cases against the same person to prevent perpetrators from hiding their past histories of domestic violence. Section 4 of the Domestic Violence Act will be amended to include the following subsections:

"(1A) The prescribed application may be submitted to the clerk of the court remotely by way of a secure online submission or in person.

(1B) The clerk of the court must upload all electronic and hard copies of the applications onto the integrated electronic repository established in terms of section 6A of this Act.''

Section 6A will be inserted to establish the integrated electronic repository for domestic violence protection orders and related matters:

"6A. (1)An integrated electronic repository for domestic violence protection orders referred to in sections 5 and 6 must in accordance with this Act, be established and maintained by the Minister.

(2) The Minister must designate a fit and proper person, with due regard to his or her experience, conscientiousness and integrity, to administer the integrated electronic repository.

(3) Access to the integrated electronic repository may, in the prescribed manner, be granted to officials in the criminal justice system for the purposes of complying with any obligation under this Act.''

Our government's response to GBV has resulted in significant developments in our criminal law. One well-known development came about following the case of Levenstein and Others v Estate Late Sidney Lewis Frankel and Others 2018 (2) SACR 283 (CC) in which s18 of the Criminal Procedure Act was declared irrational, arbitrary and unconstitutional insofar as it did not afford the survivors of sexual assault, other than rape or compelled rape, the right to pursue a charge after a lapse of 20 years. This was a welcomed development in our law, recognising the unique psychological harm suffered by survivors of sexual assault and empowering them to take legal action after grappling with the psychological harm and trauma that comes with the sexual violence.

The government's aim to legislatively respond to GBV has played itself out most significantly in our criminal law. Developments in our civil law have not been as rigorously pursued. The civil law around damages rooted in sexual assault was last significantly developed in the 2005 SCA case of Van Zijl v Hoogenhout 2005 (2) SA 93 (SCA). The most recent significant development took the form of the passing of the Prescription in Civil and Criminal Matters (Sexual Offences) Amendment Bill. On 23 December 2020, the President assented to this bill which amends the Prescription Act to, inter alia, extend the list of sexual offences for which the commencement of the prescription period is delayed under certain circumstances. This meaningfully continues the journey of developing our civil law. However, further developments remain necessary if our legislative framework is to adequately protect and empower victims of sexual offences.

In line with our core focus on women's rights, our practice is currently pursuing what we believe to be the meaningful and significant development of our civil law in relation to sexual offences, and we will continue to meaningfully engage in further areas in need of development. Our practice will also keep a close eye on the progression of these three bills, as well as further significant developments in both the criminal law and the civil law space as they pertain to GBV and sexual offences.

Mangale is a Senior Associate in the Pro Bono & Human Rights practice and Mgwaba is a Candidate Attorney, Cliffe Dekker Hofmeyr.