The third-wave of COVID-19 has made one very aware of the enormity of the challenges faced by individuals and governments globally. Thereare so many people who have contracted the virus and without prejudice is saddened by the many people in the field of law who have lost their lives. Their deaths have left South Africa, their colleagues, friends and most importantly their families the poorer. Our sincere sympathy to all those who have suffered since March 2020. 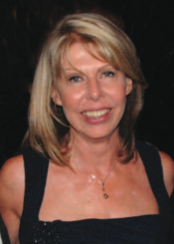 This quarter, the spotlight falls on the environment. News from around the world this quarter has shown how dire the situation is – as at 11 August, there were 229 confirmed deaths during the floods in Europe, and wildfires in western USA have damaged more than twice as many acres of land compared with the five-year average.

These events have echoed the findings of the UN's Intergovernmental Panel on Climate Change (IPCC), a group of scientists whose research is endorsed by the world's governments. This is the first major report on climate change since 2013. The UN Secretary General António Guterres said: "If we combine forces now, we can avert climate catastrophe. But, as today's report makes clear, there is no time for delay and no room for excuses."

I leave the articles published in our Employment Law feature to highlight the many challenges faced. Legislation in this sector in South Africa has been criticised for as long as I can remember. Undoubtedly originally written in an attempt to make for a more equal society, the laws have failed the people dismally in far too many areas and for far too long. The events since March 2020 could not have highlighted this any more clearly.

Many South Africans have a sense that justice is denied in our country and Bouwer van Niekerk writes on why the JSC is failing us. The Judicial Conduct Tribunal for the Western Cape was unanimous in finding Judge President John Hlophe* guilty of gross misconduct, but the JSC is still to decide whether to endorse the findings... In the meantime we should probably not be surprised that he saw fit to be part of a panel to decide the selection of judges for his division. And just a month after the Tribunal's decision he was also nominated as an honorary professor...

without prejudice is largely a corporate law publication. However, it would be naïve to believe that business operates in isolation of political decisions. Both local and foreign decisions to invest in South Africa are influenced by the apparent inability of government to stamp out corruption, and by concerns that should erstwhile President Zuma be found guilty of the charges levelled against him, the country will become ungovernable. And it is certain that in the event that we see Zuma having his day in court, rather than on the golf course, there are supporters in positions of power who are eager to destabilise the country. The 'Zuma matter' is undoubtedly an emotional one, as was seen from recent events.

Several articles were submitted to without prejudice on recent decisions by the Constitutional Court on the Zuma matter. Not publishing anything on an issue that impacts the economy and the people would be to have an 'elephant in the room'. The arguments put forward by the writers are worth reading and, in my view, the magazine is the richer for carrying them. The views expressed are those of the writers and the without prejudice team, sponsors and readers are free to agree or disagree.

Everyone should read the articles with an open mind.

* The JSC has found Judge Hlophe guilty of 'gross misconduct'. It is now up to the National Assemby to impeach him.