By NEIL BAYETT, Published in Arbitration

Commercial disputes, regardless of their nature, can disrupt a company's productive operations and divert time and resources away from the business. The introduction of legal, linguistic, cultural, and other differences makes international commercial disputes even more challenging. Dispute resolution is, as a result, an important component of risk management in international trade. 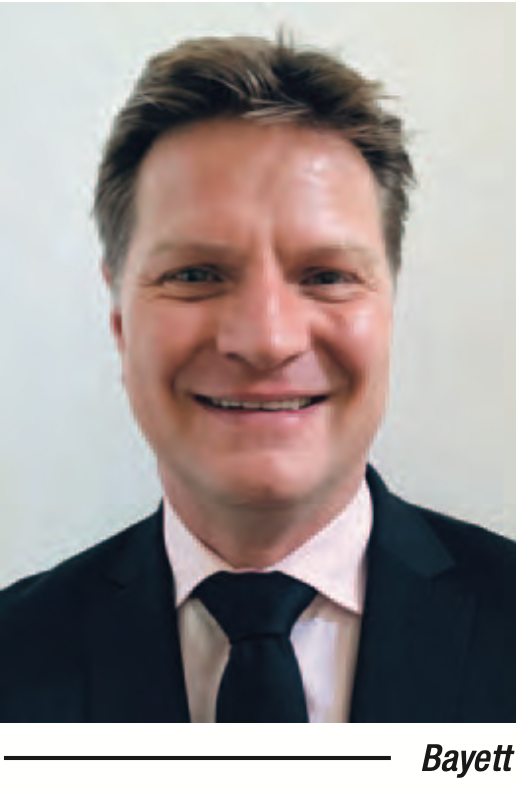 International arbitration is a mechanism for resolving disputes that enables parties to avoid litigation in national courts. Small and medium enterprises (SMEs) are often unfamiliar with it; and they are understandably concerned about getting involved in an unknown procedure where the stakes are so high. However, the benefits of international arbitration to SMEs can be significant.

This article offers a broad introduction to international commercial arbitration, as well as five of its most significant benefits.

When relying on national courts to resolve an international dispute, one party inevitably suffers the disadvantage of having to litigate in a foreign country. A party required to navigate an unfamiliar legal system, and bear the additional costs of doing so, may have genuine concerns about the likelihood of a fair and impartial outcome. A business might be dissuaded from trading with a country altogether if the legal system is perceived to be protectionist or too unfamiliar.

Different national courts have widely varying levels of efficiency. Resolving a dispute can take months in some countries, but years in others. Costs also fluctuate dramatically. Litigation in some local courts may be so drawn out and expensive that enforcing contracts there becomes futile from a commercial or practical standpoint. Where one party does manage to secure a judgment, there is a further risk that the foreign court judgment may not be enforced in the necessary jurisdiction without substantial additional legal costs, if at all.

These risks are amplified for SMEs because they frequently have stricter budgets and are more vulnerable to delays. They may face bankruptcy if claims in litigation are not resolved quickly enough. International arbitration can help SMEs to reduce these risks by delivering faster, less expensive, and more predictable results to disputes.

Arbitration is a private process where disputing parties agree to let an arbitrator deliver a decision in their dispute. The number of arbitrators can vary, but is typically either one or three. If more than one arbitrator is appointed, it is referred to as a tribunal. The parties agree to be bound by the arbitrator's decision, without recourse to national courts and with limited option for appeal. The arbitrator receives evidence, hears arguments and applies relevant law to reach a decision (an award).

The arbitration process is based on agreement between consenting parties. Party autonomy, driven by the principle of freedom of contract, is a key doctrine of international arbitration. Parties therefore have broad freedom to choose how and where their dispute will be decided, provided that they comply with the laws at the place of arbitration and those governing the arbitration agreement.

Once the parties have a valid agreement to arbitrate, that agreement is enforceable. If a dispute arises, courts will refer matters to arbitration (Article II.3, United Nations Convention on the Recognition and Enforcement of Foreign Arbitral Awards (New York, 1958) and neither party can unilaterally block the arbitration. The arbitrated outcome is final, binding and, unlike mediation, not dependant on party agreement.

The most significant benefit of international arbitration is the ability to have both an arbitration agreement and an award recognised and enforced in a foreign country. Obtaining national court enforcement of a foreign arbitral award can often be simpler, more efficient and more effective than attempting to have a foreign court judgment recognised and enforced. The award will, with limited procedural exceptions, be enforceable by a national court without requiring that it rehear the dispute.

From an SME perspective, the consistency achieved provides greater predictability around the process and procedure for initiating and resolving international arbitrations. It also reduces the time and direct costs that would normally be incurred in developing familiarity with different legal systems.

Parties are free to agree on how and where their matter will be arbitrated (Article II, United Nations Convention on the Recognition and Enforcement of Foreign Arbitral Awards (New York, 1958)), and can choose a neutral venue as the place of arbitration. The choice of place (the "seat") might be driven by convenience, accessibility, price or other considerations relevant to the parties and their transaction. The seat determines the procedural law that applies. For example, by selecting Geneva as the seat, the parties would invoke the application of Switzerland's arbitration legislation.

Party autonomy extends beyond the ability to select a neutral place of arbitration; it includes the ability to choose the substantive law that will apply to the contract. This discretion is quite broad and, in some jurisdictions, can even include the application of rules other than the national law of a country. For example, parties can choose general principles and rules of equity and fairness, rather than state-based black-letter-law.

Party autonomy enables parties to decide on both the procedural and substantive law that best addresses their requirements without favouring any specific party.

Ad hoc offers greater flexibility and can be less expensive than institutional. However, where parties have less experience with arbitration or the amounts in dispute are lower, the structure and experience of an institution can provide significant advantages and may result in lower costs overall. To this end, many institutions offer expediated options aimed at further reducing the cost and duration of an arbitration.

Discovery is another area where arbitration provides the opportunity for greater confidentiality. Parties can agree to limit discovery or even exclude it altogether. This approach has benefits not only in preserving confidentiality, but also in expediting and reducing the cost of arbitration.

An international arbitration agreement changes the fundamental rights of the parties. For parties based in New York Convention signatory countries, it removes their right to legal recourse in the national courts and, instead, compels them to submit to arbitration for final resolution of their dispute. The arbitrator's decision is final. A right to appeal is available to avoid abuse of process, but is generally restricted to matters of procedural fairness.

Party autonomy requires consensual agreement. The arbitration agreement should be clear, in writing, and, at a minimum, address the language, seat, governing law and number of arbitrators for the arbitration. Most arbitration institutions have 'model clauses' that can be inserted into contracts, however, beware of burying these in the Standard Terms and Conditions. If an arbitration clause is not brought to the other party's attention, the arbitration agreement could be deemed invalid due to lack of consent.

Arbitration clauses are problematic in consumer contracts, due to the parties' unequal bargaining power. Different countries address them differently, but arbitration clauses involving consumers are often considered to be unfair and, thus, invalid.

Where there is no arbitration agreement, or the agreement is invalid, parties will need to revert to national courts to resolve their dispute.

Arbitration is not the only alternative to litigation. If the relationship between the parties is amicable, alternative dispute resolution mechanisms, such as negotiation or mediation, may be worth considering. International arbitration does, however, offer significant benefits to businesses engaged in international transactions, enabling them to resolve disputes quicker, at lower cost and with greater enforceability than can normally be achieved through national courts.

For many SMEs, these benefits can represent the difference between the continued success of the business and its closure. Disputes drain resources. The uncertainty and disruption that they cause can lead to the business missing crucial opportunities. In the current business environment, the ability to enforce agreements and resolve disputes quickly and affordably is not just a benefit, it could be essential to the business' survival.

Bayett is a Director of Via Maris (Australia).