Just because you did it, does not mean you’re guilty! Quarter 4 2021

Just because you did it, does not mean you're guilty! This pearl of wisdom proudly featured on the billboard advertising the services of an attorney in the United States of America. Leaving room for a charitable interpretation of the message, it acts as a nice link into a recent decision of the Constitutional Court in South Africa. The apex court had to consider whether an employee ought to be reinstated after the employment tribunal awarded the employee's reinstatement to remedy his unfair dismissal. The tribunal concluded that his dismissal was unfair as they concluded that he did not commit the misconduct which resulted in his dismissal. Thus, the Constitutional Court effectively had to consider "if you did not do it, could you still be guilty?" or perhaps more accurately "if you did not do it, does it mean that you should not be punished?" 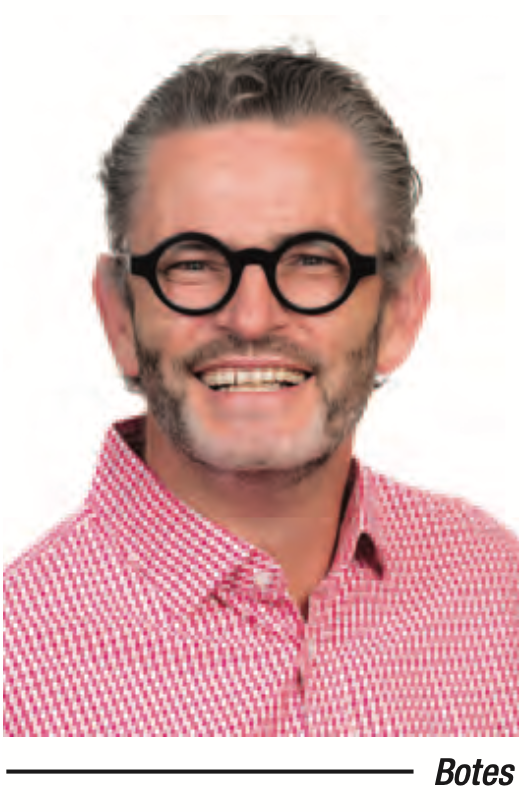 The basis of a dismissal for misconduct is that the employee committed a workplace wrong, with the relationship between employer and employee having broken down irretrievably as a result. This is hardly controversial – if an employer concludes that its accountant has been syphoning off company funds into his Bahamas retirement fund, who can blame the employer for not being willing to place any further trust into this employee? It would appear unreasonable to conclude that the accountant would serve the business faithfully in future, and to thus require the employer to retain this person in service. Similarly, where an employee has committed sexual harassment, surely the employer can no longer trust that this employee will not pose harm to other staff, customers, or service providers? In these instances, it seems axiomatic that dismissal is the logical effect of the misconduct.

Inherent in our social compact and workplace justice principles are the legislative checks and balances placed on employer actions. Whilst our law recognises the employer's right to manage its business, it seeks to address the inherent imbalance between employees and employers by affording the employee relief where the employer overreached its people management rights. The employment tribunal offers a free service to terminated employees to challenge the fairness of their dismissal. If the tribunal concludes that the employee had been wronged, it may award them various remedies. Where the employer was unable to prove that the employee committed misconduct, clearly the sanction the employer imposed for the misconduct committed should fall away.

For example, if I dismiss you for stealing from me, but am then unable to convince an arbitrator that you did indeed steal from me, logic dictates that the consequences that followed (your dismissal) are tainted. Even pre-schoolers understand that it is unfair to punish people for doing something wrong when, in fact, they did not do it. If you wrongly accused your playground friend of stealing your favourite toy when, in fact, they did not, then you apologise, give them a hug, and ask whether they will still be your friend. You don't continue to shun them even after your mom confirms that you left your toy at home. If you do, you are likely to end up eating lunch by yourself, with no-one willing to play with you.

The drafters of our labour legislation purposely created reinstatement as the default remedy for those dismissals where the employer's substantive reasoning for termination could not be sustained at the tribunal. The explanatory memorandum to the draft Labour Relations Bill, as quoted by the Constitutional Court in Booi v Amathole District Municipality and Others [2021] ZACC 36, clarifies that reinstatement must be the primary remedy in light of the prohibition of strikes in support of dismissal disputes. Reinstatement affords credibility to the system of compulsory arbitration, which was intended to be ".. simple, quick, cheap and non-legalistic…". In short, for the dispute resolution system to be credible and accepted by its users, it had to follow the basic playground justice principle of forcing you to say sorry and invite your friend back where you wrongly accused them.

But whilst workplaces may resemble nursery schools at stages, the imbalance of power is more acute, the impact of bad decisions more dramatic and the need to balance conflicting rights and interests more compelling. The legislature recognised that there would be occasions where it may not be that simple to kiss and make up when the teacher tells you to. What happens if your friend actually hits you after you wrongly accused her of taking your toy? Would you still be required to be the one to say sorry first?

Section 193(2)(b) affords employers a defence against reinstatement, even if the employer was wrong in dismissing the employee, where "the circumstances surrounding the dismissal are such that a continued employment relationship has become intolerable." This recognises the multiplicity of factors that underpin relationships, and the importance of sound relationships between employer and employee in the workplace. The Constitutional Court confirmed in Booi that the threshold to establish such intolerability (of the continued relationship) is rightly very high. As it stated in paragraph 42 of the judgment, "[i]t should take more to meet the high threshold of intolerability than for the employer to simply reproduce, verbatim, the same evidence which has been rejected as insufficient to justify dismissal."

The Court affirmed the arbitrator's conclusion that the employer's witness' testimony on the intolerability of an ongoing relationship was dependent on a finding that the employee committed the misconduct. Acting Deputy Judge President Khampepe, writing for the unanimous bench, confirmed that the enquiry into the breakdown of the employment relationship is an objective one, not based on the subjective or potentially irrational views of the employer. The manager's views about the ongoing employment relationship were insufficient to meet the high threshold set for a finding of intolerability. The court ordered the employee's reinstatement.

Where does the judgment leave employers desperate to avoid accommodating back into the workplace an employee it unceremoniously dismissed for misconduct? Clearly, first prize is to be able to prove the employee's wrongdoing on a balance of probabilities (and, by extension, proving that dismissal was indeed the appropriate sanction). Anticipating that an arbitrator may conclude differently, a prudent employer will also ensure that it places objective evidence before the tribunal to show why the circumstances surrounding the dismissal have made continued employment intolerable. This evidence must go further than a manager's subjective views of being able to work with the employee in future – there must be a factual basis for trust breaking down in the event that the employee's misconduct is not proven.

Showing that the circumstances surrounding the dismissal were such that a continued employment relationship would be intolerable does not necessarily limit the employer to circumstances applicable at the time of dismissal only. The problematic circumstances could relate to the employee's conduct after the dismissal. If the employee were to assault the manager at the tribunal, for instance, it would be palpably unreasonable to expect the employer to take the employee back in service, even where the tribunal exonerates the employee from the original misconduct (that resulted in his dismissal). In Afgen (Pty) Ltd v Ziqubu [2019] 10 BLLR 977 (LAC), the LAC confirmed that the employee's conduct prior to and post dismissal may be considered. Further, in Buthelezi v Amalgamated Beverage Industries [1999] 9 BLLR 907 (LC), the labour court cautioned employees about ventilating their grievances in the press.

"While employees have a right to express their grievances freely against their employers in the press, they do so at the risk of forfeiting their right to reinstatement or re-employment because high profile mud-slinging – particularly where an employer's business depends on a positive public image – makes a continued employment relationship intolerable".

Also, evidence of further misconduct that only surfaced after the dismissal may not assist the employer in proving that it had valid reason for dismissing the employee at the time, but it could convince a commissioner that the employee should not be entitled to any or significant relief, including reinstatement.

The Constitutional Court was at pains to signal to employers that they cannot dismiss employees without reason, and then merely to seek to avoid reinstatement by "… the backdoor of disingenuous and last-minute allegations pertaining to an intolerability of a continued employment relationship."

Where sound reasons exist to terminate an employee's service, but the employer is then unsuccessful in proving this at the tribunal (often for technical reasons), employers may show that the employee should receive alternative relief and not reinstatement as the primary remedy. Whilst workplaces are more complex than playgrounds, basic justice dictates that the schoolyard bully should not be allowed to run amok merely because noone is able to obtain CCTV footage of him hurting others. Where an employee is given the benefit of the doubt because the employer was unable to shift the onus, fairness dictates that the commissioner considers the impact of reinstatement on the workplace, other employees and the employer. In appropriate circumstances, the employee could be awarded compensation as more equitable relief. Workplace justice demands that we consider the entire ecosystem when remedying wrongs. Should we not do that, our employee relations system may be reduced to "Just because you did it, does not mean you are guilty".

Botes is Partner and Head of the Employment & Compensation Practice at Baker McKenzie (South Africa).