By HENRY VORSTER, Published in Spotlight On Tax Law

It is a question that has vexed us for decades. The more general question pertains to whether VAT ought to be levied on costs that are recovered from third parties; and the lawyer's general answer to that question is, "it depends". 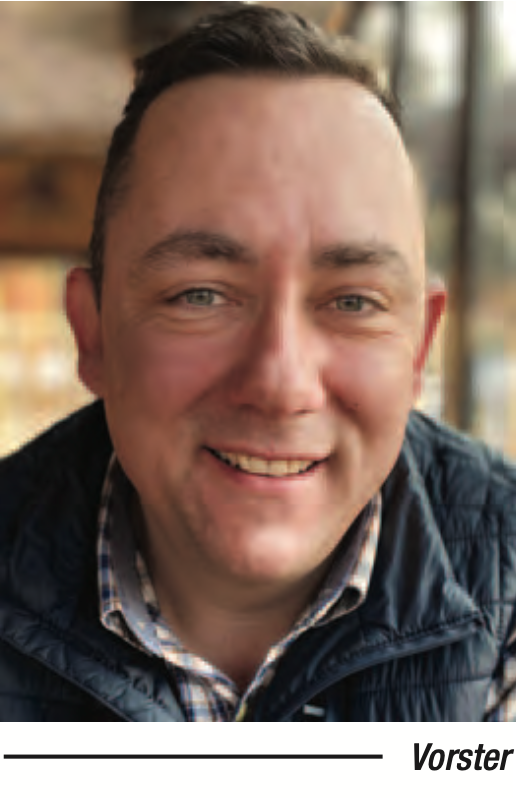 Opinion is divided. This is surprising, considering the clarity of the judgment in Commissioner, SARS v British Airways Plc 2005 (4) SA 231 SCA, a judgment from which a helpful general principle can be extracted but which, for some reason, has received little attention.

British Airways renders international air carrier services which are zero-rated in terms of s11(2) of the VAT Act. The fare that British Airways charged was an aggregate of various items separately reflected on the passenger ticket. The bulk of the fare comprised an amount designed to recover operating costs and a profit. The remainder of the fare comprised smaller items, one of which was a cost which British Airways had to incur in relation to general airport services, baggage handling facilities, waiting lounges, check-in counters and the like. These various airport charges were levied (inclusive of VAT) on British Airways by Airports Company South Africa Limited, the company that operates airports in South Africa. These charges are referred to as "passenger service charges" and they are directly related to the number of passengers on a flight. Accordingly, British Airways reflected these charges as a separate item on the passenger ticket and did not levy an additional 14% (the VAT rate applicable at the time; now 15%) on them.

The appeal concerned itself with whether British Airways ought to have charged VAT on that element of the passenger ticket which comprised the "passenger service charges". The Commissioner conceded that the supply by British Airways of an international air-carrier service is zero-rated, but contended that the supply of airport services is not. The Commissioner's argument was that, in terms of s8(15) of the VAT Act, the various separate supplies identifiable in a "single supply" couldbe treated differently for VAT purposes, and since one element of the composite supply was airport services as opposed to air-carrier services, that element was not zero-rated and ought to have attracted VAT. British Airways, on the other hand, contended that the passenger service charge forms part of the composite fare for their supply of international carriage, the whole of which is zero-rated.

The court did not favour either argument, but instead identified as the single most important question: who makes the supply? In this case, the supply was being rendered by Airports Company South Africa Limited, not by British Airways. At [13] of the judgment, the court said:

"… Section 8(15) does not purport to levy tax upon a vendor for a service that it does not supply. The tax is levied by section 7 upon the supply by a vendor, and not merely upon the receipt by the vendor of moneys that arise in some way from the supply of a service by another."

"[14] It is true that British Airways passengers receive airport services before they board its aircraft and after they disembark, as submitted by the Commissioner's counsel, and that part of the fare that passengers pay arises from the provision of those services, but it does not follow that the services are supplied by British Airways. On the contrary, it is clear that the services to which the charge relates are supplied by the company [Airports Company Limited]. The charge that the company makes to British Airways is no more than a cost that British Airways has to bear in order to operate its carrier service, similar to those that it pays to land and park its aircraft, which it recovers from its passengers directly rather than indirectly.

[15] It was also submitted by the Commissioner's counsel that although the company supplies the airport services for which the passenger service charge is made, it supplies those services to British Airways, which in turn supplies them to its passengers, whereupon the supply of the services by British Airways attracts the tax. I do not think the evidence provides any support for that submission. The services that passengers enjoy are supplied by the company [Airports Company Limited] and the tax accrues in terms of section 7 (and is payable by the vendor of the service) when that supply occurs. A further tax does not accrue when the vendor of another service (British Airways) does no more than bring to account and recover the charge that it was required to pay for the supply of that service by the company (whether it is supplied to the passengers themselves, or to the airline for the benefit of its passengers). The monies that are recovered by British Airways are not a consideration for the supply by it of airport services simply because it does not supply them at all."

The guiding principle which can be extracted from this judgment is that on-charging the cost of a supply to a third party does not attract VAT if it is not a supply actually rendered by the vendor.

Applying this principle to the question of the recovery of municipal rates from tenants (as an example of the typical costs which a landlord might recover from a tenant), the one conspicuous fact is that the landlord does not render the service to which rates and taxes attach; it is the municipality which does so. Based on British Airways, that fact alone would place the on-charging of the cost from the landlord to the tenant outside the scope of s7 of the VAT Act; in other words: it would not attract VAT.

A nuance when dealing with municipal rates is that municipalities are also vendors and charge VAT on their supplies. Section 11(2)(w) of the VAT Act provides that VAT is charged at a zero rate on rates. This is a red herring and does not alter the principle extracted from the British Airways case, since the VAT treatment of the initial supply does not determine the VAT treatment of on-charging the cost to the tenant. British Airways in fact paid VAT on the supply by Airports Company Ltd, but the on-charging of the cost to passengers did not attract VAT.

The owner of a property cannot divest themselves of the liability to pay municipal rates. In terms of s24(1) of the Local Government Municipal Property Rates Act (6 of 2004), a rate levied by a municipality on a property must be paid by the owner of the property. What the owner can do, however, is recover the cost from the tenant by way of contract. It is not a contract that will bind the municipality. If the tenant does not pay in terms of the contract, the municipality will recover the rates from the owner and will not concern itself with personal rights created between the landlord and tenant. Two different scenarios come to mind:

Secondly, the lease agreement could stipulate a rental amount, but then place an additional liability on the tenant for the municipal rates over and above rent. It is, in fact, common to see clauses in lease agreements which deal with municipal rates or other charges separately from rent. The key feature of this type of lease is that a municipal charge is clearly identified and discrete from rent. If it is a straight-forward on-charge of what the landlord paid to the municipality, then the tenant is not paying for any supply rendered by the landlord, and that element of the total amount to be paid in terms of the lease agreement will not attract VAT.

The wording of the contract between the landlord and tenant is a key indicator of what constitutes 'rent' and what is in addition to rent. Different VAT consequences attach to each scenario and so it is a matter of some importance that parties to a lease agreement ensure that their intention is accurately expressed in the contract.

Parties may, for their own reasons, specifically desire VAT to attach to the on-charging of municipal rates. Strictly speaking, and in accordance with the British Airways case, this cannot be done. But what the landlord can do is calculate an amount of rental that covers all direct and indirect costs, and demand that total as a globular rental payable without treating municipal rates differently or itemising them separately. The various components which the landlord has taken into account in determining the rental amount essentially lose their character and transform into 'rent', which the tenant is obliged to pay. But where a contract obliges a tenant to pay certain costs such as municipal rates, over and above 'rent', these costs do not lose their character and, consequently, for VAT purposes, the question must be asked: who renders the supply?

In summary, local authorities supply services and levy rates upon the owner of the property. When the owner passes these costs on to the tenant, this does not automatically create a new taxing event because the supply does not become a supply by the owner to the tenant.

'Who renders the supply' is always the critical question in circumstances of on-charging costs to clients. British Airways is authority for the view that, when considering the passing-on of charges to clients, customers or tenants, the identity of the person making the supply is decisive. The person who on-charges the cost of the supply is not the person who makes the supply, even though the client, customer or tenant might benefit therefrom. Consequently, such a recovery does not fall within the scope of the VAT Act.

There is no reason why the general principle in the British Airways case cannot apply to any type of cost that is being on-charged to a tenant or client or customer. The principle can be applied in the context of the relationship between the parties, the governing contract between them, and any statutory provision which may find application to the transaction. In the result, a fair VAT treatment can be determined which does not unduly benefit either SARS or the taxpayer. The British Airways principle is elegant in its simplicity and calls to mind the dictum of Corbett JA in the Appellate Division case of CIR v Nemojim 45 SATC 241 at 267:

"It has been said that 'there is no equity about a tax'. While this may in many instances be a relevant guiding principle in the interpretation of fiscal legislation, there is nevertheless a measure of satisfaction to be gained from a result which seems equitable, both from the point of view of the taxpayer and from the point of view of the fiscus. And it may be fairly inferred that such a result is in conformity with the intention of the legislature."

Vorster is an Advocate with The Maisels Group, and a member of the Johannesburg Society of Advocates.