By JEROME BRINK, Published in Spotlight On Tax Law

On 15 October 2021, in Commissioner for the South African Revenue Service v Spur Group (Pty) Ltd (Case no 320/20) [2021] ZASCA 145 (15 October 2021), the Supreme Court of Appeal (SCA) handed down judgment on whether a capital contribution made by an employer to a trust established for purposes of an employee share incentive scheme was deductible for income tax purposes. The SCA also determined whether prescription applied in the circumstances. This article discusses the case and the impact of its findings on share incentive schemes in South Africa. 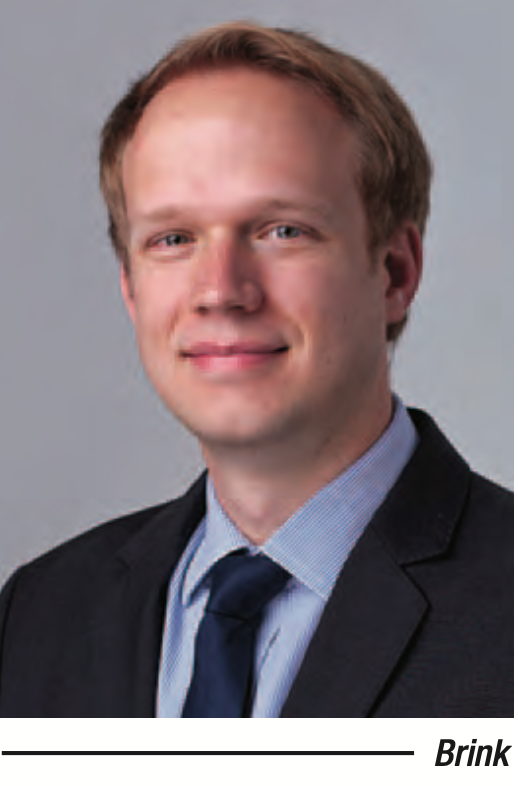 Employee share incentive schemes are, among other things, designed to align shareholder and employee interests, and to incentivise employees to contribute more meaningfully to the success and growth of the business. It is a long-accepted manner of remuneration and compensation.

Importantly, from a tax perspective, it is generally accepted that remuneration derived by employees from these types of schemes are taxed in the hands of employees as normal income (i.e. akin to salaries). In other words, it is often commercially beneficial to compensate employees by way of awarding them shares in the company as opposed to paying a cash bonus. The gain derived by employees is, by and large, taxed as normal income in accordance with s8C of the Income Tax Act (58 of 1962) (ITA).

While the South African Revenue Service (SARS) has issued several rulings based on slightly different sets of facts that confirmed that a capital contribution pursuant to a share incentive scheme may well be tax deductible in the hands of the employer companies, it was announced in the Budget Review Documents, as far back as the 2013 National Budget Speech, that government was reviewing the deductibility of expenditure in relation to share incentive schemes. It is against this backdrop that we examine the judgment in the C:SARS v Spur case which has raised intensive debate about the ongoing attractiveness of share incentive schemes as a form of compensation.

After 18 months of planning, Spur HoldCo established the Spur Management Share Trust (Trust). Importantly, Spur HoldCo was, at that stage, the sole capital and income beneficiary of the Trust. Spur made a capital contribution of R48,471,714 to the Trust in the 2005 year of assessment, having agreed to contribute a non-refundable expense to the Trust to fulfil its purpose. The participants in the share incentive scheme (employees of Spur) were added in December 2010 as beneficiaries of the Trust, but only stood to benefit from dividends received by the Trust and nothing further. Spur HoldCo remained the sole capital beneficiary of the Trust.

Soon after settling its preference share obligations, the NewCo declared dividends to the holders of the NewCo shares (i.e. the employee participants). The share incentive scheme was subsequently terminated and the NewCo was deregistered on 10 December 2012. The Trust remains in existence and continues to hold Spur HoldCo shares that were distributed to it by the NewCo.

Spur claimed the Contribution as a deduction against its taxable income in terms of the provisions of section s11(a) of the ITA. The claimed deduction was (in terms of s23H of the ITA) spread over the seven-year period of the anticipated benefit to be derived, i.e. between 2005 and 2012. SARS initially allowed the deductions, however, after conducting an audit into Spur's tax affairs for the 2010 to 2012 tax years (which was later extended to include the 2004 to 2009 tax years), SARS disallowed the deduction by way of issuing additional assessments. The basis of the disallowance was that the expenditure (i.e. the R48 million Contribution) was not "in the production of income" and, therefore, did not qualify for a deduction under s11(a) of the ITA.

The matter proceeded to the Tax Court (sitting in Cape Town) which found that the purpose of the expenditure was to incentivise key staff members of Spur through a share incentive scheme. In the result, it found that there was a sufficiently close causal connection between the Contribution paid by Spur to the Trust and its production of income.

SARS then appealed the Tax Court judgment and the matter proceeded to the Western Cape High Court (before a full bench with three judges). The majority (two out of three judges) found in favour of the taxpayer, while one held against the taxpayer. The high court was satisfied that Spur had established a sufficiently close connection between the Contribution and Spur's income earning operations. It was specifically held that the purpose of the expenditure, i.e. the Contribution of R48 million, directly served to incentivise the participants and key managerial staff, and to promote the continued growth of Spur. The matter then proceeded to the SCA.

SARS' argument before the SCA

SARS argued that Spur HoldCo was the sole beneficiary of the trust. Spur HoldCo was thus the only party to have benefited directly from the contribution to the Trust, in that it would receive the investment in the NewCo preference shares. In other words, the Contribution of R48 million and the preference share dividends at the time when the NewCo redeemed the NewCo preference shares would be for the benefit of the Trust, being Spur Holdco and not the employee participants. The causal link required in terms of s11(a) between the expenditure incurred and the income earned was thus lacking. There was (if anything) only an indirect and insufficient link between the expenditure and any benefit arising from the incentivisation of Spur's key staff.

Taxpayer's argument before the SCA

While the Contribution could arguably have been to retain the money within the Spur Group, it was submitted by Spur that the dominant purpose of the scheme was to protect and enhance Spur's business and its income by motivating its management employees to be efficient, productive and remain in Spur's employ. This would entitle it to claim an income tax deduction.

The court unpacked the principles in s11(a). In particular, the key issue was whether the expenditure incurred was "in the production of income" or not. In this regard, the court referred to the well-known case of Port Elizabeth Electric Tramway Co Ltd v CIR [1936] 8 SATC 13, in which it was held that two questions arise when considering whether an expense is in the production of income, namely:

The SCA furthermore referred to CIR v Genn and Co (Pty) Ltd [1955](3) SA 293 (A), where it was held that in deciding how the expenditure should properly be regarded, one must assess the closeness of the connection between the expenditure and the income earning operations, having regard both to the purpose and to what it actually effects.

The SCA commented that the participants did not benefit directly, and even indirectly for that matter, from the making of the Contribution. In support of this finding, the SCA referred to the taxpayer's evidence in the Tax Court, in which the following was stated: "[t]he 48 million in the form of now Spur Corporation shares is still sitting in the trust so directly they [the participants] have not benefited from the 48 million."

Separately, it was explained by the taxpayer that the contribution by Spur was in effect a funding mechanism for the scheme, which was to remain in place for most of the duration of the scheme. In this manner, the participants were not exposed to the risk of a decrease in the price of Spur HoldCo shares, whereas the NewCo bore this risk. As per the taxpayer's evidence referred to by the SCA, the purpose was always for the R48 million to remain within the Spur Group and not to transfer it to the benefit of the participants, which is ultimately what the Contribution achieved.

Applying the principles in, amongst others, PE Tramway v CIR, the SCA concluded that the purpose of Spur in incurring the expenditure was not to produce income, as required by s11(a) of the ITA, but to provide funding for the scheme, for the ultimate benefit of Spur HoldCo. There was only an indirect and insufficient link between the expenditure and any benefit arising from the incentivisation of the participants. The Contribution was therefore not sufficiently closely connected to the business operations of Spur, such that it would be proper, natural and reasonable to regard the expense as part of Spur's costs in performing such operations. The income tax deduction of R48 million was thus disallowed.

Interestingly, the SCA then dealt with the prescription issue second, whereas ordinarily, the prescription issue is dealt with first and then only the merits of the matter. At issue was whether the additional assessments were issued by SARS lawfully, notwithstanding that the three-year period of limitation had already passed. SARS argued that s99(2)(a) of the Tax Administration Act (28 of 2011) (TAA), being an exception to the general three-year period of limitation, was applicable in that the amount of tax chargeable in terms of the additional assessments was not so assessed by SARS in the relevant years of assessments due to misrepresentation and non-disclosure of material facts by Spur.

The basis for this argument was that in submitting its 2005 income tax return, Spur answered "no" to the following questions:

Were any deductions limited in terms of section 23H?

Did the company make a contribution to a trust?

Was the company party to the formation of a trust during the year?

Furthermore, in its 2005 to 2008 income tax returns, Spur disclosed the amount of the deductions under "other deductible expenditure" as opposed to the specific line item provided for in relation to s23H. The SCA held that these acts by Spur amounted to deliberate misrepresentation and a non-disclosure of material facts, and it commented that it simply could not amount to any inadvertent error. In assessing the second requirement to raise an assessment in terms of s99(2)(a) of the TAA (i.e. the causal link between the act and the outcome of SARS under-assessing), it was held that the disclosures by Spur in its return resulted in the matter not coming before an auditor within the three-year period.

The SCA had the following further harsh warning to taxpayers: "[A]s a matter of policy, a court would be loath to come to the assistance of a taxpayer that has made improper or untruthful disclosures in a return. Clearly, this would offend against the statutory imperative of having to make a full and proper disclosure in a tax return."

The SCA thus held that SARS was not precluded by sections 99(1) of the TAA to raise the additional assessments, despite the three-year period having elapsed.

There has been extensive debate regarding the two important decisions handed down by the SCA in this case. It is important to bear in mind that while there is a long line of cases on the requirement of "in the production of income" in the context of claiming a s11(a) income tax deduction, each set of facts and circumstances is different. In this case, the SCA focused on specific facts that distinguished it from other share incentive schemes, especially the fact that the Contribution remained within the Spur Group and that the participant employees only indirectly benefited (if at all) from the Contribution. Therefore, while the judgment is important for all tax-payers embarking on share incentive schemes and one should heed the warnings contained in the judgment, it does not mean the end of share incentive schemes. Taxpayers, however, would be well advised to carefully consider their current arrangements in light of the judgment, and to take every precaution that their tax returns are correctly submitted.