Never, never and never again shall it be that this beautiful land will again experience the oppression of one by another and suffer the indignity of being the skunk of the world. Let freedom reign.' – Nelson Mandela – 10 May 1994 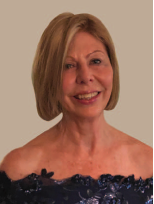 It did not take long for the South African government to forget what it was like for a people to be oppressed. International law has been broken, people are being killed and yet our government saw fit to abstain from voting against Russia's invasion of Ukraine. The USSR may have supported the ANC but friend or not, the Russian government must be condemned for its actions against a sovereign state and its people. Quite apart from the appalling humanitarian consequences of the attack, it should not be forgotten that International Law has been broken. That there are those in government who have chosen to ignore the law is abhorrent as is the fact that government has effectively sided with Russia. There are those who have chosen to point to the UN's failure to act in other terrible situations, as if this condones South Africa's failure to act now. Two wrongs never make a right.

Russia's attack on the Ukraine has underlined the fact that democracy is fragile at best. That our government has passively chosen to side with the aggressor in the Ukraine should, perhaps be a warning to those of us who believe in democracy. In South Africa's Constitution lie the bones of our democracy. But there are those who would wield power for their own ends. We would all do well to remember the story of the boiling frog...

The law – at home we also wait for the law to take its course. On some fronts the wheels of justice do indeed 'grind exceedingly slow' and in the end will there be retribution? The trial of erstwhile president Zuma is postponed ad infinitum – perhaps a tactic to ensure that in the end he may be six-foot under and beyond the reach of justice.

The slippery slope on which Western Cape Judge President John Hlophe decided to travel saw him being found guilty of gross misconduct by the JSC and a call for his impeachment. This 13 year-long saga that began in May 2008 continued as the Gauteng High Court reserved judgement on his argument that the JSC acted unconstitutionally, that the National Assembly does not have the right to 'rubber stamp' the gross misconduct finding and that parliament must be ordered to try him.

It has been a year since the call to impeach and remove Public Protector Busisiwe Mkhwebane. Mkhwebane has blotted the copy book on the role of public protector. Thuli Madonsela set the benchmark on how to behave with dignity, honour, acting without fear or favour. Mkhwebane appears to have decided to mould the role to her own agenda.

Just three cases showing why justice delayed is justice denied. M&A activity is generally considered an indicator of a strong market. As you will read in the M&A feature the recovery in this sector globally exceeded expectations. However, even before the attack on the Ukraine, pundits warned that the figures of 2021 were unlikely to be repeated in 2022. Globally it anticipated that increasing amounts of red tape will have to be overcome, companies will have to contend with increased government interference, and competition issues are likely to hamper deals.

ESG issues will continue to be a focal point, not only in how companies are valued but also in bank financing. The environment has been abused and it is to be hoped that what is being done to repair the damage is not 'too little, too late'. Competition law too is seen as able make or break deals, and in South Africa the emphasis on inclusivity and social upliftment is, on occasion idealistic rather than realistic. The role of lawyers, always important, is now seen as essential to a successful conclusion.

The spotlight is thrown on energy in this issue. Cop26 and its dire warnings to the world that to continue to abuse the earth will see challenges not yet considered. In South Africa it has long been recognised that the country's emphasis on coal as a source of energy is not sustainable, however, the cross-over to sustainable energy sources is expensive. A change over to green energy is, however, essential for the economy – no progress in this direction will mean diminishing amounts of investment with the consequential impact on the man in the street and the country. As an example, PwC reports that export markets like the EU are moving towards carbon border tax policies, raising the prices for certain products. In a unique move at the Cop26 Conference, South Africa and wealthy nations including the US, the UK, Germany, France, and the EU, formed a partnership. To help SA move to a low-carbon economy it will receive $8.5 billion over three to five years.

Will South Africa rise to the challenge? The spectre of Eskom haunts much of South Africa's economy.

There is an overriding consideration that must be factored into any progress in South Africa's energy sector and economy; globally too. The ill-wind that blew into the Ukraine in the form of Russia will affect us all.