Proposed changes to the Companies Act – A case of two steps forward and one step back? Quarter 1 2022

On 1 October 2021, the Minister of Trade, Industry and Competition published the Companies Amendment Bill, 2021, for public comment. In essence, the Bill seeks to amend the existing Companies Act, 2008, which has been in place for over a decade. While the existing Act has been hailed as progressive legislation for South Africa, it contains certain drafting defects, inconsistencies and loopholes. The Bill is intended to remedy these defects, and comments from interested and affected persons were required by 31 October 2021. 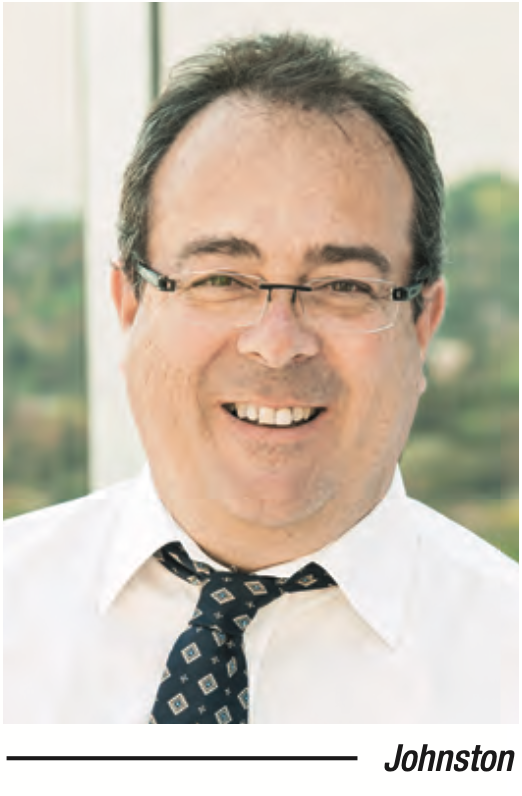 Consistent with the existing Companies Act, one of the objectives of the Bill is to facilitate the ease of doing business in South Africa by reducing the amount of 'red tape' regarding the registering and maintenance of corporations, including companies. The Bill also contains two additional philosophical pillars: the introduction of equity to remuneration, as well as the combatting of money laundering and terrorism.

The ease of conducting business is fundamental to any growing economy, and includes the elimination of unnecessary compliance burdens and barriers to entry. There is a global concern that there is a widening gap between the 'haves' and 'have nots' from a remuneration perspective, particularly between executives and other employees, and that growing inequalities in society have been exacerbated by the COVID-19 pandemic. The lawmakers have attempted to address this matter in s30A of the Bill. In addition, for some time, South Africa has been under pressure from offshore organisations regarding the control of money laundering and terrorism. In effect, South Africa has been given 18 months to get its house in order and regularise this facet of business.

While most of the proposed changes proffered by the Bill are overdue and should be welcomed, there are other material aspects of the Bill which still require careful consideration and deliberation before being enacted.

What follows is a high-level overview of the proposed salient amendments to the Companies Act as set out in the Bill, and potential implications thereof. For ease of reference, I have addressed each of these changes under their respective pillars: Ease of Doing Business; Equity in Remuneration; and the Combatting of Money Laundering and Terrorism.

A. Ease of Doing business

Section 16: For some time, there has been uncertainty and confusion regarding when an amendment to a company's Memorandum of Incorporation (MOI) takes place after being submitted to the South African Companies and Intellectual Property Commission (CIPC). The Bill has clarified this position by recording that a notice of amendment to a MOI takes effect 10-business days after receipt of the notice by CIPC, unless CIPC endorses or rejects the amendments within this 10-business day period. However, should they so wish, companies will be permitted to stipulate an effective date longer than the 10-business days in the notice to shareholders and to CIPC.

Section 26: The proposed changes to s26 of the Companies Act, dealing with access to written company information and records, is perhaps one of the most controversial changes proposed in the Bill. At present, a private company's annual financial statements are only available to its shareholders, and third parties can only access a private company's securities register in terms of s26 of the Companies Act or via the Promotion of Access to Information Act (PAIA). The proposed amendments to s26, as contained in the Bill, seem to permit any third party, including a competitor, a right to access and copy certain private company's annual financial statements at any time without question, and failing to satisfy a request for access will constitute an offence.

Section 30: In future, the names of each director and prescribed officer who receives remuneration and benefits from a company which is required to be audited will need to be named and included in the annual financial statements of the company concerned.

However, any audit of this remuneration and benefits in respect of these directors and prescribed officers will not require the company's remuneration policy or background statement to the remuneration report to have to be audited.

Section 33: In addition to every company needing to file an annual return with CIPC, the proposed changes to s33 of the Companies Act now require certain companies whose public interest score exceeds the limits in the Companies Act to also file with CIPC, its latest annual financial statements, securities register and register of disclosure of beneficial interests.

Section 38 A: This proposed amendment to the Companies Act seeks to empower a court to validate the irregular creation, allotment and issue of shares. From time to time, certain companies mistakenly issue shares which exceed their authorised share capital. While the 1973 Companies Act provided a remedy for this, under the current Companies Act, such an allotment is void. In terms of the proposed amendment, interested and affected parties will now be permitted to apply to court to validate any unlawful allotment, provided it is just and equitable to do so, and on terms and conditions per the court order.

Section 40: The amendments proposed to s40 of the Companies Act have clarified aspects relating to partially paid shares and introduced the concept of a stakeholder agreement (as opposed to the current rather vague "trust agreement") to be entered into between the company and stakeholders which will cater for scenarios where "trustees hold for and on behalf of" other parties.

In terms of the proposed amendments to the Companies Act, a special resolution will no longer be required for the directors and prescribed officers where a pro rata offer is made by the company to all shareholders of the company, or the buyback occurs as a result of a transaction on a recognised stock exchange on which the company's shares are traded. However, where there is a share buyback involving only the directors and prescribed officers, then a special resolution will still be required.

Section 61: This proposed amendment deals with the business to be conducted at an annual general meeting, and now includes the addition of a social and ethics committee report, in addition to the annual financial statements, remuneration report and register of disclosure of beneficial interests.

Section 90: Recently the Issuer Division of the JSE Limited amended its JSE Listings Requirements to specifically require all publicly listed companies in South Africa to table a resolution before shareholders at each annual general meeting regarding the re-appointment of the external auditors.

The Bill has extended this request by proposing that all companies whose financials are required to be audited annually, or whose MOI stipulates as much, need to have their external auditors appointed/reappointed at each annual general meeting of the company in question. Furthermore, the cooling off period for someone who was a director, or broadly involved in the company's business, to wait until becoming an auditor of that company has been reduced from five years to two years.

Section 95: This proposed amendment seeks to extend the definition of an employee share scheme in terms of s95 of the current Companies Act, to include situations where there are purchases of shares of a company in addition to the issue of shares in a company.

Section 118: Historically, the jurisdiction of the Takeover Regulation Panel (TRP) has applied to regulated companies involving affected transactions as contemplated in the Companies Act and regulations. Regulated companies have included public companies, state owned entities and private companies which, among others, have had a transfer on a rolling basis of 10% or more of their shares in the previous 24 months.

The latter stipulation has caused much consternation over the past decade as, technically speaking, this may include shelf companies which have never traded in the past. In order to address this anomaly, the Bill seeks to amend which private companies will be regarded as regulated companies by specifying that it will include all private companies with 10 or more shareholders and having a turnover and assets, the quantum of which will be determined by the dti Minister in consultation with the TRP.

Section 135: In this proposed amendment to the Companies Act, the Bill seeks to clarify that any monies of a utility nature, namely rates and taxes, electricity, water and sanitation paid by a landlord to third parties during business rescue proceedings and which would ordinarily have been paid by the tenant, will be regarded as post commencement financing, which will rank before concurrent creditors, but after employees.

In addition to the aforegoing, there are several other, less material amendments to 'clean up' wording or provide clarification regarding certain sections of the Companies Act.

b. Equity in Remuneration

Section 30 A: The remuneration of directors and senior officers of companies has long been the topic of much debate, with global concern expressed regarding the quantum of these awards, the ever-widening pay gap in society and general inequality in society.

Section 30 A has been introduced by the Bill to not only heighten transparency in relation to executive remuneration, but also to increase accountability between companies and their senior executives and shareholders.

The proposed amendments introduced by s30 A of the Bill now lists the information which must be contained in the remuneration report:

However, challenges in this regard include a lack of definitions for remuneration, remuneration report, remuneration policy and implementation report, which renders the proposed changes confusing from a voting and approval perspective. In addition, no mention is made of gender pay gaps or the introduction of a fair pay policy which addresses living wages.


Furthermore, and while the Bill contemplates both the remuneration policy and implementation report being tabled as ordinary resolutions at companies' annual general meetings, failure to pass either or both has certain draconian and perhaps unintended consequences per the current drafting. For example, the Bill is unclear whether the company will have a claw back on remuneration and benefits paid in the previous year where the implementation report gets voted down.

Section 56: Consistent with what is transpiring in Europe and in the UK, global authorities are clamping down on money laundering and the use of illegal proceeds for terrorism activities. Part of this global exercise has focused its attention on who the true owners of beneficial interests in companies' securities are, and the concomitant obligation to disclose these persons and interests.

Essentially, true owners have now been defined in s1 of the Bill as being those natural persons who effectively 'call the shots' regarding securities, who vote on and receive dividends on those shares, etc. Going forward, true owners will be deemed to be the holder of a beneficial interest in shares. In addition, the Bill defines certain other persons who will be regarded as having a financial interest in a security for purposes of compiling a register of holders or a beneficial interest in the securities of a company.

Section 56 amendments also provide for circumstances where a company is unable to identify persons who hold a beneficial interest in its securities.

While transparency and accountability have become the global norm for companies over the past decade, these principles need to be considered and balanced with the incumbent and competing interests which lead to a free economy.

South Africa is a unique country with unique challenges, which include an economy that has been contracting rather than expanding. For the South African economy to grow, incentives to attract both foreign and local investors will be required, and appropriate talent harnessed.

Company law often sits at the centre of these revivals, and it is incumbent on the law makers to ensure that laws achieve this purpose; failing which, it may be a case of two steps forward and one step back.

Johnston is a Director: Corporate Services at Sun International Limited. The views expressed in this article are those of the author only and are not representative of the views of Sun International, its board members or employees.