You might be forgiven for thinking that there's a question mark missing here, that there are in fact two separate questions. But no, the title is pertinent to a recent trademark judgment in Germany. One that deals with the issue of just what consumers will/or will not perceive as a trademark or, as it is sometimes described, a badge of origin. 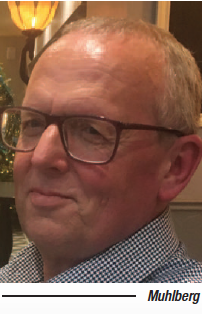 A German company filed an application in Germany to register #darferdas as a trademark for clothing. Was this registrable?

Despite the applicant's home ground advantage, the German Patent Office ruled that #darferdas could not be registered as a trademark. The reason – darf er das is a common German expression meaning 'Can he (really) do that?' And let's get real, no-one in Germany would consider this expression to be a trademark!

This matter went on appeal and the first appeal court agreed with the Patent Office. It explained its thinking as follows:

In short, consumers seeing #darfedas on t-shirts would understand it as a simple interrogative phrase. They would certainly not perceive it as a trademark.

The second tribunal decided that this was way above its pay grade and that it needed to refer a legal question to the European Court. The question was this:

'Is a mark distinctive (and therefore registrable) in cases where it can plausibly be used as a trademark (badge of origin), even if this is not its most obvious use?'

The European Court decided that some French might not go amiss and replied with a Oui.

The court went on to make the point that, to be distinctive and registrable, it is not necessary that every conceivable use of the mark is used as a trademark. All that is required is that there must be a plausible possibility of the mark being used in a way that it is understood as a trademark.

The upshot is that #darferdas can be registered as a trademark for clothing. With the court recognising that in different circumstances – for example, if #darfedas were to be blazoned across the front of the garment – people might regard it as something other than a trademark.

What can we take from this?

As lawyers love to say, everything depends on the facts. It is, of course, common for a word to be blazoned across a t-shirt or hoodie, and we generally perceive this to be the trademark. But if the wording comprises a statement or question we might see it differently, we might regard that wording to be random, or possibly designed to amuse or shock. Yet if that statement or question were to appear on a swing tab we would conclude that it must be the trademark (because if it isn't then what is?).

The judgment is right. Yet…. it would be very weird to walk into a shop and ask an assistant: Do you sell can he really do that?

I know… you're thinking that was so interesting, surely it isn't over already! We'll here's a little bonus.

Like so many people these days, Lewis Hamilton drives a Mercedes, although Lewis's Merc does go particularly fast. Lewis filed an application to register the name Lewis Hamilton as an EU trademark for watches and jewellery. This application was rejected following an opposition by a company called Hamilton, a subsidiary of Swatch. The company has a trademark registration for the name Hamilton also covering watches and jewellery. It successfully argued that there would be confusion.

But alas, the European trademark authorities do not seem to think that Lewis Hamilton is quite in the Lionel Messi league. They take the view that people seeing Lewis Hamilton watches may well wonder if there is a connection with Hamilton watches. The EU trademark authorities have sought to justify this finding by suggesting that Formula One isn't quite as big as football. Controversial!

How will this end? Lewis Hamilton is a fighter – he'll surely take this to the Max!