By CRAIG ATKINSON AND MELISSA MTOLO, Published in M&A FEATURE

Reappraising Section 164 of the Companies Act 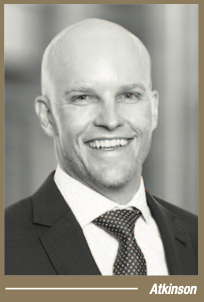 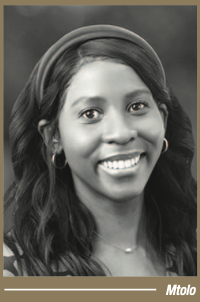 Shareholders' growing tendency to campaign for particular corporate actions, or to influence fundamental transactions, has put a spotlight on the legal vacuum regarding the interpretation of s64 of the Companies Act (71 of 2008). Two recent cases attempt to create legal certainty on the intent and application of the appraisal rights remedy in s164.

In BNS Nominees v Zeder Investments [2021] ZAWCHC 263 (Zeder), Nel AJ remarked, "Given that the appraisal rights remedy is relatively new to South African company law, no significant body of jurisprudence has been developed to serve as a guide to determining the fair value of shares" and in Hoogeveld Boerderybelleggings v TWK Agricultural [2021] A28-2020 (ML) (TWK) Langa J admitted, "I could not find any South African case law authority dealing with the interpretation and application of section 164 [of the Companies Act]".

Despite the lack of South African jurisprudence on the interpretation of s164, both these cases provide significant elucidation on the practical application of s164. However, it is too early to tell whether these cases will become the locus classicus on shareholder appraisal rights.

(a) the entering into of a merger or scheme, or the sale of all or a greater part of a company's assets or undertaking; and (b) amendments to the company's memorandum of incorporation that alter the preferences, rights, limitations or other terms of any class of shares which will have a materially adverse effect on the rights or interests of the holders of that class of shares.

In Zeder, the first respondent, Zeder Investments Limited (ZIL), issued a circular to its shareholders regarding the disposal of all its shares in Pioneer Foods, which ultimately triggered appraisal rights for dissenting shareholders in terms of s164. The applicants in the matter (i.e. the dissenting shareholders) disputed the valuation methodology utilised by ZIL and the resultant value attributed to the shares. The applicants' claim was pursuant to s164(14) of the Companies Act, in terms of which they asked the court to determine the fair value of the first applicant's shares. The Companies Act does not define "fair value" and, therefore, it was up to the court to attribute meaning to this term and decide whether: (i) on the first score, the results of ZIL's valuation resulted in fair value; and (ii) on the second score, if ZIL's valuation did not result in a fair price of the applicant's shares, how fair value should have been determined. Nel AJ ultimately held that there is not one methodology for determining a fair price and, as a general principle, it is necessary to take into account all the relevant factors when determining a fair price, such as:

Nel AJ correctly held that whilst it is trite that shareholders will always look to maximise the value of the shares, the legislature did not intend to devise a test for 'fair value' that has the effect of enriching or impoverishing a shareholder by forcing them to accept more or less than the fair value of their shares. In our view, the inescapable conclusion then must be that the legislature intentionally did not prescribe a definition for 'fair value' in the Companies Act because there are numerous factors that will be relevant for one company that may not necessarily be relevant for another.

Having considered the factors set out above, the court made an order for, inter alia, the appointment of an appraiser in terms of s164(15)(c)(iii)(aa) of the Companies Act, subject to the conditions set out therein. The rationale behind the court's decision is twofold: (a) judges may not have the expertise required to determine appropriate methodologies regarding the valuation of shares, and the assistance of an independent appraiser is necessitated and;

(b) given that the Companies Act does not contain a "market-out" exception – an American concept which provides that if a company's shares are publicly traded, its dissenting shareholders do not have an appraisal right and must

In TWK, certain shareholders of TWK Agriculture Holdings (Pty) Ltd sought to invoke their appraisal rights in terms of s164(5)(a)(ii) in respect of certain amendments to the memorandum of incorporation of TWK Agriculture which had the effect of materially and adversely affecting the preferences, rights, limitations, interests and other terms of the shares that they held. TWK Agriculture asserted that the use of phrases such as 'any class of its shares' or 'of that class of shares' and 'of a class of shares' in s164 and 37(8) of the Companies Act should direct the court to utilise a restrictive approach in the interpretation of s164 to determine that appraisal rights are only available where a company has more than one class of shares. The court, favouring a contextual approach, found that the legislature did not intend to deny shareholders their appraisal rights where a company has a single class of shares, as is in casu.

The courts' approach in assessing s164 relied not only on Canadian and American jurisprudence, but also on a mode of interpretation that sought to balance the substance of s164 with the form of the section.

Given the novelty of the appraisal rights remedy in South African law and the increase in shareholder activism, in line with global trends, it begs the question why the Companies Amendment Bill, 2021, did not deal with any amendments to s164. In our view, the legislature correctly did not propose any amendments because:

Atkinson is a Partner and Mtolo an Associate with White & Case (South Africa).