By TESSA BREWIS AND DEEPESH DESAI, Published in Spotlight on energy law

2021 will probably go on record as one of the worst years for loadshedding ever experienced in South Africa. The uncertainty around electricity supply, compounded by drastic increases in the price of electricity, have had a depressing effect on the economy. Mining has been one of the hardest hit sectors and, in some instances, mines and smelters have opted not to operate at capacity because of the erratic supply and exorbitant cost of electricity. 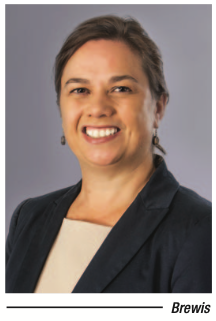 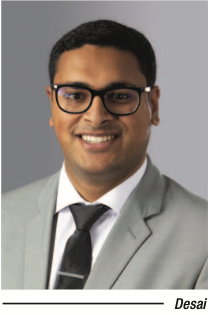 Initiatives such as the Risk Mitigation Independent Power Producer Procurement Programme (RMIPPPP) are yet to relieve the electricity supply shortage. The RMIPPPP was supposed to see the procurement of emergency power, resulting in electricity being fed into the national grid by June 2022. However, the RMIPPPP has not been without controversy, and none of the preferred bidders who were announced during April 2021 have yet reached financial close or commenced construction. The deadline for financial close has been extended several times, most recently to 31 March 2022.

The announcement by President Cyril Ramaphosa during June 2021 that the threshold for an electricity generation licence under the Electricity Regulation Act (4 of 2006) (ERA) would be lifted from 1 MW to 100 MW for private power generation, in efforts to alleviate the burden on the national grid, was widely welcomed.

Following two somewhat ambiguous earlier amendments on 12 and 20 August 2021, the Minister of Mineral Resources and Energy gazetted a third amendment to Schedule 2 on 5 October 2021, which provides that the operation of a generation facility with a capacity of no more than 100 MW no longer requires a generation licence. To put the 100 MW threshold in context, under the Renewable Energy Independent Power Producer Procurement Programme (REIPPPP), from inception up until bid window 5 (of which the preferred bidders were announced during October 2021), the maximum installed capacity that may be bid for onshore wind projects is 140 MW and for solar PV is 75 MW. In addition, REIPPPP is also confined to onshore wind and solar PV technologies, whereas the 100 MW threshold applies to all technologies, opening the door to embedded generation gas projects.

In his announcement on 10 June 2021, President Cyril Ramaphosa stated that the exception threshold to the ERA "is expected to unlock significant investment in new generation capacity in the short and medium term, enabling companies to build their own generation facilities to supply their energy needs." Since the announcement, various players in the mining and other electricity consuming industries have embarked on processes to privately procure power. They will now be able to satisfy their respective power requirements by being able to generate electricity or purchase electricity from Independent Power Producers (IPPs) through long term power purchase agreements. It is anticipated that this will yield significant advantages, as it will reduce a dependency on South Africa's state-owned enterprise, Eskom, and increase the certainty of a long-term tariff for electricity.

The increase in off-take opportunities has led to a proportional increase in M&A activity amongst IPPs, which includes IPPs purchasing partially developed projects from developers. In turn, the secondary market for equity in IPPs has also experienced a noticeable boost. This excitement in the market will further open the South African economy to foreign investments and job creation.