By WARREN BEECH, Published in Spotlight on energy law

When the world initially shut down in early 2020, in response to the COVID-19 pandemic, many thought it would be for a short period. But as the lock downs and other measures remained in place, this had a dramatic impact on world economies, including Africa's, and showed the stark reality of just how fragile these economies were. Looking back, those economies that were more diverse and relied to a large extent on mining and natural resources were more resilient and were able to recover quicker than economies that did not have economic diversity which included mining and natural resources. 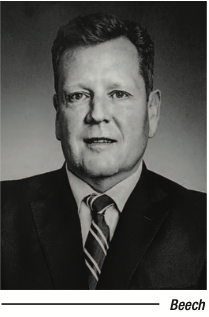 While transactional activity did slow down initially in the first half of 2020, the desire for "safe haven" minerals, such as gold, and the increased demand for "green minerals" – often referred to as "battery minerals", which had started to support the transition to the green economy pre-COVID-19 – continued to drive transactional activity throughout the pandemic, and still does so. Of course, not all minerals were equally in demand. For example, as manufacturing and production slowed down, so did the demand for iron ore and the related minerals required for steel making.

The primary driver is the transition to a green economy, which has resulted in significantly increased transactional activity in the exploration for and mining of battery minerals, such as cobalt, lithium, copper and related minerals. At the same time, it has also been the motivation behind large scale disposal of coal mining operations as a result of decarbonisation goals, and increased shareholder and stakeholder activism in support of divestment from thermal coal mining assets. The best recent examples of this include the spinning off of Anglo American's coal assets into Thungela, the disposal by South32 of its coal assets to Seriti, and consolidation of assets under companies like Menar. South Africa is not unique in relation to the transactional focus on battery minerals and the green economy, with many examples on the African continent, including Trafigura's transaction with the government of the Democratic Republic of the Congo to contribute to the regularisation of the extraction of cobalt by artisanal and small-scale miners, and the off-take of this cobalt.

The second driver is the undervaluation of mining and natural resources assets, as a result of the pandemic. Many smaller or single asset operations without a substantial balance sheet found themselves in some difficulty during the pandemic and, therefore, became available for acquisition, particularly where the owners had preserved value through implementation of a proper care and maintenance programme.

The third driver has been the transition, including in the Mining and Natural Resources Sector, to the use of renewable energies at operations, including solar power.

South Africa's commitment under the Paris Agreement, and subsequently COP26, means that South Africa has no choice but to accelerate the transition in support of decarbonisation and the ultimate goal to achieve net zero emissions. This is all taking place within the context of the growing reliance on the Environmental, Social and Governance standards (ESG) which are increasingly being used not only to guide, but to determine investment decisions, including, for example, divestment from coal assets. The broader commitment to sustainability and, ultimately, the constitutional right to an environment which is not harmful, adds another layer of complexity, which also informs investment decision-making and transactional activity around these assets.

Historically, investment decisions were mostly based on whether there would be good financial returns within the timeframes determined by the investors, often without regard to the impacts or potential impacts flowing from the investment decision on communities, the environment, socio-economic systems, local and traditional leadership structures, and other stakeholders. This has changed, particularly because of the application of ESG, which focuses holistically on the three elements, and the need to hold a "social licence to mine". Companies and industries with a strong ESG focus are attracting more investment, while those which do not perform well when measured against the ESG standards are facing more and more challenges in securing funding from traditional investors.

As a focus point, decarbonisation will drive transactional activity in relation to alternative energy sources and the required decreases in carbon emissions. Renewable energies such as wind and solar will remain an important driver of transactional activity. But the Mining and Natural Resources Sector has also turned its attention to alternative energy sources such as hydrogen and, inevitably, consideration of carbon capture at point source, which would immediately reduce emissions and, sometime in the future, carbon capture and storage for re-use. The recent conclusion of the memorandum of understanding between Eskom, Seriti, and Exxaro to supply renewable energy and reduce carbon dioxide emissions is an example of the transactional activity in support of decarbonisation.

Despite the Mining and Natural Resources Sector's commitment to decarbonisation and a transition to the green economy, transactional activity is hampered by a legislative framework which is cumbersome and often delays transactions for many months, if not years. If government did do one thing to immediately improve the situation, it would be to implement a "smart tape" system which removes "red tape" and facilitates a more efficient approvals process.

Beech is a Partner of Beech Veltman