It is well known that oil and gas are often termed the "lifeblood of industrialised countries" and are still primary sources of non-renewable energy used to drive industrialisation and socio-economic development. Accessibility to the planet's limited oil and gas resources, and to an appropriate energy mix, underpins an industrialised and developing country's energy independence, vulnerability and security, and its positioning on the world stage. 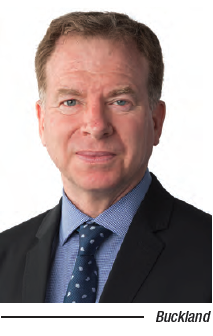 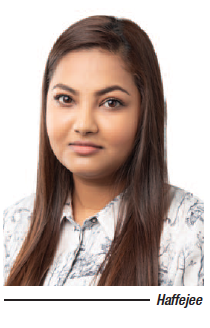 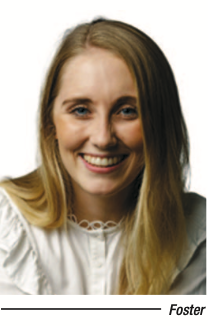 South Africa, a developing country with increasing energy demands, over-burdened and outdated energy infrastructure and ambitious plans to industrialise, remains largely dependent on importing oil, and on one entity – Sasol Gas – for the supply of approximately 90% of its natural gas demand. Oil and gas exploration are therefore integral to various South African government development plans and initiatives over recent years, such as Operation Phakisa, the Integrated Resource Plan of 2019 and the National Development Plan (NDP). It is estimated that global capital expenditure on offshore exploration and production for 2022 will rise to approximately US$198 billion. However, these explorations require significant investments as they are excessively costly, and due to low success rates, are considered risky.

Oil and gas explorers had been assessing the exploration for oil and gas off the beautiful South African Wild Coast, stretching from East London in the south to the border of KwaZulu-Natal in the north and, having been granted rights to do so by the Department of Mineral Resources and Energy (DMRE), they wished to commence a seismic survey of the seabed in December 2021. And this is where the cautionary tale begins. The process for offshore exploration often starts with an underwater seismic survey that entails discharging pressurised air to generate sound waves, which rebound off surfaces to identify hydrocarbon-bearing structures and sub-surface rock formations that may contain oil or gas.

The impact of these sound waves on marine life, the environment, and the livelihoods and well-being of the communities that depend on this marine life, as well as the matter of consultation with affected communities, became the subjects of a number of urgent applications in the Eastern Cape Division of the High Court in Grahamstown (Makhanda High Court), resulting in the court pronouncing that the rights to explore the waters near the Wild Coast was awarded to the oil and gas explorers on the basis of a substantially flawed consultation process. The court's decision to declare the grant of the exploration rights unlawful and to invalidate the exploration rights has significant implications for the South African government's plans, and those of oil and gas investors and explorers, to explore for natural gas and oil off South African coastlines.

Having secured the exploration rights, Impact Africa then entered into an agreement with BG International Limited, a wholly-owned subsidiary of Royal Dutch Shell PLC for the farm-out of a 50% working interest and operatorship in the exploration right. The exploration made provision for a five-month long seismic survey planned by Shell Exploration and Production South Africa BV, Impact Africa, and BG International Limited (referred to as the Explorers), aimed at exploring potential hydrocarbon reserves beneath the Wild Coast seabed.

The judgment, penned by Judge Gerald Bloem, emphasised the flawed consultation process followed by the Explorers, and highlighted that they were under a duty to "meaningfully" consult with the communities and individuals who would be impacted by the seismic survey. They had failed to do so in the case of the applicant communities who hold customary rights, including fishing rights, and those who hold a special spiritual and cultural connection to the ocean. The judge found that the exploration right was awarded based on a substantially flawed consultation process and was thus unlawful and invalid.

Shortly after the judgment, the vessel that would have been used to conduct the seismic survey departed South African waters. Based on the outcome of the court hearing on 28 December 2021, the seismic survey contract has since been cancelled for the current survey window, and the Explorers are seeking permission from the Makhanda High Court to appeal the 28 December 2021 judgment. The case is far from over.

While the Makhanda High Court's decision temporarily halting the planned seismic survey off the Wild Coast should be seen as a guiding hand on the thorough consultation process that needs to be followed, it may also very well bear far more significant consequences than anticipated. The judgment introduces additional significant requirements to be considered and met in any application for exploration rights along South Africa's coastline. In addition to complying with the regulatory requirements, applicants would likely also have to take further steps to prove to PASA and the DMRE on application, and to a high court if challenged, that a wide and meaningful consultation process with all interested and affected parties was duly carried out. It will need to show that all reasonable steps were taken to identify and consult with such interested and affected communities, failing which they could face the real risk of their rights to explore being declared unlawful and invalidated and risk the chance of suffering significant financial loss and public backlash.

On the other hand, PASA and the DMRE would, before granting any exploration rights, also need to ensure that these requirements have been met, meaning that the consultation process and the approval process becomes more costly, time consuming and onerous. It goes without saying that unsuccessful opponents of the explorers who launch frivolous or vexatious proceedings could potentially face claims by the explorers or PASA or the DMRE for the recovery of losses. However, the ability to obtain, and keep, exploration rights in South Africa, may have just gotten harder.

Despite global efforts to reduce reliance on fossil fuels, South African coastlines have seen a flurry of exploration activity and significant discoveries. The Brulpadda and Luiperd offshore field discoveries of gas condensate and oil in 2019 and 2020 were hailed as "gamechangers" in the South African oil and gas industry. They ignited an interest in oil and gas exploration off the country's coastlines after it was estimated that the two fields could hold resources of up to one billion barrels of gas each. The Luiperd discovery alone proved to be the largest discovery in Africa in 2020 and the second largest worldwide. The vast contrast in how these discoveries were received by the public creates uncertainty for extractive companies, and may likely deter potential investors and explorers.

What is the way forward? To look to other jurisdictions

On the other hand, Canada recently approved three offshore exploration projects, enabling the explorer firms to move forward with obtaining further authorisations and permits from federal departments. According to the government, the projects will create jobs and benefit the economy while supporting sustainable development and protecting the environment. The three projects are subject to legally binding conditions which the proponents must fulfil, which include measures to protect fish and fish habitat, migratory birds, species-at-risk and the use of resources by indigenous peoples. These legally binding conditions will be imposed throughout the life of the projects, and will seek to protect the environment for generations to come.

One of the momentous tasks that courts have is balancing public opinion and the interests of the community with legal principles. It is, therefore, imperative that the private sector work cohesively with government and affected communities towards a sustainable economy. Economic development and environmental protection must go hand in hand, as the natural environment is central to economic activity and growth, as it provides the resources we need. Undeniably, there are promising signs for the South African oil and gas industry; however, with the lack of legislative and regulatory certainty, coupled with an untenable situation aggravated by little available knowledge of the potential impacts of exploration activities, they may prove less fruitful than anticipated.

Buckland is a Director, Head of Corporate, Haffejee an Associate and Foster an Associate Designate with Lawtons.