By ALISTAIR YOUNG, Published in Spotlight on energy law

A possible standoff looms between wind and coal prospectors

The existing electricity transmission and distribution networks of the traditional wind rich provinces of the Western, Eastern and Northern Capes have all but been taken up by operational and soon-to-be built wind energy facilities. 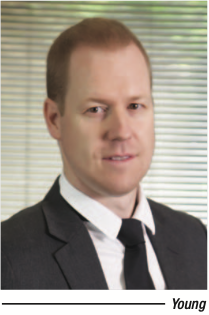 Consequently, any new wind energy projects in these provinces will, for the most part, require the construction of new transmission and distribution infrastructure, substantially increasing the project development costs. It is, therefore, welcome news that not only does Mpumalanga have sufficient solar resources to support solar photovoltaic facilities, but this once exclusive bastion of coal prospectors, coal miners and coal fired power stations has now been identified as a possible new frontier for wind energy developments. However, unlike the fast-diminishing availability of existing transmission and distribution networks in the traditional wind rich provinces, Mpumalanga arguably has one of the best and most accessible transmission and distribution networks in the whole country. This is thanks, somewhat ironically, to the presence of the very same coal fired power stations that renewable energy facilities could one day replace.

This perfect combination of suitable wind resources and the ease of access to a well-established grid has seen an influx of wind prospectors to the province in search of suitable land. To the unwitting eye, Mpumalanga appears to have suitable land by the bucket load in the form of many square kilometers of gentle rolling grasslands and maize fields. However, what the unwitting eye fails to see is that significant portions of these gentle rolling grasslands and maize fields have been encumbered by unseen limited real rights. In its 2016 report titled, "Zero Hour: Poor Governance of Mining and the Violation of Environmental Rights in Mpumalanga", the Centre for Environmental Rights confirmed that "[m]ore than half of Mpumalanga's land surface area (54.2%) is under prospecting right applications, while a further quarter (24.5%) is under mining right applications. Together, because of overlapping applications, these account for 61.3% of the total land surface area of the province….". Consequently, wind prospectors are likely to face a challenge not encountered in provinces rich in wind resources but poor in mineral resources. This challenge is likely to come in the form of those who, with prospecting rights in hand, are also on a hunt for resources, but resources of the coal kind.

Coal resources can be mined using either the opencast or underground mining methods, with the opencast method having substantially higher recovery rates. Coal seams that are no more than 70m below the surface can be mined optimally using the opencast method, and while it is arguable that wind energy facilities could co-exist with an underground coal mining operation, the same cannot be said in relation to opencast coal mining. A clear conflict of interest therefore looms large on the Mpumalanga horizon, between those prospecting for wind and those prospecting for coal, particularly coal that lies no deeper than 70m below the surface.

The frontline of this looming conflict will be the application processes associated with the prescriptive legal approvals and authorisations that wind energy developers must be in possession of before submitting a bid to any future Renewable Energy Independent Power Producer Procurement Programme (REIPPPP) bid window. Included amongst the numerous prescriptive requirements of any REIPPPP bid is the requirement that a bidder must be in possession of a valid environmental authorisation (EA) for the entire project, in terms of the National Environmental Management Act (107 of 1998) (NEMA), as well as the written approval of the Minister of Mineral Resources and Energy in terms of s53 of the Mineral and Petroleum Resources Development Act (28 of 2002) (MPRDA), confirming that the intended use of any surface of land is not contrary to, or likely to impede any object of the MPRDA.

While a holder of an existing prospecting right has the right to comment on an EA application and to appeal against any subsequent decision to issue an EA for a proposed wind energy project, such rights, particularly the right of appeal, may only represent a nuisance, time and cost factor for wind prospectors, rather than being a genuine bar to the submission of a REIPPPP bid. In this regard, the Minster for Forestry, Fisheries and Environment has, barring fundamental environmental flaws associated with any proposed wind project, readily dismissed these kinds of appeals against decisions to grant EAs for wind projects.

On the contrary, since being amplified in March 2020 with the introduction of regulation 73B of the MPRDA regulations, read together with application Form Z, applicants for s53 written approval will have to run a veritable gauntlet of administrative and legal battles. They are now required to, amongst others, provide the Minister for Mineral Resources and Energy (this administrative power has since been delegated to the respective Regional Managers of the DMRE) with motivation for the proposed land use; a report on meaningful consultation with interested and affected persons in the mining industry; a report on meaningful consultation with the Council for Geoscience regarding the mineral potential of the land concerned; and comments and concerns raised by parties with interests in prospecting and mining in the area and surrounding areas.

Based on the above requirements alone, it is evident that wind prospectors in the Mpumalanga province may face significant barriers to satisfying the Regional Manager that the use of land in the province for a purpose other than mining is not contrary to, or likely to impede the objects of the MPRDA. Firstly, where a wind prospector's application for s53 approval relates to land that is already the subject of a prospecting right(s), the applicant will have to present the outcome of all consultations with the holder(s) of the prospecting right(s). Importantly, consultation has to be meaningful, in so far as it must be carried out in good faith, so that reasonable opportunity is given to the holders of prospecting rights that they can make an informed decision regarding the impact of the proposed wind energy facility on their prospecting, and possible future mining activities.

There are few envisaged scenarios whereby the holders of prospecting rights will not vociferously object to a wind energy facility being developed on the same portions of land over which they hold prospecting rights. As such, for any applicant to present a conclusive and favourable submission for s53 written approval to the Regional Manager may be challenging.

Even if written approval is granted by the Regional Manager in respect of one or both of the above scenarios, any holders of, or applicants for prospecting rights will still have a right of appeal to the Minister of Mineral Resources and Energy who has previously been described in the media as a "coal fundamentalist" and a "fossil fuel dinosaur". Convincing the Minister that the intended land use will not impede the objects of the MPRDA and will not impact on the livelihoods of those dependent on the coal mining industry in the province is another legal battle that awaits. How this looming conflict of interest between wind and coal prospectors in the Mpumalanga Province will eventually play out remains to be seen. Perhaps the solution lies in joint venture renewable energy projects with prospective and existing mining and industrial operations in the province, particularly now that the generation of electricity of up to 100MW is exempted from the requirement to obtain a generation licence. Even so, it is evident that wind prospectors who became accustomed to the s3 application process, which was a relative tick box exercise, during previous REIPPPP bids for proposed wind energy developments in the traditional wind rich provinces are in for a rude awakening when undertaking the same process during their forage for suitable land on the Mpumalanga wind energy frontier.

Young is a Senior Associate with Warburton.