By KEANEN-TROY JOHNSON AND JOHN GOETSCH, Published in Spotlight on energy law

Exploring the ocean in search of nature's precious elements is an activity that has been ongoing for many decades and is expected to increase in the near future. Marine seismic surveys are the most important tool available to the petroleum industry for mapping potential oil and gas deposits beneath the seabed. 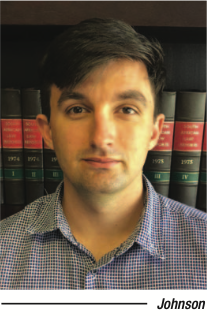 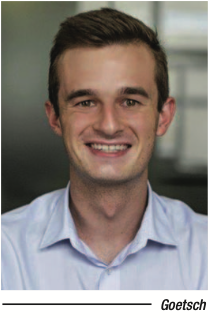 In Border Deep Sea Angling Association and others v Minister of Mineral Resources and Energy and others (3865/2021) [2021] ZAECGHC 111 (3 December 2021) Govindjee AJ described a seismic survey as "a study in which seismic waves generated through compressed air are used to image layers of rock below the seafloor in search of geological structures to determine the potential presence of naturally occurring hydrocarbons (that is, oil and gas)."

At the end of 2021, Bloem J handed down an interdict against Shell's seismic survey explorations on the Wild Coast, conducted through its vessel, the Amazon Warrior [Sustaining the Wild Coast NPC v Minister of Mineral Resources and Energy (3491/2021) [2021] ZAECGHC 118].

One of the court's main concerns centred around what it termed the respondents' "inadequate and substantially flawed" consultation process undertaken with impacted local communities, as they were required to undertake in terms of the Mineral and Petroleum Resources Development Act [28 of 2002] (the MPRDA). Meaningful consultation entails providing communities with the necessary information on the proposed activities and affording them an opportunity to make informed representations thereon [ Maqoma v Sebe NO 1987 (1) SA 483 (Ck)].

Section 31 of the Constitution of the Republic of South Africa, 1996, provides, inter alia, that persons belonging to a cultural, religious or linguistic community may not be denied the right to enjoy their culture, practise their religion and use their language with other members of that community.

In Sustaining the Wild Coast NPC, the applicants feared that the seismic surveys would negatively impact on their communities' customary practices and spiritual relationship with the sea. By the initial stages of the consultation process, Shell had already gravely erred in its approach. To begin with, the required notifications were published in English and Afrikaans newspapers, but never in isiZulu or isiXhosa – the languages predominantly spoken by the affected communities. In addition, the notifications were "communicated" to the communities solely in writing, taking no account of local literacy rates. Further, community hearings were held in Port Elizabeth, East London and Port St Johns – far from the communities actually affected by the respondents' activities, expecting community members to travel significant distances, at their own expense, in order to attend these forums. Crucially, the affected communities had a long history – and customary law – of avoiding "top-down decision-making" mechanisms, and followed a deeply ingrained cultural belief in consensus-seeking talks.

The duty to consult meaningfully with traditional communities is an international phenomenon. In Canada, the duty to consult seeks to protect First Nations peoples' rights while furthering reconciliation between indigenous people and the Crown. It is based on the Crown's assumption of sovereignty over lands and resources formerly held by indigenous peoples, with the Crown holding ultimate responsibility for ensuring that consultation is adequate. In 2017, Canada's Supreme Court halted seismic testing near an Inuit hamlet due to Canada's failure to, inter alia, consult meaningfully with the community about the impact of seismic testing [Clyde River (Hamlet) v. Petroleum Geo-Services Inc. (2017 SCC 40)]. The duty to consult was especially necessary because these Inuit populations depend heavily on land, sea and ice as continuous areas of activity in which they seek cultural, social and economic fulfilment.

The Sustaining the Wild Coast NPC judgment makes it clear that petroleum companies are expected to form a deeper understanding from the communities themselves as to how the consultation process may best be arranged to accommodate their customary law and practice, prior to any formal talks being had. This ensures that there is a built-in protection for affected communities' particular circumstances, allowing for members to take a meaningful part in the consultative process. This, on terms which not only respect their cultural practices but place members and their custom at the centre of a long and arduous process, will have a significant and long-term impact on their surrounding environment. Consultation with affected communities can no longer be seen as simply a task to be completed before the real work may begin, but must form the core of every decision taken during those processes.

The court's ruling on the formulation of consultative process greatly improves the protection of affected communities' consultation rights, indicative of the growing body of jurisprudence taking the right to culture ever more seriously.

Goetsch is an Associate and Johnson a Candidate Attorney with Ward Brink. Ron Ward, Founding Partner, signed off the article.

without prejudice sub-editor Gail Schimmel comments that based on the articles she has read, there seems to be no concern for the terrible harm to the sea life and marine ecology in this decision. It appears that if the communities conclude that they are comfortable with the testing, then the seismic testing can start again at the most horrific cost to the coastal ecosystem. – Ed.