By IAN JACOBSBERG AND SANDILE SHONGWE, Published in Spotlight on energy law

Following the Climate Change Conference that took place in Glasgow in November 2021, the South African government announced that various foreign governments had offered the country an amount of US$8.5 billion (around R131 billion) to help South Africa transition from coal to clean energy. While a significant proportion of this amount is to be used for Eskom's transitioning plans, funding will also be allocated towards the development of new sectors generating or relying on "clean energy", such as electric vehicles and development of green hydrogen plants. Following this, the Minister of Mineral Resources and Energy published a "Gas Master Plan base case report" for public comment. The report envisages the exploitation of both onshore and offshore gas deposits as a prime source of energy for South Africa. 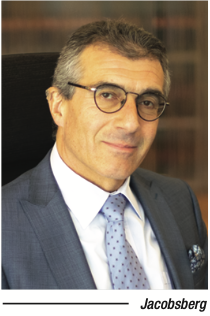 Already in 2012, then Minister of Finance, Trevor Manuel identified Public-Private Partnerships (PPPs) as a suitable vehicle for infrastructure development in the National Development Plan. A PPP is a long-term contract between a private party and a public sector institution, where the private party performs a function that is usually provided by the public sector, taking on technical, financial and operational risk and management responsibilities, but making use of state assets. The PPP model is based on the premise that the public and private sectors each have certain advantages vis-à-vis the other that can be brought to bear on a particular project. As such, the PPP model is well-suited to the implementation of South Africa's "clean and green" energy project.

How are PPPs structured?

PPP projects rely on a variety of financial structures, including equity, debt and, in some instances, government capital contributions.

PPPs take a wide range of forms, varying in the extent of involvement and risk taken by the private sector party. National Treasury categorises the different types of contractual arrangements as:

In 2000, pursuant to these legislative measures, South Africa established a PPP unit to, inter alia:

Until 31 March 2013, the PPP unit was a division of the Budget Office Division in the National Treasury. Now the unit is part of the Government Technical Advisory Centre (GTAC), which is an agency of the National Treasury, established to support public finance management through professional advisory services, programme and project management and transaction support.

The GTAC reports to the Minister of Finance and is established as a government component in terms of the Public Service Act. The technical functions of the PPP unit are critical for GTAC, and the technical assistance activities include:

Regulation 16 of the PFMA sets out three procedural steps to be fulfilled by the accounting officer or accounting authority at the government agency, prior to Treasury approval of a PPP. These are:

The relevant treasury will approve a material amendment only if it is satisfied that the PPP agreement, as amended, will continue to provide –

Implementation of government's plans to establish alternative sustainable and environmentally friendly sources of energy will require vast resources of finance, expertise, technology and manpower. It is unlikely that any one organisation will have ready access to all these and, for that reason, there is extensive scope for the establishment of PPPs to bring these plans to fruition.

Jacobsberg writes in his personal capacity. Shongwe is an associate with Andersen (South Africa).