By NICHOLAS VELTMAN AND MBUYI KATUMBA, Published in Company Law

Directors' duties are derived from contract, statute, the company's Memorandum of Incorporation (the MOI), and common law. The common law outlines the duties of directors and how they ought to conduct themselves, including the duty of care, skill, diligence, and the duty to act in good faith, when dealing with the company. 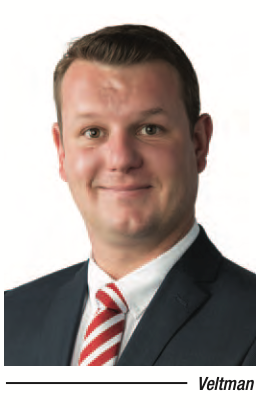 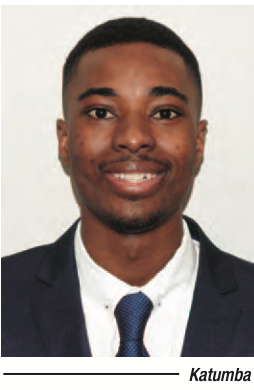 The court in Howard v Herrigel 1991 (2) SA 660 (A) stated that "At common law, once a person accepts appointment as a director, he becomes a fiduciary in relation to the company and is obliged to display the utmost good faith towards the company and in his dealings on its behalf. That is the general rule and its application to any particular incumbent of the office of director must necessarily depend on the facts and circumstances of each case."

A fiduciary duty is a commitment to act in the best interests of another person, and thus a fiduciary relationship is entered into when a person manages and protects the assets of another person and/or has the right to act on that person's behalf. Directors are to take cognisance of their duties, whether common law or statutory, to ensure that the financial interests of the company are kept close to heart. These duties should not prevent a person from holding office, but rather should encourage one to acquaint him/herself with the required duties and responsibilities.

Section 76(2)(a) of the Companies Act (71 of 2008) provides that directors have a duty not to abuse their position or any information gained from this position for personal gain; or to knowingly cause harm to the company. In terms of s76(2)(b), directors also have a duty to communicate any information that comes to their attention to the board of directors at the earliest and most practical opportunity.

Section 76(3)(b) gives directors a fiduciary duty to act in the best interests and for the benefit of the company. It should be noted that the duties imposed under s76 are in addition to, and not in substitution for, any duties of the director of a company under the common law. This means that the courts may still have regard to the common law and past case law when interpreting the provisions of the Act.

Section 77, read with s22(1) of the Act penalises and holds directors personally liable to the company for any loss, damages or costs sustained by the company in defined circumstances. Although s77 places personal liability on directors, the common trend with regards to liability shows that liability is not absolute, but is largely linked to some form of wrongfulness on the part of the director.

In terms of s218, when a director is in contravention of the provisions of the Act, they are liable to any other person for any loss or damage they may suffer as a result of that contravention.

Unica was criminally charged and paid fines in terms of a plea agreement. In a high court claim for damages based on s218 of the Companies Act and breach of Mirchandani's common law fiduciary duties, his co-directors testified that they were unaware of the applicability of NEMA when concluding the profit agreement.

Mirchandani contended that NEMA provisions were not complied with due to deliberate and conscious decisions by Unica's board, as the company could ill-afford the delay in establishing the plant. Unica was successful in its damages claim, and Mirchandani successfully instituted an action for his director's salary and agreed wages. Both parties appealed the judgments against them.

Unica attempted to rely on Breetzke and Others NO v Alexander [2020] JOL 48345 (SCA), in support of its argument that Mr Mirchandani breached his fiduciary duties in terms of s218 of the Act. The Supreme Court of Appeal held that the reliance was misplaced, as the facts in the Breetzke matter were different from the facts in the Mirchandani matter. In Breetzke, a trustee exploited his position to advance his own interests over the interests of the trust which he had a duty to serve. The court, in Breetzke, unequivocally stated that "the fiduciary must place the interests of the other party to whom the duty is owed before their own."

Unica failed to prove that the term it relied on in the profit agreement was express, tacit or implied and there was no suggestion nor evidence that Mr Mirchandani had breached his fiduciary duties to Unica in order to advance his own interests.

On the contrary, as a Technical Director, the Supreme Court of Appeal held that if he had breached the provisions of NEMA, it was in the furtherance of Unica's interests and not for his own. This breach by Mr Mirchandani resulted in Unica becoming operational and profitable. The Supreme Court of Appeal held that the alleged breach of the fiduciary duties owed to Unica in not complying with the provisions of NEMA was solely for the benefit of Unica and the plant, and not for his own.

The Supreme Court of Appeal further held that, at best for Unica, Mr Mirchandani 'was, at most, incompetent, if at all'. He may have done his 'incompetent best' to see to it that Unica was operational and profitable and, therefore, it could not be said that 'he was unfaithful and disloyal to Unica and thus breached his fiduciary duties to the company'.

Veltman is a Partner and Katumba a Candidate Attorney with Beech Veltman.