By BUSISIWE KOLWENI AND SHERIZAD SACKS, Published in Consumer Law

This article seeks to explore the effects of the Truworths Limited v Minister of Trade and Industry 2018(3) SA 558 (WCC) judgment on the advancement of credit, since Regulation 23A(4)(c) was the only provision of the National Credit Act (34 of 2005) (the NCA) which provided clear guidelines of how income should be validated. 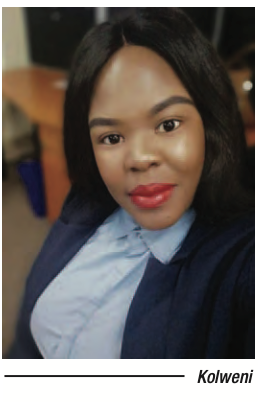 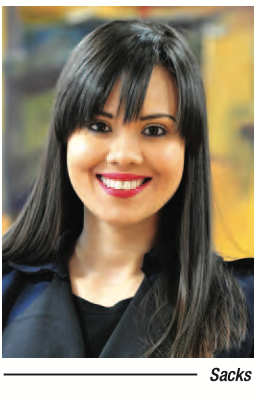 Section 82(1) of the NCA places an obligation on credit providers to have their own evaluative mechanism in place to conduct affordability assessments on consumers prior to entering into credit agreements. It is important to note that this section did not provide further guidelines on how the affordability assessment should be conducted, nor did any other provision of the NCA until the National Credit Act Amendment Act came into force in March 2015.

On 13 March 2015, the National Credit Amendment Act (19 of 2004) came into effect and introduced, amongst others, Regulation 23A(4)(c) which included specific criteria to be followed by credit providers when conducting an affordability assessment before granting credit to consumers.

Regulation 23A(4)(c) required credit providers to use three months' bank statements and/or three pay slips when validating the income of a potential consumer.

On 16 March 2018 (in the Truworths' case), the Western Cape Division, declared Regulation 23A(4)(c) unconstitutional on the basis that the requirement for the validation of gross income using three months' bank statements and/or pay slips unfairly discriminated against consumers who were not formally employed and had no access to the required documentation.

The case explored whether the prescribed form of validation of income in respect of the category of people mentioned in Regulation 23A(4)(c) unfairly discriminated against the less privileged members of society.

The applicants in the matter, Truworths Group, Foschini Group and Mr. Price Group, with the South African Human Rights Commission as amicus curiae, made an application to have Regulation 23A(4)(c) of the NCA set aside, based on, amongst others, unfair discrimination and unreasonableness.

The case was based on discrimination and unreasonableness and centered on the fact that Regulation 23A(4)(c) required that self-employed and informally employed customers were also obliged to produce three months' bank statements and/or three latest financial statements to validate their income when applying for credit.

The argument made by the Applicants was that the category of people mentioned in Regulation 23A(4)(c) consists largely of the poorer and less privileged members of society. In respect of those persons, the prescribed form of validation of income was inappropriate and, in many cases, impossible. As a result of the prescribed form of validation, the less privileged members of society were not able to access credit.

The court held that "it is common cause that there is a significant portion of the South African population that does not have bank accounts". The court held that people should be able to produce alternative forms of validation, otherwise they would not have access to credit.

One of the significant changes brought about by the Truworths judgment is that it opened the credit space to people who are informally or self-employed and could not produce proof of income in the form of bank statements and/or pay slips. This aligned with the purpose of the NCA, which is to promote fair, transparent, and effective accessible credit for everyone.

The judgment has taken the credit advancement market back to an era prior to the amendments, in that, once again, there are no clear guidelines on how income must be validated by credit providers.

In as much as Regulation 23A(4)(c) was set aside, s82(1) remains in existence, and requires credit providers to determine their own evaluative mechanism in meeting their assessment obligations under s81 – provided that the mechanisms are fair, objective and not based on unfair discrimination.

What does this mean for credit providers?

The setting aside of Regulation 23A(4)(c) did not do away with the need to validate a consumer's income. Credit providers still have a duty to have procedures in place to assess consumers' affordability which, amongst others, includes a duty to validate their gross income, and that should not be limited to pay slips and/or bank statements.

Other alternative forms of validation of income must be used and be accepted by credit providers in view of the credit market being open to everyone.

What can be considered reasonable steps to verify income?

Verification is independent from the consumer who is applying for credit. For example, would a letter of employment from a domestic worker who provides their employer's contact details, details of salary, et cetera, be considered sufficient proof of income?

Moreover, could informal traders produce affidavits attesting under oath to their weekly or monthly income? It is of paramount importance that the legislature consider the impact of the Truworths case and provide clear guidelines. The only protection a credit provider has in the event that a customer is dishonest in their declarations is provided for in s81(4) of the NCA. The test for reasonableness must consider each consumer's circumstances and, therefore, there cannot be a blanket approach.

While the Truworths judgment set aside Regulation 23A(4)(c), credit providers should carefully consider to whom they grant credit, and continue to apply income verification standards within their internal policies, without infringing on the rights of consumers. Since the judgment did not provide the forms of credible information that credit providers must accept from unbanked and informal traders, it is up to the legislature to provide clarity in this regard. It seems credit providers must determine their own standards of sufficient confirmation. This they can do by accepting any form of document that reflects the consumer's income, if it is accompanied by an affidavit.

There is no doubt that the Truworths judgment has left credit providers in the dark on how to validate income, and what is an acceptable means of proving income.

Kolweni is a Legal Officer with Absa. The article was co-authored by Sacks, Senior Legal Counsel with Absa.